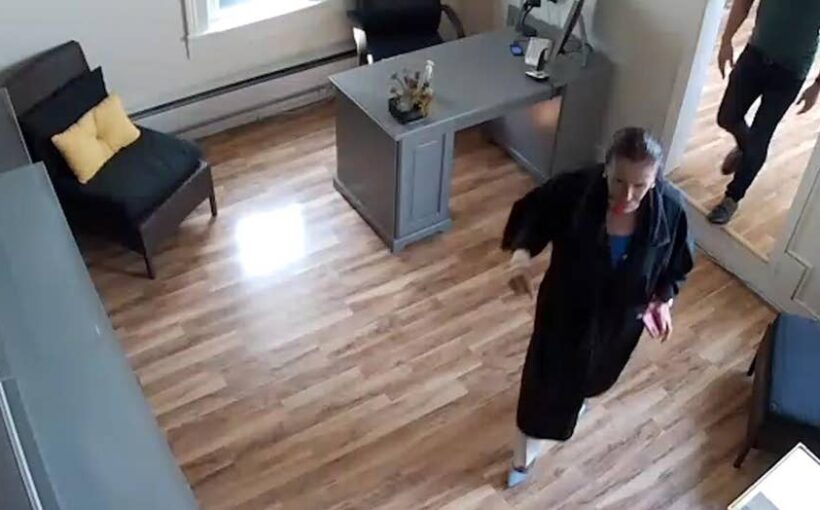 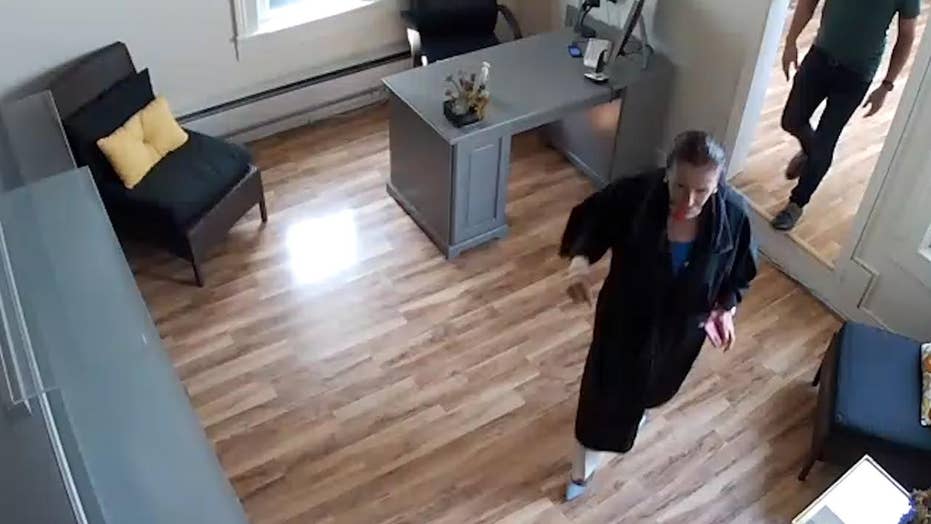 In security footage obtained by Fox News, and timestamped Monday at 3:08 p.m. Pacific Time, the California powerhouse is seen walking through ESalonSF in San Francisco with wet hair, and without a mask over her mouth or nose.

The stylist doing her hair can be seen following her wearing a black face mask.

Salons in San Francisco had been closed since March and were only notified they could reopen on Sept. 1 for outdoor hairstyling services only.

‘I am sharing this because of what everyone in my industry and my city … is going through right now.’

President Trump reacted in a tweet Wednesday: “Crazy Nancy Pelosi is being decimated for having a beauty parlor opened, when all others are closed, and for not wearing a Mask – despite constantly lecturing everyone else. We will almost certainly take back the House, and send Nancy packing!”

Salon owner Erica Kious, in a phone interview with Fox News on Tuesday, shared details of Pelosi’s visit. Kious explained she has independent stylists working for her who rent chairs in her salon.

“One of the stylists who rents a chair from me contacted me Sunday night,” Kious said.

A screengrab of the text message she received from one of her stylists, and obtained by Fox News, said: “I’ll be there at 2:45 tomorrow. Pelosi assistant just messaged me to do her hair.” 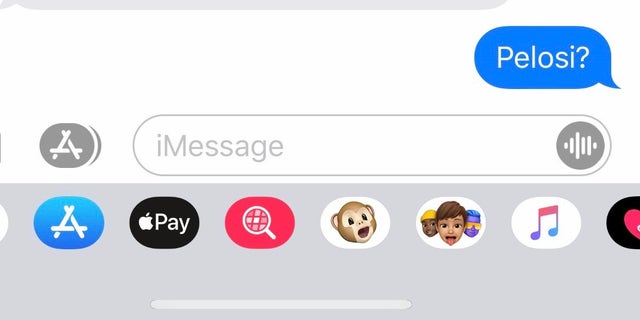 A text message from a hairstylist to Erica Kious, salon owner, that he would open the salon to provide House Speaker Nancy Pelosi services.

“I was like, are you kidding me right now? Do I let this happen? What do I do?” Kious told Fox News, while noting that she “can’t control” what her stylists do if they rent chairs from her, as “they’re not paying” at this time.

“It was a slap in the face that she went in, you know, that she feels that she can just go and get her stuff done while no one else can go in, and I can’t work,” Kious told Fox News, adding that she “can’t believe” the speaker didn’t have a mask on. (From the footage, it appears Pelosi had some kind of covering around her neck.)

“We’re supposed to look up to this woman, right?” Kious said. “It is just disturbing.”

Asked for comment, Pelosi spokesman Drew Hammill maintained that the speaker was following the rules as presented to her.

“The Speaker always wears a mask and complies with local COVID requirements. This business offered for the Speaker to come in on Monday and told her they were allowed by the city to have one customer at a time in the business. The Speaker complied with the rules as presented to her by this establishment,” he said.

But the owner pushed back.

Kious said Pelosi received a wash and a blow-dry, but told Fox News that “you’re not supposed to blow dry hair” according to coronavirus safety precautions for hair salons.

“We have been shut down for so long, not just me, but most of the small businesses and I just can’t – it’s a feeling – a feeling of being deflated, helpless and honestly beaten down,” Kious said.

“I have been fighting for six months for a business that took me 12 years to build to reopen,” she explained. “I am a single mom, I have two small children, and I have no income.”

She added: “The fact that they did this, and she came in, it’s like a slap in the face.”

Kious told Fox News that she had expected to be able to reopen her salon in July, and prepared her space in accordance with local guidelines.

“There were rules and regulations to go by to safely reopen, which I did, but I was still not allowed to open my business,” she said, noting that she installed plexiglass partitions between sinks and seating areas, and ensured that all salon chairs were six feet apart, along with proper air circulation from open windows.

“They never let us open,” she said, while adding that she is unable to reopen outside because her salon specializes in hair color, and using chemicals outside is prohibited.

But Kious said she is not alone in the hardships she has faced amid closures during the coronavirus pandemic.

“This is for everybody,” she said. “I am sharing this because of what everyone in my industry, and my city, what every small business is going through right now.”

Kious told Fox News that she was a recipient of a $12,000 Paycheck Protection Program loan, which was created to help small businesses stay afloat amid the pandemic under the bipartisan CARES Act (which Pelosi backed), but still is forced to shut down her salon for good within the next 30 to 60 days.

“No one can last anymore,” she said. “I have also lost 60 percent of my clientele because everyone is fleeing the city.”

Kious said that the area where her salon is located has turned into “a third world country,” saying that “every other storefront is completely vacant and shut down and boarded up.”

“And because of the shutdown, and the store closures, we’ve lost people, my clients, and my employees, and that is due to the politics in San Francisco,” she said, adding that the homeless population is “everywhere” and “defecating” all over the city.

“It has gotten so extreme,” she said. “It is so night and day from what it was a year ago, that everyone is fleeing.”