Penny Mordaunt won the backing of 83 Conservative MPs on Thursday, just behind the frontrunner in the Tory leadership race, Rishi Sunak, who got 101 votes. Ms Mordaunt is a favourite to succeed outgoing Prime Minister Boris Johnson after he resigned last week. She has drawn in Tories with her promises of returning the party to its core policies of “low tax, small state, personal responsibility”. As the MP for Portsmouth North sets out her vision for Britain, details of her colourful past have resurfaced.

One blot on her copybook is an innuendo-packed speech she gave about poultry welfare in 2013 in which she repeatedly forced in the words, “cock”, “lay” and “laid” several times after losing a bet with her Royal Navy colleagues.

The former Defence Secretary also starred in celebrity diving show ‘Splash!’ in 2014, a role her critics claimed she should have turned down so she could focus on her work as MP.

Writing in her 2021 book ‘Greater: Britain After the Storm’, the MP said the acclaimed war reporter, who has been covering the conflict in Ukraine, looked “like an Edvard Munch painting”.

Munch was a Nineteenth Century Norwegian artist who is renowned for his famous 1893 painting, ‘The Scream’, which features a figure with a skull-shaped head wailing in horror. 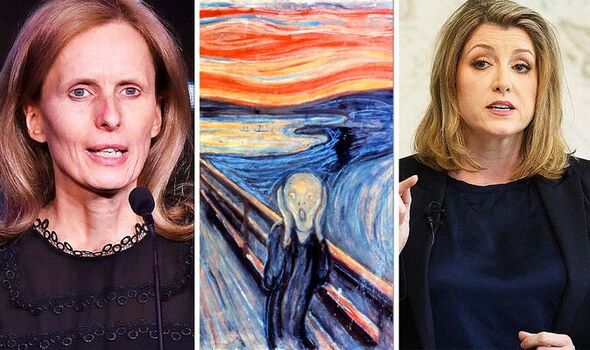 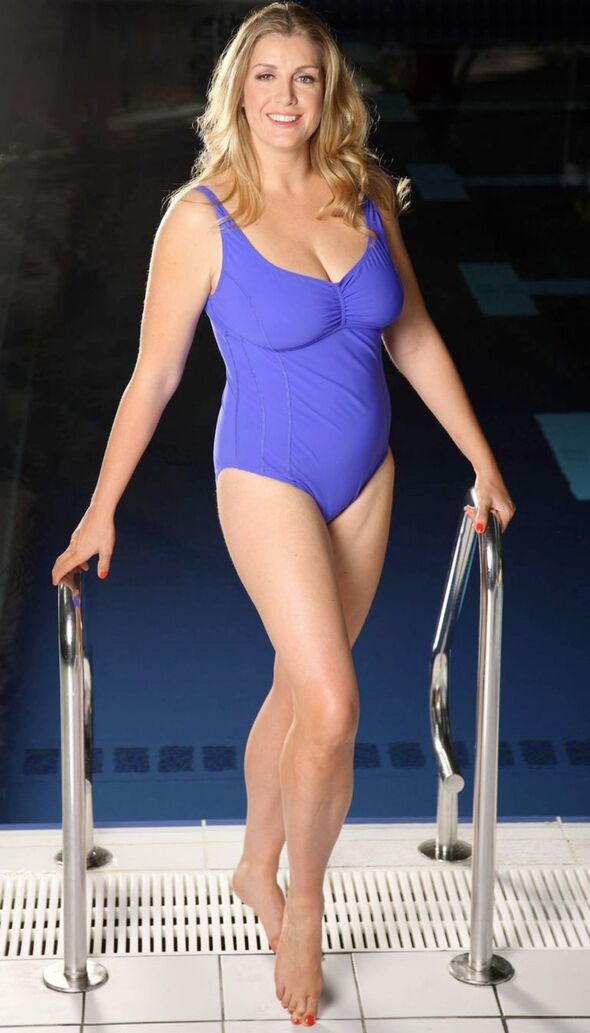 “Available settings include ‘Harrowing’ or ‘Off’. Does every BBC News at Ten presenter have a default setting of miserable?

The two writers make their case for the wealth of opportunity that awaits the UK outside the EU. 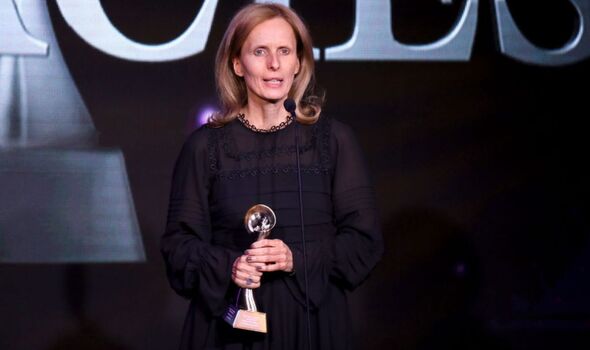 The pair discuss British culture and institutions such as the BBC, taking a nostalgic look at what makes Britain great.

The BBC is referenced extensively, and in one section the authors refer to alleged anti-Brexit bias at the corporation.

Discussing the UK’s four nations, they write: “If you’re sat there reading this and you’re angry, then you’re not alone. 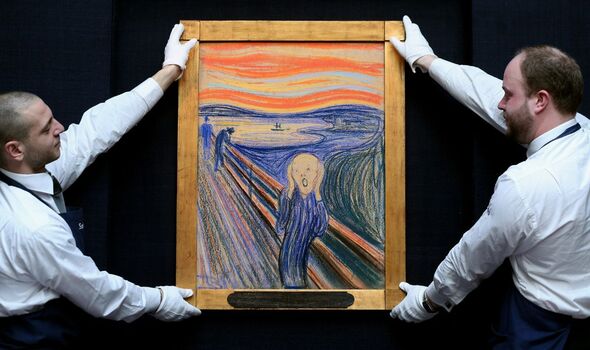 “Which is angry about the public not giving them credit because Covid has taken away their civil liberties and made them angrier by forcing them to watch the telly which is full of angry people who are angry about absolutely everything especially unionists who are angry.

“It’s an Escher diagram of the endlessly dyspeptic. Academics have taken to studying it.”

Ms Mordaunt has also hit out at the publicly funded broadcaster more recently. 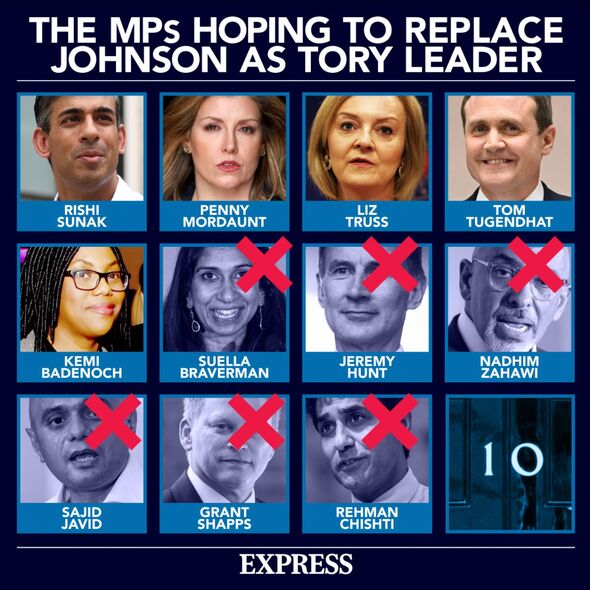 Writing in the Daily Express last month, The Tory leadership hopeful said: “It should be okay for us to love our country.

“The BBC of all organisations should know this. It says it is one of the most loved organisations in the country, yet it often fails to show reciprocity.”

‘Greater: Britain After the Storm’ was written by Penny Mordaunt and Chris Lewis and published by Biteback Publishing in 2021. It is available here.