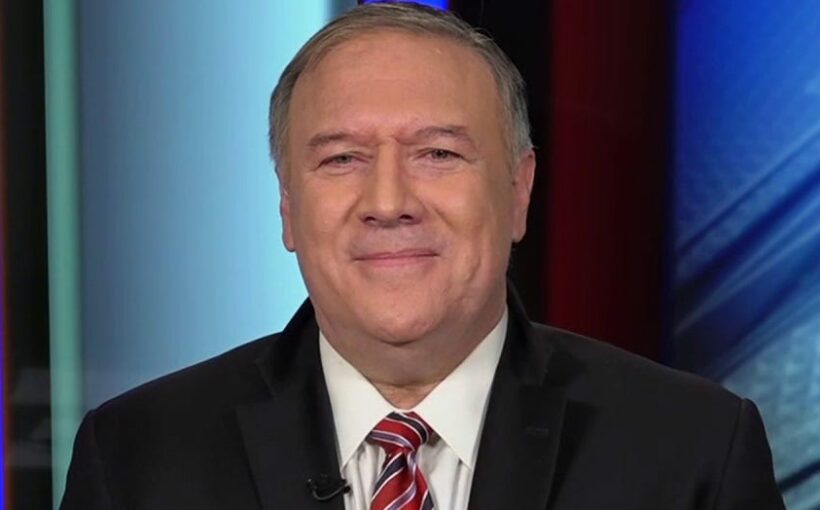 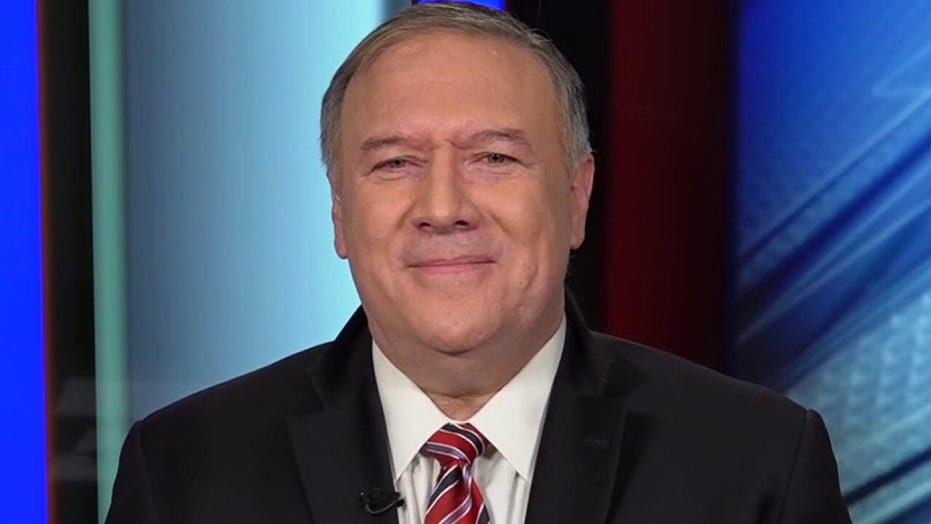 Former Secretary of State Mike Pompeo accused the Biden administration of working to make Iran America’s “senior partner” in the Middle East, calling talks with Iran “especially dangerous” for Israel, and saying factions of the Democratic Party are behaving in ways that are “fundamentally anti-Semitic.”

During an interview with Republican National Committee Chairwoman Ronna McDaniel on her podcast “Real America,” Pompeo discussed the importance of “stability and peace” in Jerusalem while accusing the Biden administration of backing Iran over Israel.

“Why you would side with Iran against our ally, Israel – that’s effectively what they’re doing,” Pompeo said.

“Think about just these first 100-plus days. There’s a group of terrorists in a country called Yemen. … They’re called Houthis – they’re tribesmen. They are an Iranian proxy. They’re clearly terrorists, and the administration says, no, we’re going to de-designate them. We’re going to say they are not terrorists,” Pompeo continued, referring to the Biden administration’s move in February to lift the designation of Houthis as a global terrorist organization. “Today, they are launching missiles into the kingdom of Saudi Arabia. The Americans traveling in Riyadh and Jeddah, all over. There will be an American killed.”

Pompeo added that the Houthis “underwrite the Palestinian Authority returning all the funding that we had taken away.”

“It is those very Palestinians that are now firing rockets into Israel,” Pompeo said. “They’re going to allow Hezbollah in Lebanon, all of these places where Iran is the most destabilizing force in that important region in the Middle East.”

“It is dangerous for the Gulf states, it’s especially dangerous for this important place of Israel that’s going to celebrate its 73rd anniversary in the days ahead,” Pompeo added.

Pompeo warned that the decisions in the Middle East “will impact us here at home as well.”

And in yet another swipe at the Biden administration, Pompeo said “the whole team’s back,” referring to members of President Biden’s national security team who served under former President Obama.

“We need to push back against them,” Pompeo said, adding that U.S. policy toward Israel was “largely bipartisan.”

“Everyone understood this was an important Democratic partner in the region. You have significant, not outlier, but significant segments of the Democratic Party that are behaving in ways that is fundamentally anti-Semitic,” Pompeo said.

“This is now sweeping into mainstream liberal ideology that somehow Israel’s existence is a threat to the world, not a glory,” Pompeo said.

Pompeo’s comments came months after the fighting between Israel and Hamas came to a stop when Israel, in May, announced a cease-fire, which was negotiated with the help of Egypt, the neighboring country that for decades has served as a mediator in conflicts in the region.

The White House was reacting and condemning Tehran’s “dangerous and despicable” alleged plot to kidnap a U.S. citizen on U.S. soil.

“We categorically condemn Iran’s dangerous and despicable reported plot to kidnap a U.S. citizen on U.S. soil, we will forcefully defend U.S. citizens and U.S. interests,” White House press secretary Jen Psaki said last week. “That includes law enforcement actions like the one announced yesterday, as well as the actions the president has taken to defend U.S. forces in the region from Iranian backed militant groups.”

Psaki added that it also includes the administration’s “diplomatic effort to constrain Iran’s nuclear program,” calling it one of its “most important and urgent actions.”

“It is the actions to attempt to silence the voices of those peacefully working to address the situation both inside of Iran and outside of Iran that are appalling,” Psaki continued. “We will continue to speak out against that, and obviously, law enforcement authorities will take appropriate steps.”

Iran has become more aggressive in recent years about seizing opposition journalists and dissidents abroad amid tensions over its tattered nuclear deal.