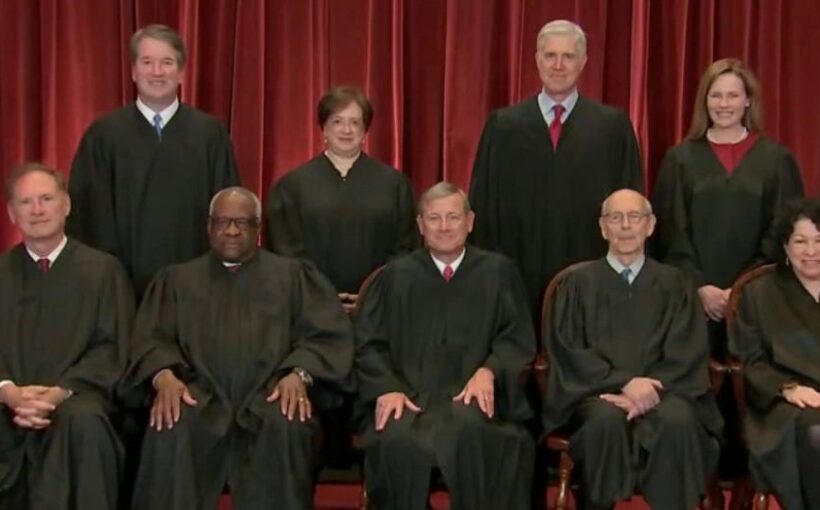 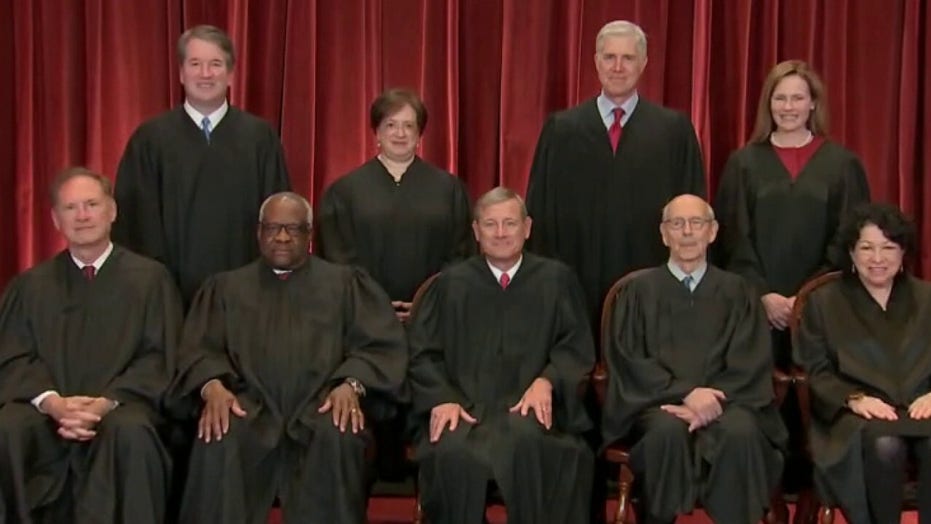 Will an abortion case renew push for court packing?

“The consequences for … popular democracy could be dire.” Those ominous words from Eric Levitz in the New York Magazine are enough to chill one to the bone after a year of alleged insurrections and plans for a conservative coup. Indeed, the magazine itself has disclosed a Republican strategy to kill Americans with COVID-19.

What is now the existential threat to democracy? A new Gallup poll showing that Chief Justice John Roberts is the most popular political figure in public life.

The apoplectic response of many in the media was notable with liberals asking, “What’s wrong with you, America?” Yet, none was more revealing than the New York Magazine in explaining the reason. After all, it would not seem to take much to be the most popular in a class of public officials widely despised by the public. The three highest-ranking congressional leaders – Speaker Nancy Pelosi, D-Calif., Senate Majority Leader Chuck Schumer, D-N.Y., and Senate Minority Leader Mitch McConnell, R-Ky. – remain highly unpopular at 48, 40, and 48% disapproval, respectively. 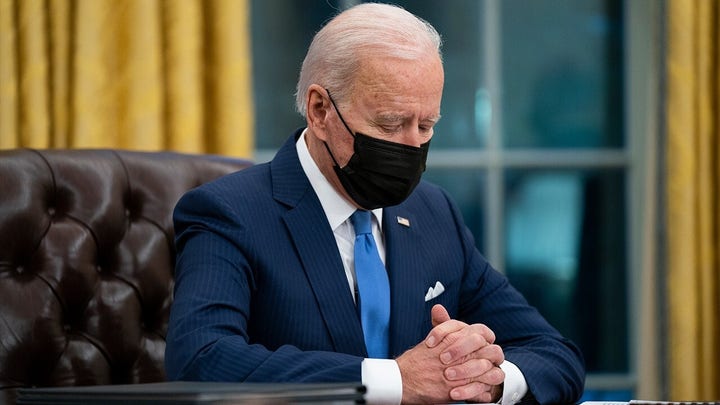 So why is Roberts’ 60% approval rating so crushing for democracy? Because, Levitz explained, “If the Court’s right-wing majority finds that it can continually push the boundaries of conservative judicial activism without undermining its own popular legitimacy, then the consequences for progressivism and popular democracy could be dire.”

Unpack that line for a second.

First, Levitz is saying that the goals of the left would be scuttled if the court or its members are popular. For over a year, many in the media and Congress have launched unrelenting attacks on the court and pushed an agenda to pack the court to create an instant liberal majority. They know that court-packing is widely detested by the public (as it once was by President Biden and many on the left). In order to achieve such a goal, the justices must be demonized like much else in our age of rage. But it is not working if 60% of the public actually like the chief justice.

Levitz assumes that if the justices or the institution were unpopular, it would compel different outcomes or changes on the court.

It is also worth noting that the stated goal is “popular democracy.” The term is often associated with “direct democracy,” where citizens have unfiltered and direct say in government decisions. It was the model expressly rejected by the Framers in favor of our system of representative democracy. In Federalist 10, James Madison wrote: “Pure democracies have ever been spectacles of turbulence and contention; have ever been found incompatible with personal security or the rights of property; and have in general been as short in their lives as they have been violent in their deaths.”

Instead, he created a system by which public passions could be filtered or expressed through a smaller group of representatives, officials who could temper and refine popular impulse. 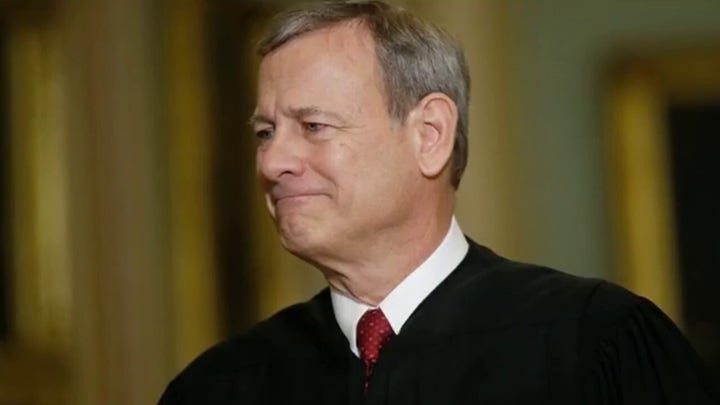 In addition to our system of representative democracy, we have institutions designed to resist popular impulse or demands. The U.S. Supreme Court is the principal example. Justices were given life tenure to insulate them from such pressures and intimidation. The court is designed to stand against majoritarian demands and what Madison called “the tyranny of the majority.”

That system has served us well. It was the counter majoritarian role that allowed the court to strike down bans on interracial marriage, decriminalize homosexuality and protect the rights of the accused. Those were unpopular acts, but the court followed the Constitution rather than the polls.

Levitz assumes that if the justices or the institution were unpopular, it would compel different outcomes or changes on the court. Ethical jurists on both the left and the right reject that notion as the very antithesis of the rule of law. 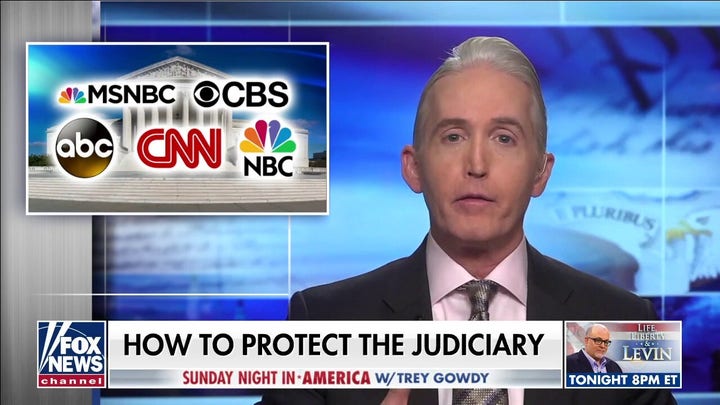 The left once celebrated the independence of the court in ordering relief that was denied or blocked in Congress like desegregation. After Brown v. Board of Education, political groups responded with the same anger of Levitz with “Impeach [Chief Justice] Earl Warren” billboards.

This year, extreme groups like Demand Justice have run their own billboards targeting justices like Stephen Breyer to push them to retire. With the support of many law professors, they are also demanding that Congress pack the court to create an instant liberal majority.

As in the 1960s, Democratic politicians are issuing direct warnings to the justices to rule “correctly,” or face consequences. Professors have declared that “our Constitution isn’t working” because they are not seeing the outcomes that they deem to be correct. Senators and commentators are now calling for “revolution” and “rebellion” to achieve what cannot be achieved in a system that has worked for over two centuries to preserve stability and freedom for our country. 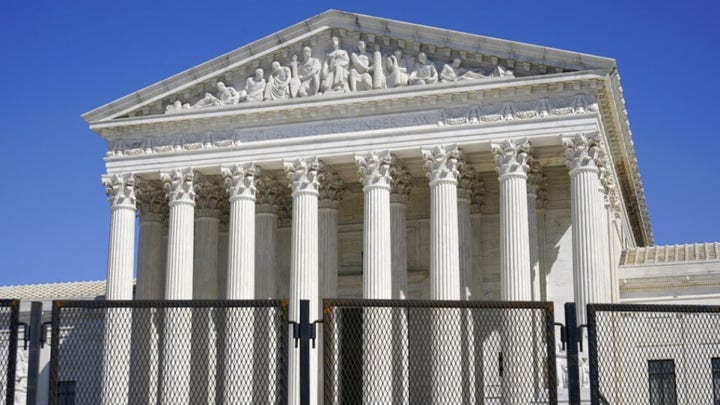 As many on the left attack those who encouraged “insurrection,” such rhetoric is perfectly fine in pursuit of a progressive cause. After all, Rep. Alexandria Ocasio-Cortez, D-N.Y., asked why we should preserve an institution if it is not going to vote consistently with her views and those of the Democratic Party: “How much does the current structure benefit us? And I don’t think it does.”

That brings us back to Roberts and his pesky popularity. You cannot achieve a revolution without people getting really angry. Yet, despite a steady drumbeat in the media, it is not working. Indeed, the Gallup poll shows the diminishing power of the mainstream media, which has largely abandoned half of the country with its embrace of “advocacy journalism.”

Levitz is one of the writers who previously denounced reporters who have been critical of Biden and openly editorializing “against the White House’s policy.” The result is that all of that advocacy journalism is just “singing to the choir” – independents and conservatives left a long time ago as our media have become more of a series of hardened silos for echo journalism. 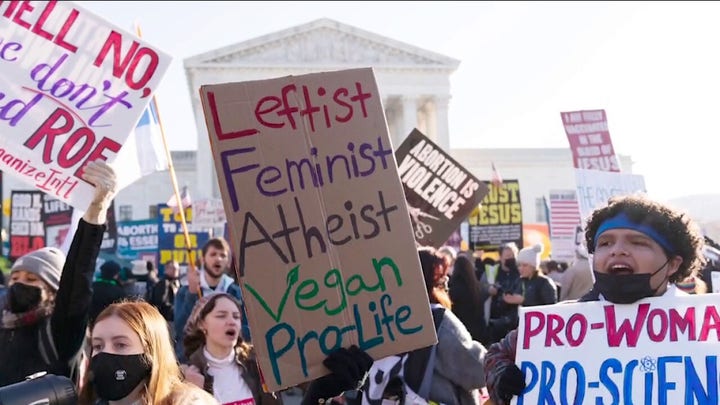 With the courts and the public not responding, it is hard to bring about the “revolution” promised by members and commentators. You need an angry populace to tear down institutions that stand in the way. You need to destroy the legitimacy of the court itself.

Levitz put it best: “In other words: Even if the Court overreaches on abortion and forfeits its popular support, the conservative judicial project is likely to endure. And given Roberts’ current poll numbers, it’s not even clear that Roe’s invalidation will durably erode public reverence for the judiciary.”

Putting aside the notion of “overreaching” by a court limiting its own authority in favor of the states, the problem is that all the attacks in the media have not “eroded public reverence for the judiciary.” The scary thought for Levitz is that, if conservative justices are respected, there is little hope for forcing the court to yield to demands of “progressivism and popular democracy.”

Of course, it really does not matter if Roberts is the most popular among unpopular choices. As the iconic liberal statesman Adlai Stevenson once said, “My definition of a free society is a society where it is safe to be unpopular.”