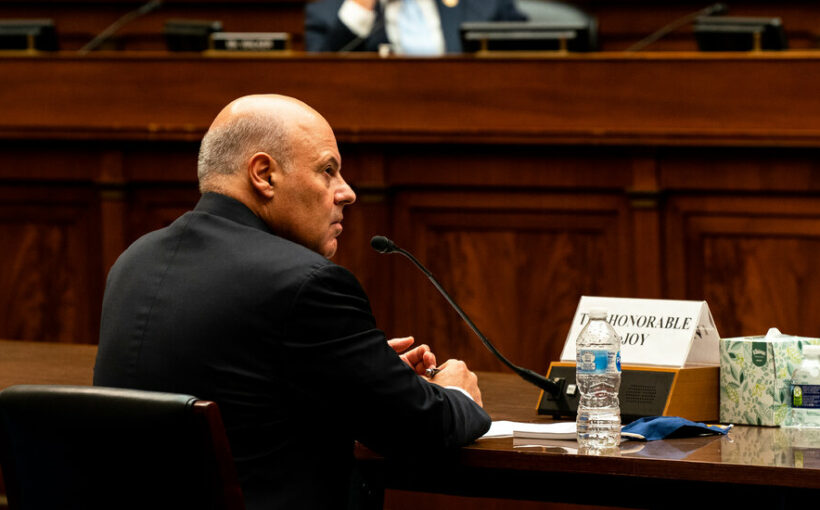 The Justice Department is examining Louis DeJoy’s role in political donations made by employees of a company that he ran. 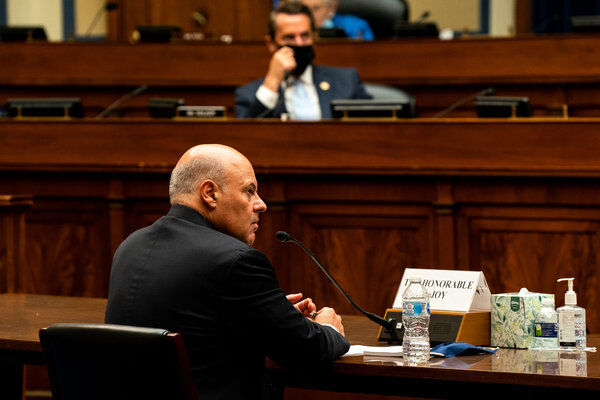 WASHINGTON — The Justice Department is investigating the postmaster general, Louis DeJoy, over possible violations of campaign finance laws while he was running a company and building a reputation as a top Republican donor, his spokesman said on Thursday.

The investigation focuses on campaign contributions made by people employed by New Breed Logistics, the company in North Carolina that Mr. DeJoy led from 1983 to 2014, before he was appointed postmaster general a little over a year ago during the administration of President Donald J. Trump. Mr. DeJoy was a leading donor to Mr. Trump in the 2016 campaign.

“Mr. DeJoy has learned that the Department of Justice is investigating campaign contributions made by employees who worked for him when he was in the private sector,” said the spokesman, Mark Corallo.

“He has always been scrupulous in his adherence to the campaign contribution laws and has never knowingly violated them,” Mr. Corallo said. He added that Mr. DeJoy was cooperating with the inquiry.

Mr. DeJoy has received a grand-jury subpoena for information connected to the investigation, according to a person familiar with the inquiry who spoke on the condition of anonymity to disclose details related to the grand jury.

Spokesmen for the Postal Service, the Justice Department and the F.B.I. declined to comment.

The Washington Post, which reported the existence of the federal investigation into Mr. DeJoy on Thursday, reported last year that some New Breed Logistics employees believed that Mr. DeJoy and others close to him had pressured them to contribute to Republican candidates.

Some of them told The Post and The New York Times last year that the company provided bonuses to employees who made contributions. Three employees told The Times then that it was widely believed that the bonuses were meant to reimburse the political donations.