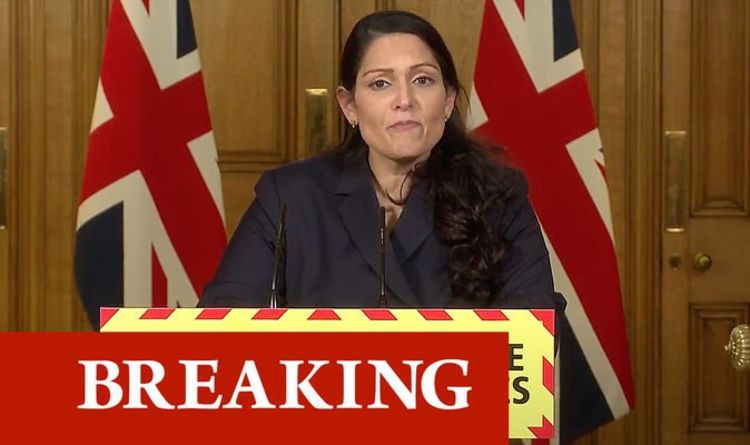 Anyone caught at a party will be slapped with a £800 fixed penalty notice, with the amount doubling each time they are caught up to a maximum penalty of £6,400. Speaking at the No10 coronavirus briefing this evening, she said the next penalties would apply to anyone found in a group of 15 people or more.

The Home Secretary said “irresponsible behaviour” was putting the public at risk and tough action would be taken against those who were helping to fuel the spread of the virus.

She said: “The science is clear: such irresponsible behaviour poses a significant threat to public health.

“Not only to those in attendance but to our wonderful police officers who attend these events to shut them down.”

Ms Patel was joined by Martin Hewitt, Chair of the National Police Chiefs’ Council, who welcomed the new fines saying he hoped they would act as a “disincentive”. 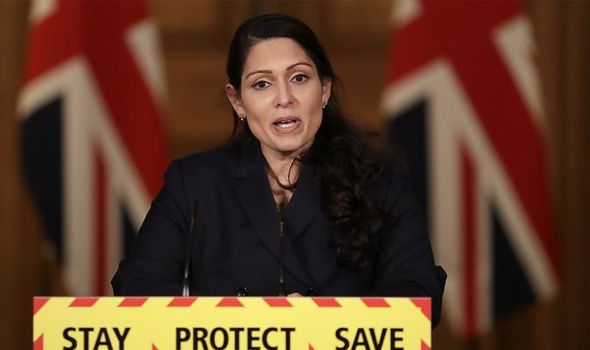 He described house parties during the pandemic as “dangerous, irresponsible and totally unacceptable”.

“I hope that the likelihood of an increased fine acts as a disincentive for those people who are thinking of attending or organising such events,” he said.

“When we see people that are putting themselves and others in danger, we will not waste time trying to reason with them.

“They are demonstrating no regard for the safety of others, or even for themselves.”

Giving examples of reckless behaviour by hooligans ignoring the rules, he said police in London had last weekend broken up a party of more than 40 people in Brick Lane.

He added the drug-induced attendees were “hostile” to the police when they broke up the gathering and had injured three officers, with one requiring hospital treatment.