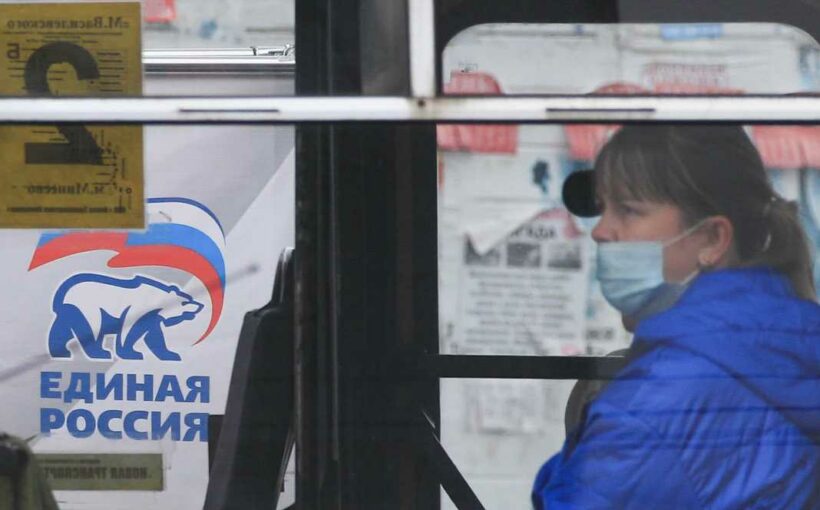 Russians vote on Sunday in the final stretch of a three-day parliamentary election that the ruling party is expected to win after a sweeping crackdown that crushed Kremlin critic Alexei Navalny's movement and barred opponents from the ballot.

The expected win by the ruling United Russia party will be used by the Kremlin as proof of support for President Vladimir Putin despite malaise over years of faltering living standards.

The party that backs Russia's 68-year-old leader faces a ratings slump, state pollsters say, but remains more popular than its closest rivals on the ballot, the Communist Party and nationalist LDPR party, which often back the Kremlin.

"If United Russia manages (to win), our country can expect another five years of poverty, five years of repressions, five lost years," ran a message to supporters on Navalny's blog this week.

Navalny's allies were barred from running after his movement was banned in June as extremist. Other opposition figures allege they were targeted with dirty tricks campaigns or not allowed to compete.

A Communist strawberry tycoon says he was unfairly barred, while a liberal opposition politician in St Petersburg says two identically-named "spoiler" candidates are running against him to confuse his voters.

The Kremlin denies a politically-driven crackdown and says individuals are prosecuted for breaking the law. Both it and United Russia deny any role in the registration process for candidates.

Navalny's camp is promoting a tactical voting ploy against United Russia that authorities want blocked online. Since voting began on Friday, Google, Apple and Telegram messenger have limited some access to the campaign on their platforms. Activists accuse them of caving to pressure.

The election runs until 1800 GMT on Sunday when polling stations close in the European exclave of Kaliningrad. It is the last national vote before the 2024 presidential election. Putin, who turns 69 next month, has not said if he will run.

In Moscow, Navalny's tactical voting campaign has recommended their supporters vote for politicians like the Communist Party's Mikhail Lobanov. He said he welcomed the Navalny campaign and criticized United Russia.

"People see the glaring inequalities, they feel the effects of economic policy and the swell of repression and respond with dissatisfaction accordingly," Lobanov said.

At a polling station in Lobanov's district, three people told Reuters they had voted for United Russia and three said they had voted Communist, two of them at the behest of Navalny's team.

One Moscow pensioner who gave his name only as Anatoly said he voted United Russia because he was proud of Russia's muscular foreign policy and Putin's efforts to restore what he sees as Russia's rightful great power status.

"Countries like the United States and Britain more or less respect us now like they respected the Soviet Union in the 1960s and 70s… The Anglo-Saxons only understand the language of force," he said.

Other voters voiced anger at United Russia at a polling station in the capital of more than 12.5 million where United Russia has fared worse in recent years than in some regions.

The vote is being held alongside elections for regional governors and local legislative assemblies. It is stretched over three days as a COVID-19 precaution.