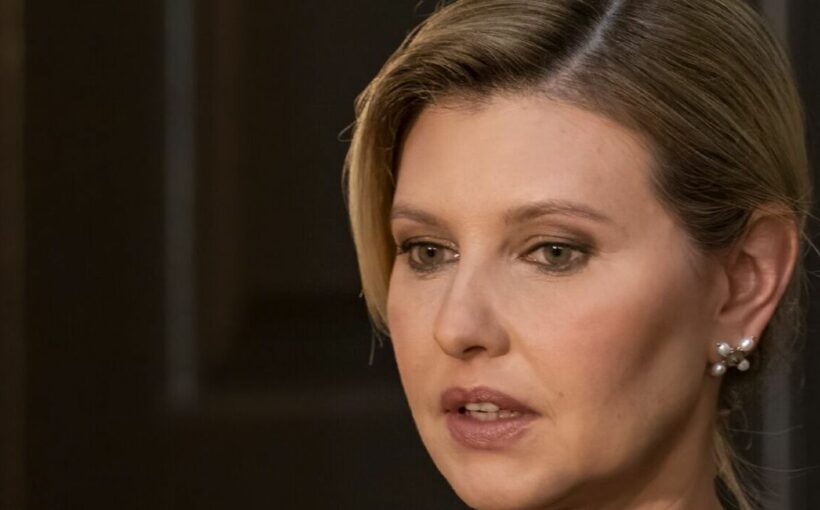 Ukraine’s First Lady Olena Zelenska has claimed Russian soldiers are using the rape of Ukrainian children and women as a “weapon of war”. Speaking at the Preventing Sexual Violence in Conflict conference in London, she also alleged that Russian wives have been authorising rape crimes for their husbands going to war in the name of the motherland.

She told the conference on Monday: “Sexually related crimes are not just about violence or threatening people, they are, in fact, another weapon in their arsenal in this war.

“This is why it’s extremely important to recognise [these] as war crimes and bring all the perpetrators to justice.

“This is systematic, because it is coming from the top down, and Russian servicemen are very open about this – they talk about this over the phone with their relatives.”

She added: “Their wives are encouraging this, [they say] ‘go on, rape these Ukrainian women, just don’t share it with me’.

“I do hope there will be, and has to be, a response from the free world to everything that’s happening in Ukraine now.”

“We will not rest in our efforts to protect potential victims and prosecute the perpetrators.”

Speaking on BBC Radio 4’s Today programme, Ms Zelenska also urged the British public not to forget the “tragedy” of the Russian invasion amid the festive season.

She also praised the UK’s vocal support for the Ukrainian resistance efforts against Vladimir Putin’s forces, as the country braces for winter.

She told the programme: “We feel that [strong support] by the aid for our forcefully displaced people, by the political and financial assistance and by humanitarian aid we are receiving from the British.

“Ukrainians are very tired of this war, but we have no choice in the matter. We are fighting for our very lives. The British public do have a choice. They can get used to our tragedy, concentrate on their own important things in life.

“My message for the British is as follows: It’s not just a war for our freedom and our lives.

“This is the war of opposing world views, the war for the values. It’s important that these are preserved. This is a fight for the truth and human values.

“We do hope that the approaching season of Christmas doesn’t make you forget about our tragedy and get used to our suffering.”