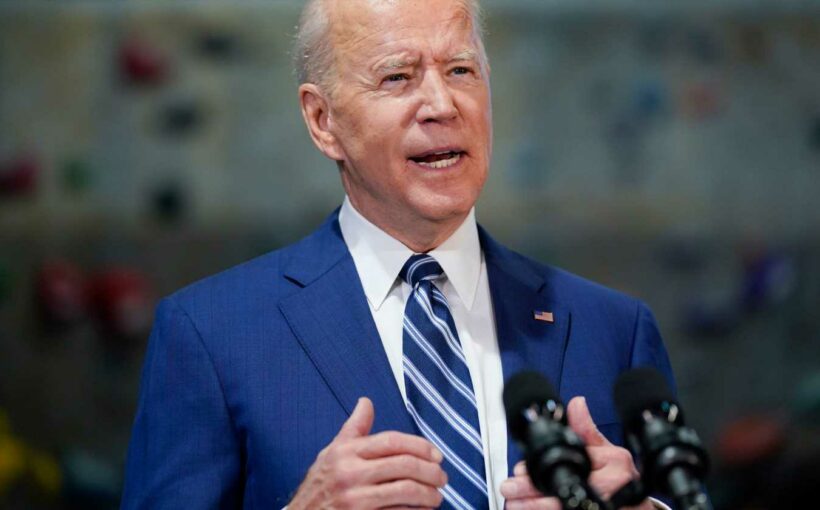 WASHINGTON – The $6 trillion budget proposed by President Joe Biden on Friday gives a fuller fiscal picture than an April preview, in which he laid out his spending priorities.

The plan covers taxes and spending for the fiscal year that begins in October. But a 10-year outlook also incorporates the multi-year spending on infrastructure, education, child care and other domestic programs proposed through what Biden has called is American Jobs and American Families plans.

It’s up to Congress, which is narrowly controlled by Democrats, to decide what gets implemented.

Here’s a look at some of the highlights:

The budget projects the federal debt would increase, relative to the size of the economy, to a higher level than during World War II.

That will give Republicans more fodder for their attacks on Biden’s “tax and spend” agenda.

The administration argues that the level of interest payments, rather than the size of the debt, is the most relevant benchmark for whether debt is burdening the economy. The government’s annual interest payments after adjusting for inflation would remain well below the historic average throughout the next decade, according to the White House.

The government would spend $1.8 trillion more than it’s projected to take in next year.

But by 2031, the deficit would decline, relative to the size of the economy, to a smaller share than it would be without Biden’s changes.

That’s in part because Biden has proposed paying for some of his ambitious agenda through higher taxes on corporations and the wealthiest households.

But the president’s plan does not address the structural deficit that existed before the pandemic. That imbalance is driven by an aging population, rising health care costs, compounding interest – and the lack of sufficient tax revenues to keep up.

Biden’s budget assumes that reductions in income tax rates approved in 2017 under President Donald Trump will still expire in 2025, as is current law. If that happens, however, that would violate Biden’s campaign to not raise taxes on Americans making $400,000 or less.

White House acting budget director Shalanda Young said there’s time before 2025 for Biden to work with Congress “to continue reforming our tax code so that it asks the wealthy to pay their fair share, raises the right amount of revenue and protects the low- and middle-income families.”

Although Biden campaigned on lowering the enrollment age for Medicare and creating a public insurance option, his plan does not include a way to do that. Instead, the proposal only calls on Congress to take action this year to lower prescription drug costs and expand and improve health coverage.

The plan notes that the money saved from reducing the amount of money Medicare pays for prescription drugs could be used to pay for coverage expansion. But congressional Democrats are divided over how to address drug prices as well as how to spend the savings.

“We know there are proposals on the hill being introduced, and we believe that is more productive to work collaboratively with Congress to develop and build consensus around specific policies that achieve his broad goals,” Young told reporters.

Biden angered anti-abortion activists and pleased abortion rights group by something he did not include in his first budget request: a ban on federal funding of most abortions.

The real fight over the issue will be in Congress where Democrats may not be able to keep the ban, known as the Hyde amendment, from being added to spending bills as it has been for decades.

But Biden’s decision was noteworthy as he was a long-time supporter of the ban until he reversed position during the 2020 campaign.

In addition, the move comes soon after the Supreme Court agreed to hear a direct challenge to Roe vs. Wade and as abortion restrictions have increased in conservative states.

The ban dramatically limits coverage of abortion under Medicaid, the health care program for the poor, and other federal programs.

When Biden became the last 2020 Democratic presidential contender to come out against the ban, he described his change in position as a matter of equity.

“If I believe health care is a right, as I do, I can no longer support an amendment that makes that right dependent” on others who are trying to limit abortion access in some states, Biden said at a Democratic National Committee event in 2019.

Anti-abortion activists argue Americans who oppose abortion shouldn’t be forced to share in the cost of abortion services through their tax dollars.

Biden’s proposal is a reversal of priorities from Trump’s budget plans, which slashed domestic programs and asked Congress for much higher military spending.

Biden is asking for a nominal increase for the Pentagon but big boosts in spending on education, housing, public health, the environment and more. The administration argues that past “disinvestment” in those areas have hurt the nation’s ability to combat climate change, rebuild the economy and address racial inequities.