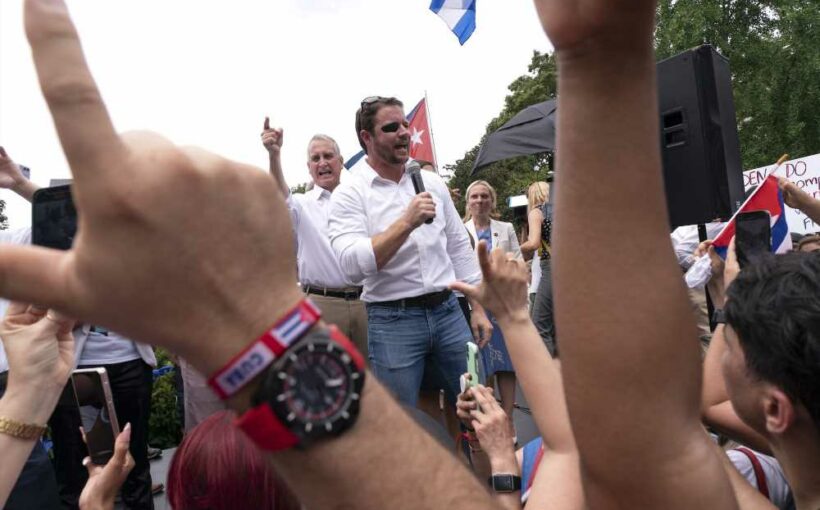 Republican Congressman Dan Crenshaw was heckled during a fundraising event because he said the 2020 presidential election was not stolen from Donald Trump.

During the Wednesday event in Illinois, Crenshaw told the crowd that claims of election fraud have been exaggerated, saying, “There’s certain states with problems, but don’t kid yourself into believing that’s why we lost, it’s not. It’s not.”

Conservative Republican and Senate candidate Bobby Piton, who posted the video on YouTube, barked lies back at Crenshaw from the audience, telling him “You’re wrong,” and that there is “plenty of proof” the election was fraudulent. There is not.

Crenshaw responded to Piton’s false claims that Arizona will overturn its election results and other states will follow, handing the White House back to Trump. “You’ve got to flip all five states to make it happen,” Crenshaw said.

'Mr. President: Your People Are Lying to You.' How Rudy Giuliani Stoked Trump's Insanity After the 2020 Election

As the two went back and forth, Crenshaw told the MAGA die-hards to get over it while still spreading the lie that voter fraud is widespread when there is no evidence to support that claim.

“It’s just something you’ve got to accept. Is there a lot of voter fraud? Yeah, there probably is. Enough that Trump won? Absolutely not. Absolutely not,” the congressman said.

While Pinton continued to yell lies from the crowd, Crenshaw told him, “You’re kidding yourself.”

Despite his pushing back on the MAGA crowd today, it’s important to remember Crenshaw is no beacon of the truth when it comes to sowing doubts of election integrity.

Not only has he advocated for suppressing voting rights, but he also voted against bipartisan legislation that would have created an independent commission to investigate the January 6th attack on the U.S. Capitol. Crenshaw also said he believes Rep. Liz Cheney’s removal from her House GOP leadership role earlier this year was not connected to her anti-Trump stance. And the congressman joined more than 100 of his Republican colleagues in December when he signed onto an amicus brief in a Texas lawsuit that asked the courts to invalidate millions of votes from four swing states won by Joe Biden. The Supreme Court rejected the suit.