Sen. Kevin Cramer, R-N.D., and Rep. Andy Barr, R-Ky., said they are taking aim at the influence of "woke corporate cancel culture" on banking with the recently introduced Fair Access to Banking Act.

“Banks should make lending decisions relying on objective, risk-based metrics, not the standards of woke corporate cancel culture,” Barr said in a statement to FOX Business. “Our legislation codifies the Fair Access Rule to ensure that radical environmentalists, gun control advocates and other political activists cannot weaponize financial institutions in their fight to achieve their political agenda."

The bill, introduced in both the House and Senate earlier in March, would punish banks that fail to comply with a civil penalty of up to $10,000 or revoking their status as an insured depository institution or insured credit union.

Cramer said the bill would ensure lawfully-compliant businesses won't lose access to banking services "just because people in power like John Kerry want to put them out of business" after Politico reported that Biden climate envoy John Kerry is pushing major banks to create a net-zero emissions banking alliance. 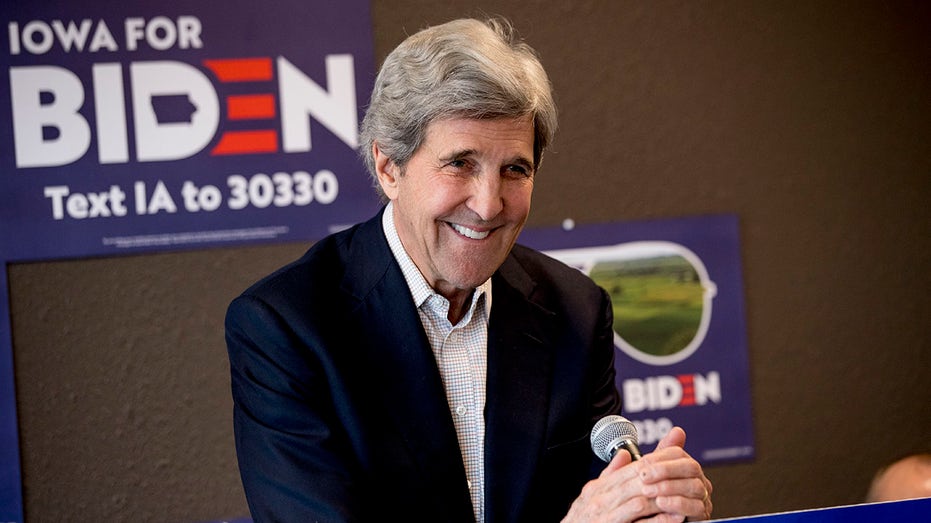 In this Jan. 9, 2020, file photo, former Secretary of State John Kerry smiles while speaking at a campaign stop to support Democratic presidential candidate former Vice President Joe Biden at the Biden for President Fort Dodge Office in Fort Dodge, I

Cramer also referenced recent actions by major U.S. banks to refuse to provide loans or credit for oil and gas drilling in the Arctic National Wildlife Refuge that was approved last year, as well as PayPal's and Capital One's restrictions on purchases of firearms and ammunition.

The bill has more than 30 Senate cosponsors.

The issue is far from brand-new. In 2020, Sen. Elizabeth Warren urged the eight biggest banks in the U.S. to release details of their assessments of and preparations for climate change.

"As climate change continues to affect our economy, it is critical to understand your bank's adaptation and mitigation strategies,” Warren wrote in a letter addressed to the CEOs of several large banks.

The Massachusetts senator requested that bank executives from JPMorgan and Chase, Citigroup, Bank of America, Goldman Sachs, Wells Fargo, Bank of New York Mellon, Morgan Stanley and State Street, respond to questions about the steps each institution is “taking to understand, adapt to, and mitigate the financial risks posed by the climate crisis.”