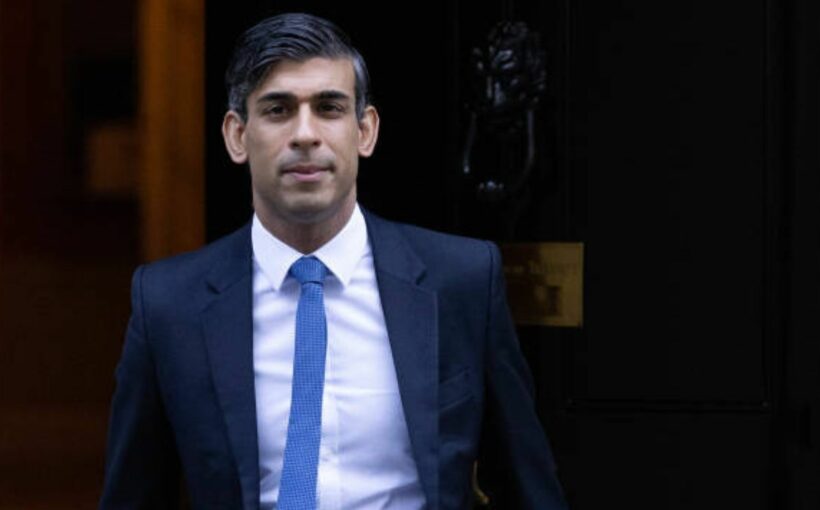 Leo Varadkar says he ‘has regrets’ over Northern Ireland Protocol

It has been reported by the Telegraph that Rishi Sunak is exploring a compromise with the European Union amid Brexit negotiations. The Prime Minister may consider a deal that European judges will continue to have a role in Northern Ireland’s legal system.

The newspaper reported that Sunak is keen to make a deal to end the dispute over the Northern Ireland Protocol.

The UK Government and EU officials are still in negotiations, which are being led by Foreign Secretary James Cleverly and the European Commission’s Vice President Maros Sefcovic.

UK officials will consider a system in which European judges will still be able to hand down judgements, and may have the final say in which EU laws apply to Ulster.

However, it has also been reported that the UK Goverment will seek to put protections in place within an “overarching framework” in order to prevent the European Commission from taking disputes straight to its court.

Any disagreement would instead go to an independent panel for review, which would ask the European Court of Justice about regulation concerns.

The newspaper also stated that UK officials were confident a deal can be made between the European Union and the Goverment, and have begun preparations on how to announce the news of Brexiteers within the Conservative Party and Democratic Unionist Party (DUP).

It is understood that members from the DUP and the European Research Group (ERG) are planning to resist the new plan.

Both the DUP and certain Tory MPs will ask that the EU courts have no role in any decision-making in Northern Ireland.

David Jones, the deputy chairman of the ERG, and Sammy Wilson, the DUP’s spokesman on Brexit, spoke together about the deal.

The pair said: “The ultimate test of any deal will be whether it ends Northern Ireland’s semi-colonial status as a client of the EU, automatically accepting EU laws without any input from elected representatives,

“That is a fundamental problem that simply can’t be fudged. A deal should address not only the symptoms of the Protocol by reducing the level of checks.

“It must also resolve the root cause of those checks, namely the fact that Northern Ireland is trapped in EU single-market rules, semi-detached from the rest of the UK, and therefore subject to the constant threat of future regulatory divergence with Great Britain.

“Ultimately, an agreement that serves merely the short-term interests of the UK and EU but does not represent a lasting settlement between both those parties and all traditions in Northern Ireland will be futile. Unionist politicians won’t accept it. It will be a failure in statecraft of historic proportions.”

Last week, Sir Jeffrey Donaldson, the leader of the DUP, addressed an ERG meeting in which both groups decided to be united on this issue and stand “shoulder to shoulder”.

A member of the ERG said: “We are in lockstep with our DUP friends on this and in particular their determination not to re-enter the NI Executive, unless and until all EU law is expunged from Northern Ireland.”

A spokesman for the UK Goverment has said: “As we’ve said repeatedly, any solution on the Protocol must address the range of issues including governance and the democratic deficit on how new EU laws apply in NI.”