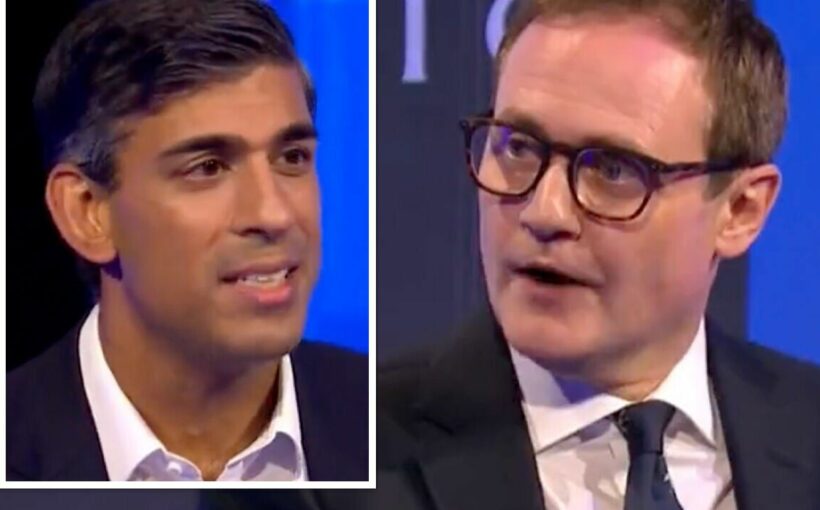 Tom Tugendhat accused Tory leadership rival Rishi Sunak of only backing the National Insurance rise because “the boss wanted it”. In a devastating slap down, Mr Tugendhat claimed that Boris Johnson had effectively pressured Mr Sunak into imposing the tax hike. The clash erupted when Mr Tugendhat pointed out that he was the only candidate who didn’t vote for tax hikes on National Insurance.

He said that the pair had a lengthy discussion about the proposal where Mr Sunak was trying to persuade Mr Tugendhat to vote for the rise.

Mr Tugendhat suggested Mr Sunak only agreed to put taxes up because the PM wanted him to.

The Tory candidate said: “The reason you gave was that the boss wanted it.”

JUST IN: Mordaunt leaves Rigby in hysterics over cheeky answer to husband probe 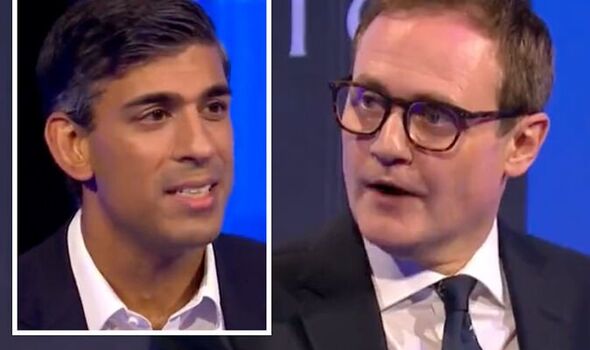 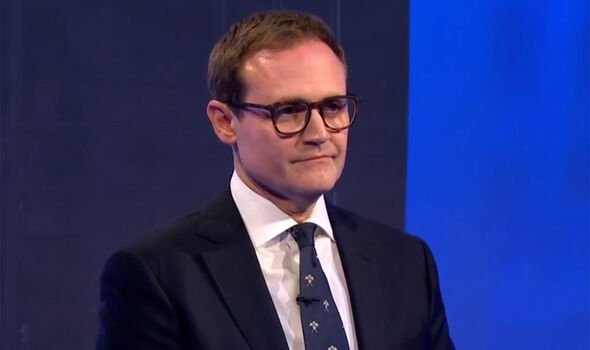 This prompted audible gasps among the Channel 4 leader’s debate audience.

@JBermondsey tweeted: “’The boss wanted it’ #TomTugendhat put #RishiSunak in his place.

“Sunak is up to his neck in the past 2 years of government yet tries to make himself nothing to do with it unless it looks good on Sunak.”

Remainer campaigner Femi tweeted: “Tom Tugendhat just Rishi Sunak told him that the only he raised national insurance was because ‘The boss wanted it’.” 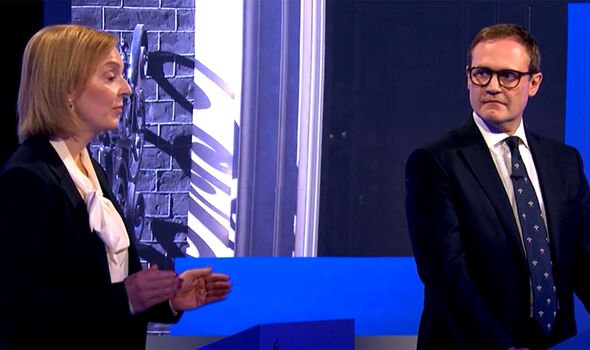 Mr Tugendhat also received applause and warm laughter from the audience when he said: “I’m slightly surprised because I was the only person who didn’t vote for the National Insurance rise, and now I find everyone agrees with me.” 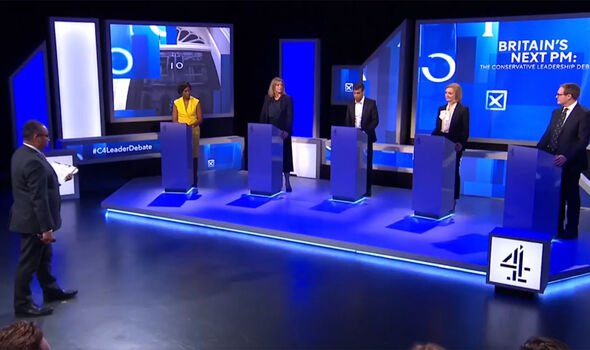 The five faced questions from an audience that Channel 4 described as “floating voters”, who they have been recruiting over the last few days.

This comes as a TechneUK poll conducted exclusively for Express.co.uk shows Ms Mordaunt has seen the biggest gain in popularity among Britons in the past three days.

Nineteen percent of the 1,645 Britons surveyed this morning said they believed she would make the best leader of the party, up eight percent from a similar poll on July 12.