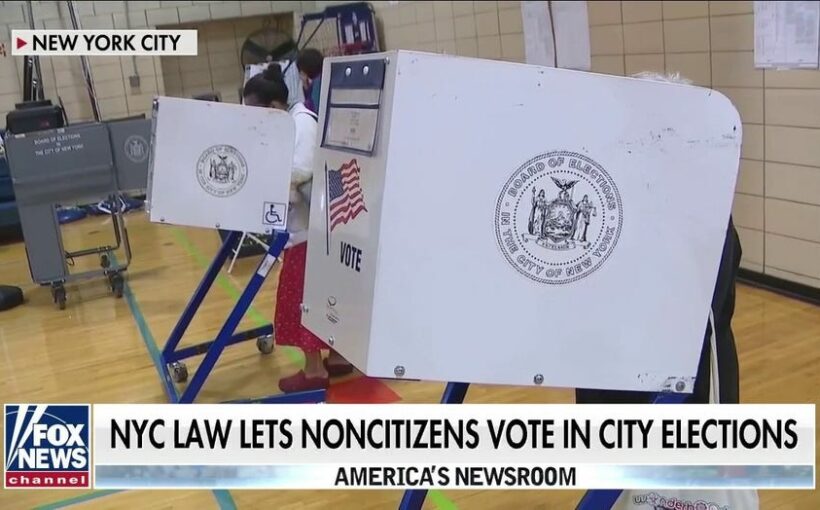 The RNC announced the lawsuit on Monday, with Chairwoman Ronna McDaniel tweeting out the organization’s official statement.

“American elections should be decided by American citizens,” McDaniel said in the release. “If Democrats can subvert elections this flagrantly in America’s largest city, they can do it anywhere.”

“The RNC is suing to protect the integrity of our elections, and we stand ready to do the same wherever Democrats try to attack the basic security of your ballot,” the RNC chairwoman continued.

The lawsuit comes a day after Adams defended the new municipal law giving roughly 800,000 legal noncitizens the right to vote in local elections. He called the law “imperative.”

“I did not change my mind,” Adams said on CNN’s “State of the Union.” “I supported the concept of the bill.”

Adams said his concerns were over one part of the legislation, which required the legal noncitizen to have lived in the city for at least 30 days.

The mayor said that after he spoke with colleagues and listened to their points of view, he decided it was “more important not to veto the bill or get in the way at all, allow the bill to move forward.”

“I think it is imperative that people who are in a local municipality have the right to decide who is going to govern them,” Adams said.