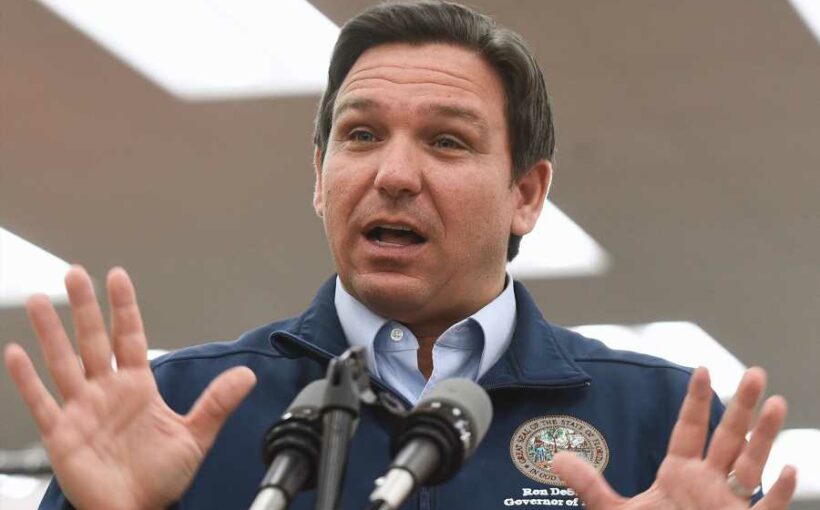 Florida Gov. Ron DeSantis on Thursday implied that vaccines harm fertility, even though there’s no evidence to support that claim. The remarks were the latest in the Republican’s continuing quest to become the nation’s most anti-vax governor as Covid continues to spread.

“Think about how ridiculous it is what they’re doing by trying to force the nurses” to get vaccinated, DeSantis said at a press conference announcing funding for nursing certification programs. “A lot of these nurses have had covid. A lot of them are younger. Some of them are trying to have families.”

Being vaccinated for Covid-19 in no way negatively affects the ability to conceive. A study published in the American Journal of Epidemiology the same day DeSantis made that comment mades that clear. “We found no adverse association between … vaccination and fertility,” the study’s authors wrote.

The study, which was funded by the National Institutes of Health, actually found a short-term decline in fertility among men who had been infected with the coronavirus. “Recent [coronavirus] infection has been associated with poor sperm quality, including … decreased concentration, lower motility,” the authors wrote.

The 80 Greatest Dylan Covers of All Time

DeSantis has allowed vaccine misinformation to spread unchecked before. Last September, he did nothing after a Gainesville city employee stood next to him at a press conference and falsely claimed that the vaccine “changes your RNA.” When asked why he did not step in and correct the employee, a spokesperson for the governor told The Washington Post that that “misses the point” as to why DeSantis was there: to highlight the “government overreach and unscientific mandates to control people’s lives.”

DeSantis sued the Biden administration over its vaccine mandate last fall, and although the Supreme Court ultimately sided with the governor last week, it also upheld the federal vaccine mandate for health care workers. DeSantis maintains he won’t be enforcing it. “It’s a private choice,” he asserted. “It’s not something the government should be forcing.”

DeSantis has also done what he can to root out any pro-vaccine sentiment from the state of Florida. DeSantis’s comments on Thursday comes the same week his administration put on leave a state health director all because he encouraged his staff to get vaccinated. “I am sorry but in the absence of reasonable and real reasons it is irresponsible not to be vaccinated,” Orange County Health Director Dr. Raul Pino wrote in an email to staff earlier this month. “We have been at this for two years, we were the first to give vaccines to the masses, we have done more than 300,000 and we are not even at 50% pathetic.”

The same spokesperson for DeSantis attempted to justify the governor’s move by claiming that “the decision to get vaccinated is a personal medical choice that should be made free from coercion and mandates from employers.”

Despite downplaying the efficacy of vaccines and pushing antibody treatments unproven against the Omicron variant, DeSantis waffled in December when Fox News asked him whether he’d received a vaccine booster. When Florida Politics followed, a spokesperson gave the same line about it being a “private medical decision.” But his non-answer spurred former President Trump to imply DeSantis is “gutless” for not admitting he’d gotten the booster. Reports have indicated for months that Trump had soured on DeSantis. He claimed on Fox News Thursday night, however, that such reports are “fake news.”