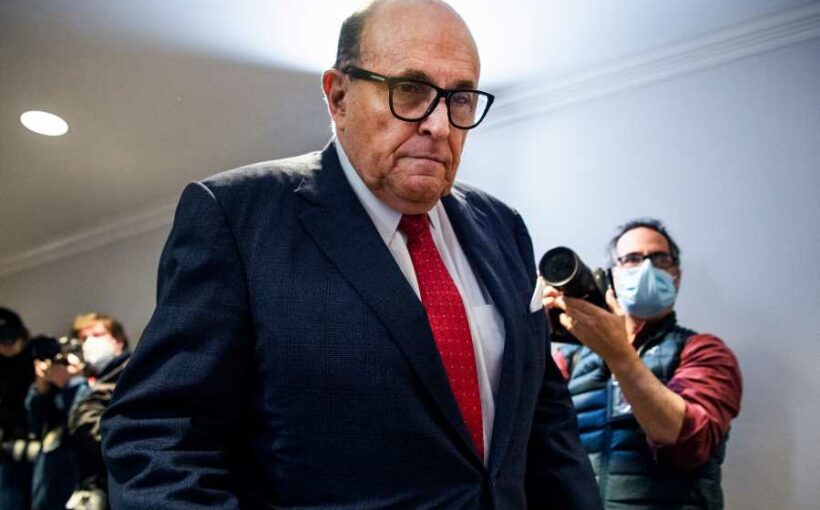 Rudy Giuliani is the target of a criminal election meddling investigation in Georgia, his lawyers were told on Monday, according to The New York Times.

Fulton County District Attorney Fani Willis has since Feb. 2021 been investigating Donald Trump’s efforts to overturn the 2020 election results in the state. Giuliani was at the forefront of the former president’s efforts to overturn the results nationwide. Reversing the results in Georgia, which President Biden narrowly won, was a key part of this effort, and in Dec. 2020 Giuliani appeared before legislative panels in the state, pushing several unfounded conspiracy theories about the election having been rigged.

One such conspiracy theory was that Shaye Moss, a Fulton County election worker, worked with her mother to give the state to Biden. Moss testified before the Jan. 6 committee in June about the harassment she’s received since Giuliani and others falsely tried to implicate her in a scheme to rig the election. “It has turned my life upside down.” she said. “I don’t want anyone knowing my name […] I just don’t do nothing anymore, I don’t want to go anywhere. I second guess everything that I do. It’s affected my life in a major way, in every way. All because of lies.”

Moss also debunked several of Giuliani’s claims, including that she and her mother exchanged a USB drive full of illegal votes for Biden. Moss clarified that she was actually passing her mother a ginger mint.

Giuliani was subpoenaed last month in the grand jury investigation along with other Trump allies allegedly involved in the effort to overturn the results in Georgia — including Linsdey Graham, who on Monday was ordered to testify. Giuliani moved to testify remotely but was ordered by a judge last week to appear in person. He is expected to do so this week.