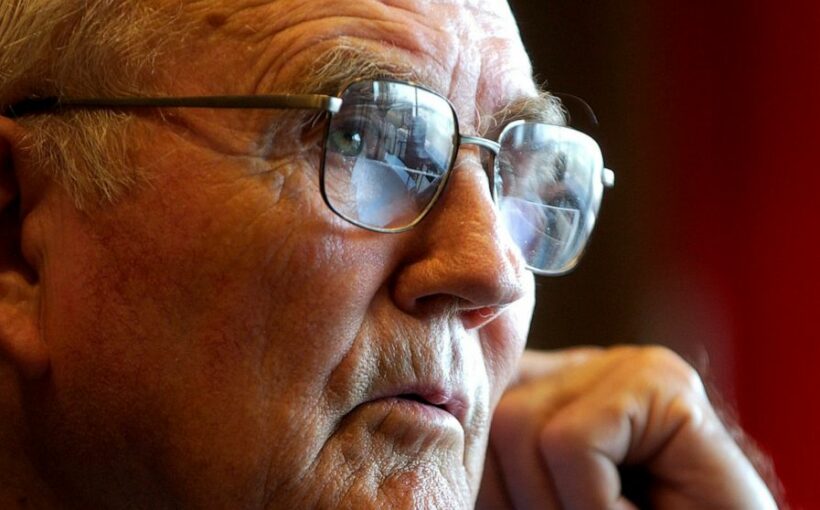 Former Alabama Gov. John Patterson, who entered politics as a reformer after his father’s assassination but was criticized for failing to protect the Freedom Riders from angry white mobs, has died. He was 99.

He died Friday, his daughter, Barbara Patterson Scholl, confirmed. She said funeral arrangements are pending. “He died very peacefully at home. His family and friends were with him,” she said.

Patterson’s involvement with state government spanned a half century, beginning with his election as attorney general at 33 after violence in Phenix City, and later as a judge.

A segregationist as governor, he drew criticism when Freedom Riders were attacked while in Alabama and Patterson did nothing to protect them. He later voiced regret for what happened. He ended his political career more serenely on the Court of Criminal Appeals, where he continued to write opinions into his 80s.

Patterson also was involved in the disastrous Bay of Pigs invasion, helping the CIA get Alabama Air National Guard members to train Cuban exiles. Some Alabama pilots died when the 1961 invasion of Cuba failed.

Patterson was born on his grandparents’ farm in the tiny Tallapoosa County community of Goldville, but finished high school in Phenix City, where his father, Albert Patterson, was a lawyer. After serving on Gen. Dwight Eisenhower’s staff during World War II, Patterson returned home, got his law degree from the University of Alabama and went into practice with his father, Albert Patterson.

Albert Patterson ran for attorney general in 1954 on a platform of cleaning up the vice and illegal gambling that had turned his town into “Sin City, U.S.A.” He won the Democratic nomination to be the state’s top prosecutor, but was gunned down in Phenix City on June 18.

Democratic Party officials pressured his son to run for attorney general in his place. He did and won.

In a 2003 interview, Patterson told The Associated Press he had no interest in politics until his father’s death. “If he hadn’t been killed, I never would have run for public office. Nobody would have ever heard of me outside legal circles,” Patterson said.

As attorney general, Patterson kept his father’s campaign promise to clean up Phenix City. He also fought civil rights groups in court. In one case, he got a restraining order to keep the NAACP from operating in Alabama. The restraining order remained until 1964, when it was lifted by the U.S. Supreme Court.

Patterson ran for governor in 1958, beating Wallace in a Democratic primary that focused largely on Patterson’s pro-segregation stand.

Patterson was the only person to beat Wallace in an Alabama election.

But his term also saw attacks on the Freedom Riders who were seeking to integrate bus waiting rooms and lunch counters. Patterson said later he mistakenly trusted police in Birmingham and Montgomery to protect the Freedom Riders, but they didn’t.

“I regret it, and it was bad for my administration,” Patterson said in 2003.

Patterson said he knew segregation couldn’t be maintained under the Constitution, but he wanted to delay its end. He said he felt Alabamians would accept integration without violence if change occurred slowly.

Exactly 50 years after the Freedom Riders were beaten by a white mob in Montgomery, Patterson welcomed 10 of them back to Montgomery on May 20, 2011, for the dedication of a museum honoring them.

“It took a lot of nerve and guts to do what they did,” Patterson said. In a 2009 interview, Sam Webb, co-editor of the book “Alabama Governors,” said Patterson was “a brave and courageous” governor on many fronts, but those accomplishments were overshadowed by race issues.

“Unfortunately what will stand out in John Patterson’s case is his vociferous opposition to civil rights and racial integration,” said Webb, a historian at the University of Alabama at Birmingham.

During Patterson’s term as governor, the CIA began planning for Cuban exiles to invade Cuba and try to overthrow Fidel Castro. A CIA agent approached Patterson about getting members of the Alabama Air National Guard to help train the exiles. Patterson agreed after the agent assured him that President Eisenhower had approved the plan.

About 300 Alabamians helped train Cuban exiles for the Bay of Pigs invasion, which was not carried out until President John Kennedy replaced Eisenhower in the White House in 1961. On the third day of the invasion, as it was failing, Alabama pilots flew the last bombing mission, and four died.

Kennedy initially denied any U.S. involvement in the invasion, which was a shock to Patterson, who knew differently.

Years later, Patterson disclosed that he had tipped off Kennedy about the invasion plans shortly before the November 1960 presidential election. Patterson, a Kennedy supporter, flew to New York to tell Kennedy out of concern that the Eisenhower administration would carry out the invasion just before the presidential election to boost Vice President Richard Nixon’s chances of beating Kennedy.

Patterson couldn’t seek a second term in 1962 because Alabama law then prohibited consecutive terms. He tried a comeback in 1966, but lost to Wallace’s wife, Lurleen. He also ran unsuccessfully for chief justice of the Alabama Supreme Court in 1972.

Patterson, who had been friends with Wallace before their bitter 1958 race, eventually renewed the friendship and helped Wallace in his later campaigns for president and governor. In 1984, Wallace appointed Patterson to a vacancy on the Alabama Court of Criminal Appeals.

He won election to a full six-year term later that year and was reelected in 1990. In January 1997, he had to retire because the state constitution prohibits judges from running for another term after reaching 70.

Still, Patterson continued to work for the court by helping write opinions because he said he enjoyed being a judge more than any office he held.

“I am sending my prayers to the family and loved ones of former Governor John Patterson as they mourn his passing,” Ivey said in a statement.

Phillip Rawls, who retired from the Associated Press, contributed to this report.