Home » Politics » Shane Te Pou: In a world of vaccine-haves and have-nots, we are decidedly in the former category 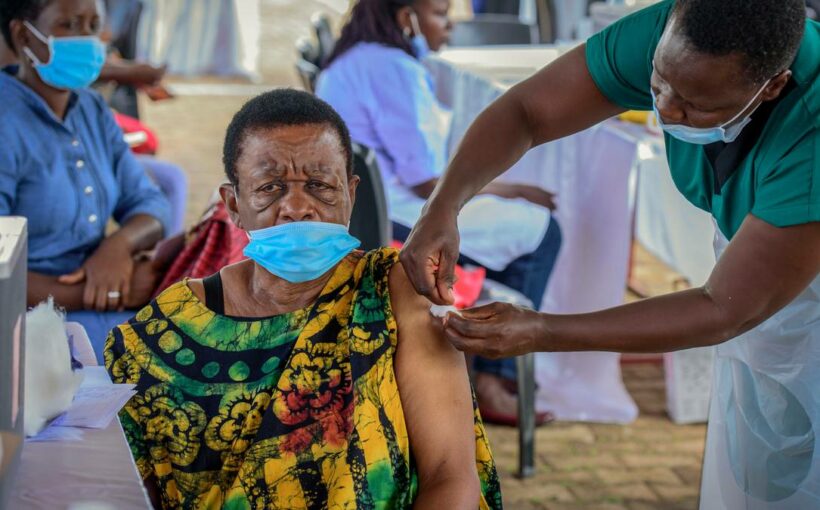 The last thing I want is a war of words with fellow Herald columnist Richard Prebble, but he did write something the other day that got me thinking,

Referring to New Zealand’s decision not to pay a premium for early vaccine delivery, the former Labour Minister, then Act leader, asked: “Is an African life worth more than a Kiwi life?”

By declining to pay Pfizer extra, Prebble appeared to contend, we had fallen behind the rest of the world, including the African continent, when it comes to inoculating against Covid.

Wow, I thought. Big deal if true, as a rule, when it aligns with self-interest.

If, as suggested, the Ardern government had held back New Zealand’s vaccine rollout as a gift to the world’s poor, this really would be taking the Kindness Doctrine to a whole new level.

So I thought I’d look into whether Prebble and other critics of the Government’s plan have a point. Has woke progressivism really elevated the value of African lives above our own?

To say the answer is “no” understates the case. Let’s take stock of where New Zealand stands with respect to vaccinations, and contrast it to the state of play in the developing world.

To begin with, the Government has secured enough vaccines for everyone – signed and sealed, if not yet delivered. New Zealand has administered more than 1.4 million doses so far. Assuming every person needs two doses, that’s enough to have vaccinated about 14.3 per cent of the country’s population. We would all like the jab sooner, but there’s no reason to doubt everyone will get protected once supplies and logistics allow, even if it spills over into next year.

Other wealthy countries are undeniably lapping New Zealand – Canada, for example, has procured more than 10 doses for every resident – but in a world of vaccine-haves and have-nots, we are decidedly in the former category.

Contrast this with Africa, where only around 1.5 per cent across the continent have received two doses, and where the pandemic is worse than ever due to outbreaks of the virulent Delta variant. Last week, the World Health Organisation sounded the alarm, reporting that “Africa has recorded a 43 per cent week-on-week rise in Covid-19 deaths, as hospital admissions increase rapidly and countries face shortages in oxygen and intensive care beds”.

Meanwhile, even the most optimistic projections suggest fewer than 20 per cent of the continent’s population will be immunised by the year’s end and, according to the New York Times, Europe and South America are dispensing vaccines nearly 20 times faster than Africa. Make no mistake: this is the result of wealthy nations hogging supply. As of May 2021, 80 per cent of doses administered were in high-income and upper-middle-income countries, compared with just 0.4 per cent in low-income countries, and all but one billion of the 11 billion doses scheduled for production this year are already accounted for.

Even if African Governments somehow discover the resources to finance mass vaccinations, the supply simply isn’t there.

It’s as if we learned nothing from the disastrous failure of the international community to prevent millions of AIDS deaths by withholding life-saving HIV treatments from Africa for eight tragic years.

As Helen Clark told me earlier in the week, “the pandemic can’t be brought under control without high global rates of vaccination. We are a long way from achieving that”.

Beyond preventable death and disease, possibly on a catastrophic scale, a sprawling, out-of-control pandemic will inevitably set back the slow but consistent progress achieved across Africa since the 1990s against extreme poverty. As night follows day, expect famine, conflict and widespread social unrest in its wake – just look at South Africa today.

For a tiny fraction of what wealthy nations like ours spent on Covid stimulus and recovery, we could immunise the globe without breaking a sweat. Our failure to do so isn’t just a moral failure, it’s public health and geopolitical madness. Instead of stockpiling vaccines and rallying behind the precious intellectual property rights of a handful of pharmaceutical companies, a true global effort would have saved lives, defeated the pandemic once and for all, prevented economic mayhem, and engendered international goodwill for a generation.

To return to my earlier point, it was a moment tailormade for enlightened self-interest, a case where doing the right thing is also doing the smart and strategic thing. History’s verdict is forming before our eyes, and it isn’t pretty,

Bring on the vaccines here in Aotearoa, for sure. Let’s hold the Government to its timetable, and get on with it.

But, please, let’s not for a moment pretend we are victims of global vaccine inequality when we are plainly among its beneficiaries.

Let us work together to achieve ultimate wellbeing and health for all.

• Shane Te Pou (Ngai Tuhoe) is a company director at Mega Ltd, a commentator and blogger and a former Labour Party activist