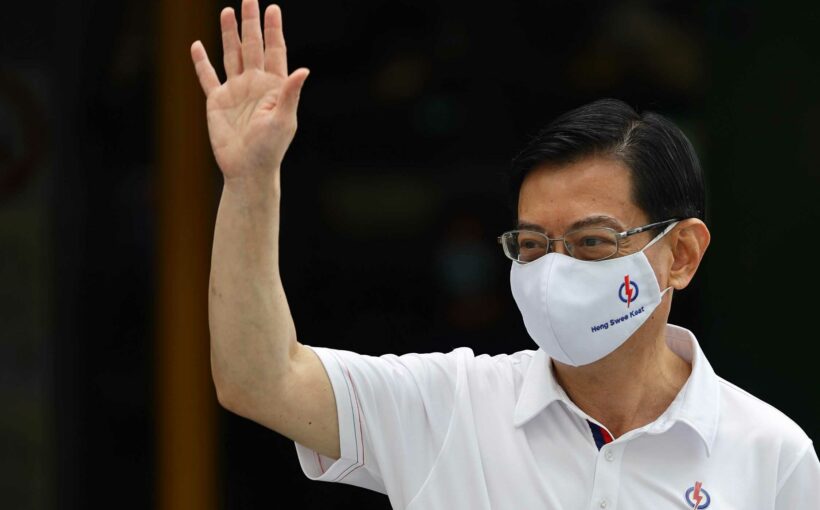 Singapore's deputy prime minister announced on Thursday that he will be stepping aside so that a "younger leader who will have a longer runway can take over."

Heng Swee Keat, who was expected to take over from Prime Minister Lee Hsien Loong, is also finance minister and coordinating minister for economic policies.

Heng will step down from his position as finance minister at the next Cabinet reshuffle, but remain in his other roles.

Lee previously said he would stay on as prime minister until the Covid-19 crisis ends. Heng was expected to take over, but will now step aside as the leader of the so-called "4G team" — or Singapore's fourth generation leadership.

In a letter addressed to the prime minister, Heng noted that he turns 60 this year.

"When I also consider the ages at which our first three Prime Ministers have taken on the job, I would have too short a runway should I become the next Prime Minister then," he said. "We need a leader who will not only rebuild Singapore post-COVID-19, but also lead the next phase of our nation-building efforts."

"After careful deliberation and discussions with my family, I have decided to step aside as leader of the 4G (fourth generation) team, so that a younger leader who will have a longer runway can take over," he said in the letter. "It will be for the 4G team to choose this person, and I stand ready to support the next leader."

Lee said he understands and respects Heng's decision, calling it "selfless." He added that Heng will help him to mentor younger ministers as they choose another leader in order to ensure a "smooth and timely leadership transition."

Singapore's "4G leaders" said in a statement that they were glad Heng will remain a member of their team as he continues in his other portfolios.

"We appreciate what a difficult decision it must have been … We know that he has made the decision with Singapore's long-term interests at heart," they said.

Still, they acknowledged that the "unexpected turn of events is a setback" for their succession planning, and said they were grateful that the prime minister has agreed to stay on until a new successor is ready to take over.