Home » Politics » Sir Gavin Williamson? Why former Education Secretary could be handed a knighthood from PM 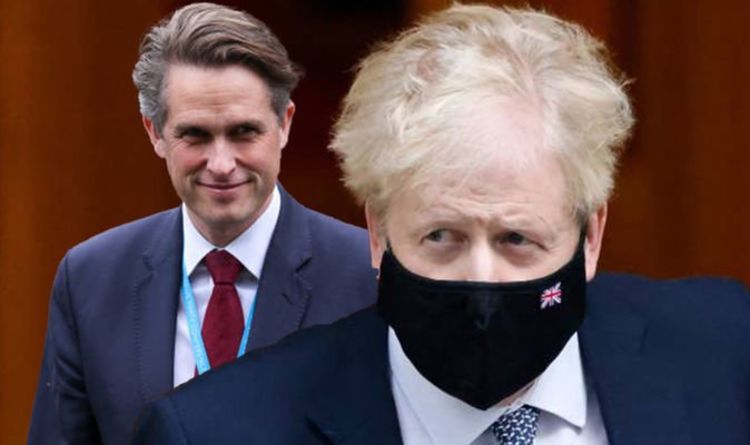 Over recent months, the Prime Minister has had to endure a number of difficult periods, including widespread allegations of illegal Downing Street parties throughout the Covid pandemic. One of these gatherings is alleged to have taken place in Gavin Williamson’s department while he was serving as Education Secretary. Now, several months removed after Mr Williamson’s dismissal from the position, the 45-year-old could be in line for a knighthood. But why?

According to the Sunday Times, Boris Johnson is concerned Gavin Williamson could disclose uncomfortable details about how he ran his leadership campaign to become PM.

Consequently, a knighthood is viewed by some as the price to buy his silence.

In addition to handing Mr Williamson a knighthood, two other insiders are also tipped to be given the same honour to guarantee no leaks.

The paper reports Tory MPs John Whittingdale and Nick Gibb, who were also sacked in the recent reshuffle, are also being lined up for a knighthood.

Mr Johnson is keen to ensure no more revelations come to light after he admitted last week to attending an illegal gathering during the first nationwide lockdown.

Since his admission, the PM has faced calls to resign from all across the political spectrum, including from several senior Tory MPs.

Mr Williamson was initially rewarded for his role in securing Mr Johnson his victory by being appointed Education Secretary in 2019.

However, little more than two years later, he was dismissed and replaced with Nadhim Zahawi.

During his time in the role, he was criticised for his handling of GCSE and A-Level results, after he announced exams would be scrapped in 2020 and 2021.

He also came under fire for mixing up free school meal campaigner Marcus Rashford with Rugby Union player Maro Itoje during an interview.

The news of a potential knighthood is likely to anger UK residents after it emerged last month that Mr Williamson allegedly held a staff party in his Whitehall department.

The timing relates to December 10, 2020, when London at that point was under Tier two restrictions, which only allowed for social gatherings of up to six people outside.

The Department for Education did not deny the event took place, and it was confirmed by Susan Acland-Hood, the most senior civil servant in the department.

Ms Acland-Hood attended the event and revealed a “work-related” gathering did take place and was hosted in the canteen.

She also levelled blame at Mr Williamson for arranging the event and did not dispute wine was drunk during the evening.

How did Mr Williamson get into politics?

After unsuccessfully standing for election in 2005, Mr Williamson was elected the MP for South Staffordshire during the 2010 general election.

Before his appointment as Education Secretary, he held the position of Defence Secretary for nearly two years after his predecessor, Sir Michael Fallon, had resigned.