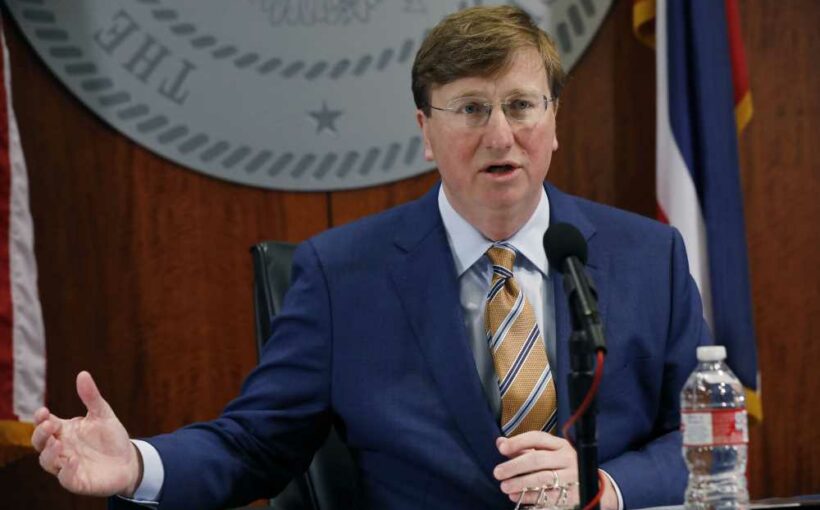 Mississippi’s Republican Governor Tate Reeves said southerners are “a little less scared” of Covid-19 because they “believe in eternal life.”

“I’m often asked by some of my friends on the other side of the aisle about Covid… and why does it seem like folks in Mississippi and maybe in the Mid-South are a little less scared, shall we say,” Reeves said.

“When you believe in eternal life — when you believe that living on this earth is but a blip on the screen, then you don’t have to be so scared of things,” the governor told the crowd during a Republican Party fundraiser in Tennessee this week.

Reeves’ state passed New York in Covid-19 deaths per capita only days ago, making Mississippi second only to New Jersey in this dubious distinction. According to Mississippi Free Press’ Ashton Pittman, the governor made the comments days after the state had been deemed the global hotspot for new cases per capita, and one day after the state saw its sixth child die from the virus.

Reeves implemented a state-wide mask mandate for last school year, but he has resisted doing so this school year while downplaying the threat the virus poses to children. The state also has one of the lowest vaccination rates in the country, according to the Centers for Disease Control and Prevention. Only 38 percent of Mississippi’s population is vaccinated — compared to almost 52 percent nationally — although vaccinations in the state have increased over the last month.

Reeves did, however, encourage people to take “precautions” — because God says so.

“Now, God also tells us to take necessary precautions,” the governor said. “And we all have opportunities and abilities to do that and we should all do that. I encourage everyone to do so. But the reality is that working together, we can get beyond this. We can move forward. We can move on.”