Home » Politics » THAT’S why we left! Brexiteer lists FIVE reasons Britain is better off outside the EU 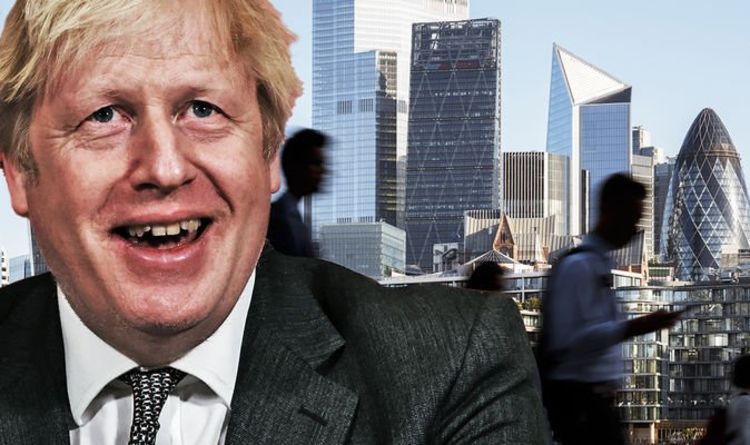 Macron says ‘the ball is in Britain’s court’

Jayne Adye offered her upbeat analysis as tensions between the UK and the bloc continued to simmer in a number of key areas, including the ongoing wrangle over the Northern Ireland Protocol, and the bitter dispute over EU access to UK fishing waters. The director of the Get Britain Out campaign group said regardless of the increasingly fractious nature of relations between London and Brussels, there were plenty of reasons to be cheerful.

Citing a scheme which has been much-touted by Prime Minister Boris Johnson, she pointed out: “The UK’s first Freeport has now been opened in Teesside, with businesses and investors in the area benefiting from reduced tax rates and relaxed planning regulations. All only possible because of Brexit.”

Ms Adye also highlighted a recent development which appears to run counter to claims by Remainers about a mass exodus of companies as a result of the UK leaving the EU.

She explained: “The fuel company Royal Dutch Shell – now to be simply known as Shell – has decided to close their Dutch HQ and base all of their operations from the UK because of our global focus after Brexit.”

With respect to the Square Mile, Ms Adye suggested Britain was likewise in a good position as a result of unshackling itself from Brussels.

She said: “The EU has been forced to extend the ability of European businesses to use financial services clearing houses in the City of London, because EU-based clearing houses cannot meet demand and EU businesses do not want to abandon their established relationships with London-based firms.”

Highlighting an increasingly alarming situation which has seen Austria impose a full lockdown in the last few days, Ms Adye added: “The UK economic growth forecasts are set to outpace the Eurozone by a substantial margin, as many countries on the European Continent are being forced to return to lockdowns due to an escalation in Covid cases.”

Finally, in reference to the UK’s stated aim of forging new post-Brexit trade relationships, Ms Adye said: “The UK Trade Envoy to the Far East, Natalie Black, has confirmed the UK’s negotiations to join the Comprehensive and Progressive Agreement for Trans-Pacific Partnership (CPTPP) are still moving forward at a good pace and should be finished before the end of 2022.”

Speaking on Friday, French President Emmanuel Macron accused Britain of playing with his country’s nerves in a post-Brexit row over fishing rights and said France “will not yield”.

He renewed criticism of Britain in the dispute, which has harmed relations between the two countries, after France said it was still waiting for 150 more licences to be issued to French vessels to fish in British waters.

The French President told reporters: “We have not got what we wanted. They are playing with our nerves. We will not yield.”

Relations between traditional allies Paris and London have become increasingly strained since Britain voted to leave the EU in 2016, with the fishing dispute a key source of tension.

Paris says London should have issued more French boats with licences to fish in British territorial waters since Britain left the European Union, while Britain says it is respecting the arrangements that were agreed.

The dispute centres on the issuance of licences to fish in territorial waters six to 12 nautical miles off Britain’s shores, and in the seas off the Channel Island of Jersey.

Critics of the protocol argue it has resulted in a border down the Irish Sea, hence driving a wedge between Northern Ireland and the rest of the UK.

Campaigners gathered at the border between Northern Ireland and the Republic on Saturday to warn the UK Government against triggering Article 16, hence suspending the mechanism for preventing a hard border on the island of Ireland.

A crowd gathered at Carrickcarnon to demand that the post-Brexit arrangements introduced for Northern Ireland are retained and protected, amid ongoing negotiations between the UK and the EU.

Damian McGinty, from Border Communities Against Brexit, told the crowd that the majority of people in Northern Ireland opposed the UK’s exit from the EU.

“And a majority also support the protocol, the DUP do not speak for us.”

He stressed: “The European Union have a critical role to play here.”