Home » Politics » Trump And MAGA Republicans Are Threat To US Democracy: Biden 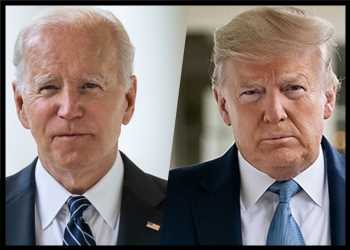 Biden made a scathing attack of his predecessor in a prime time speech on the continued battle for the Soul of the Nation Thursday.

“Donald Trump and the MAGA Republicans represent an extremism that threatens the very foundations of our republic,” he told the gathering at Independence National Historical Park in Philadelphia, where the US Declaration of Independence was signed.

At the same time, he made it clear that the majority of Republicans are not MAGA Republicans. “Not every Republican embraces their extreme ideology.”

“But there is no question that the Republican Party today is dominated, driven, and intimidated by Donald Trump and the MAGA Republicans, and that is a threat to this country,” Biden added.

MAGA Republicans do not respect the Constitution, do not believe in the rule of law, and do not recognize the will of the people, according to the President.

“They refuse to accept the results of a free election. And they’re working right now, as I speak, in state after state to give power to decide elections in America to partisans and cronies, empowering election deniers to undermine democracy itself”, Biden said.

Trump is facing a number of investigations by the Justice Department, including on the effort to overturn the 2020 presidential election, his role in instigating the deadly Capitol Hill riot of January 6, 2021, and a case involving the handling of classified documents.

Biden picked up his 2020 presidential campaign theme of restoring the “soul of America” with the mid-term elections just two months away.

Biden said Trump supporters thought of the mob that stormed the Capitol on January 6 not as insurrectionists but as patriots.