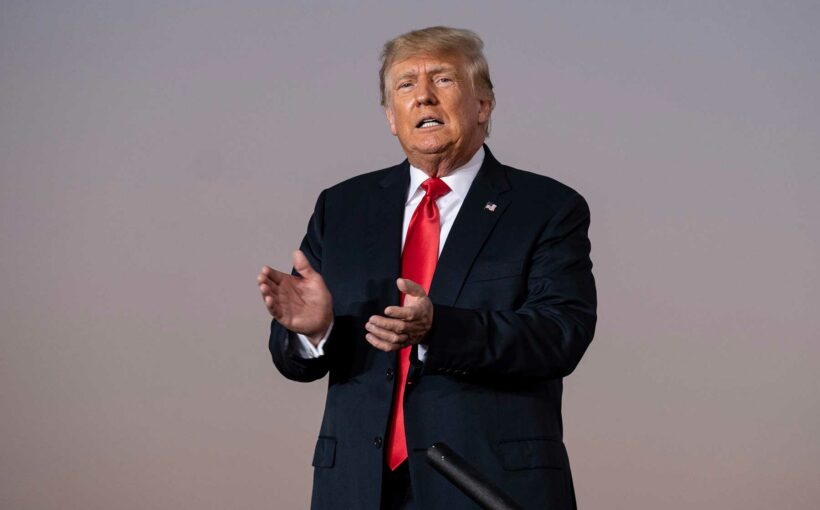 Remember the pee tape? Donald Trump sure does.

During a private speech at a Republican retreat in Palm Beach on Thursday, the former president assured the crowd full of wealthy donors, lobbyists, and elected officials that getting doused in urine is not one of his sexual proclivities.

“I’m not into golden showers,” Trump said, according to a recording obtained by The Washington Post. “You know the great thing, our great first lady — ‘That one,’ she said, ‘I don’t believe that one.’”

The Post notes that Trump’s was “unprompted” in his apparent callback to the pee tape. There’s no proof this tape exists, but a campaign research document in 2016 claimed there’s a video showing Trump in a suite at the Moscow Ritz-Carlton watching two Russian prostitutes urinate on a bed once slept in by Barack Obama. (This would not technically constitute a golden shower, but Trump seemed eager to address the subject more broadly.)

'Silence of the Lambs': 'It Broke All the Rules'

Trump address at the National Republican Senatorial Committee retreat — during which he also bashed disloyal Republican senators, called Democrats “cheaters,” and continued to push the false idea that the 2020 election was fraudulent — is part of the former president’s recent drive to reassert his grip on the Republican Party as the the 2022 midterms draw near. “It was a dying party, I’ll be honest,” Trump said of the GOP before he took office. “Now we have a very lively party.”

Trump’s reemergence into the public spotlight after a relatively quiet spring and summer has revolved around the lie that the 2020 election was rigged in President Biden’s favor. (It was not.) He even released a statement on Wednesday claiming that “solv[ing] the Presidential Election Fraud of 2020” is “the single most important thing for Republicans to do,” arguing that Republicans will not come out to vote unless they get closure on what happened last November.

This will never happen, of course, as what actually happened last November is the one thing Trump and the MAGA faithful are incapable of accepting: He lost to Joe Biden by millions of votes in an election that countless lawsuits and investigations have upheld as legitimate.