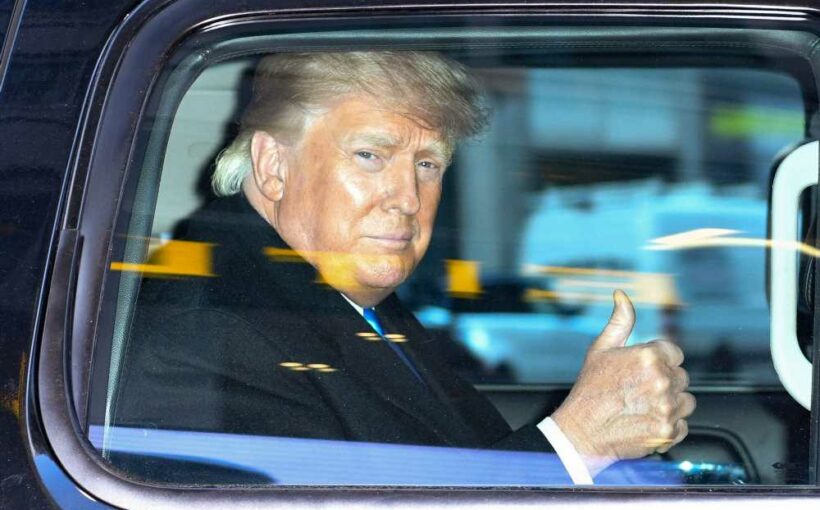 Donald Trump has traveled little in the early months of his post-presidency — save for a brief trip to New York City — but he's had plenty to say.

The question is: Who's listening?

Earlier this week, Trump launched a new website and gave an interview to his daughter-in-law, Lara Trump — but both moves were made in the shadow of his ostracization from social media after the deadly Jan. 6 Capitol attack.

The official website for Trump's post-White House office, based at his Palm Beach, Florida, Club, launched on Monday.

For weeks, he has been issuing statements via email — a departure from the frenetic, day-and-night tweets the former president sent for years until Twitter banned his account after the Capitol riots.

Trump's interview with Lara likewise did not escape the widespread blockade social media companies imposed on him: A Facebook spokeswoman confirmed to Reuters that they removed his appearance from their platforms because it was in the "voice of Donald Trump," who was booted from Facebook and Instagram. (Lara responded by calling the move authoritarian.)

In that sit-down, Trump again hinted at a potential 2024 run for office without committing to a decision.

He remains robustly popular with the GOP base, though the road to a political comeback is far from smooth. Other leading Republicans have signaled they may make their own White House bids in three years, and Trump has become increasingly embroiled in legal trouble since he left office and lost the veil of the presidency. For example, Trump faces two lawsuits over the Capitol riot by a mob of his supporters, while New York's court of appeals ruled Tuesday that he must also face a defamation lawsuit brought against him by former Apprentice contestant Summer Zervos.

Zervos sued the former reality show host after he said her sexual assault allegations against him were "lies" and a "hoax." Reuters reports the ruling that the lawsuit can move forward means that Trump could be forced to testify under oath.

Even his one weekend trip earlier this month to New York City, his longtime home, was not too far removed from the scrutiny he faces: New York officials have been ramping up their investigations of his family's business dealings.

He has denied all wrongdoing.

Mostly, Trump has been staying at his private Mar-a-Lago Club in Florida, where he has long felt at ease surrounded by supporters.

TMZ released a cellphone video Sunday that was taken at a Mar-a-Lago wedding reception, which Trump attended. He gave a winding speech, in which he complained about his 2020 election defeat and — again — falsely framed the loss as fraudulent. Elsewhere last week, during a podcast interview with Fox News contributor Lisa Boothe, Trump insisted he now plans to build his own social media website which, he claimed, "you'll be hearing about soon."

It was a familiar pitch. In his first speech since leaving the White House, at the Conservative Political Action Conference in February, Trump teased a 2024 run but — again — didn't commit to anything.

"It is far from being over," he said.