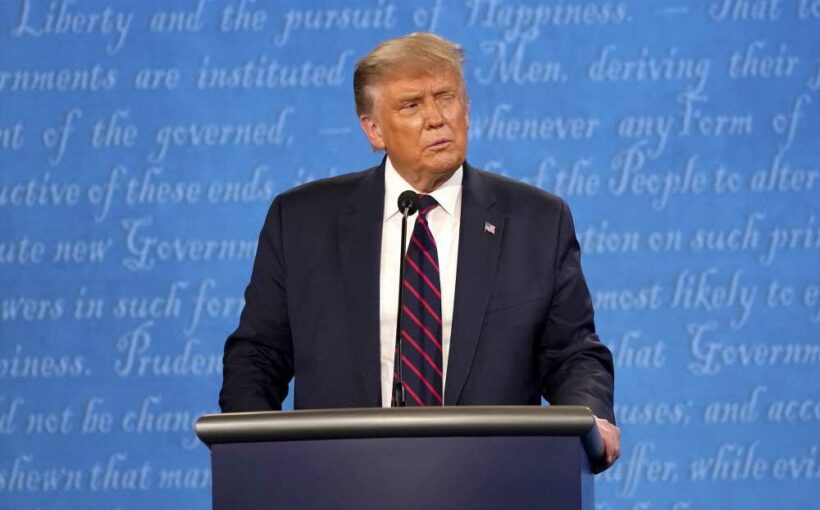 Former President Trump tested positive for Covid-19 on Sept. 26, three days before he debated President Biden and six days before the White House publicly announced he had the virus, former Chief of Staff Mark Meadows wrote in his new book. The White House would not disclose Trump’s positive diagnosis until Oct. 2, the day he was hospitalized at Walter Reed Medical Center.

“Nothing was going to stop [Trump] from going out there,” Meadows wrote. The Guardian obtained a copy of Meadows’ book The Chief’s Chief ahead of its release slated for next week. The story broke Tuesday, the day after the Jan. 6 congressional panel announced Meadows had started cooperating with its investigation.

After the positive test, Meadows said, Trump took another Covid test that came back negative, which allowed him to participate in the debate as both candidates were required “to test negative for the virus within seventy two hours of the start time.”

Lauren Boebert Got a Lot of Mileage Out of Her Bigoted Ilhan Omar Elevator Story, New Video Shows

5 Festivals That Ended in Disaster

It’s a stunning revelation that Trump, 74 at the time, knowingly risked exposing Biden, 77, and untold others to the virus. The positive test came hours after Trump announced the nomination of Judge Amy Coney Barrett to the Supreme Court, an event that is now believed to have been a super-spreader event. At least 12 attendees tested positive for Covid within days.

The timeline of Trump’s positive test revealed another lie told by the former president. After Trump announced his Covid diagnosis, he speculated that perhaps Gold Star military families — those whose relative died while serving — had given him the virus. But that event happened the day after his first positive test.

In a Fox Business interview, Trump said of the event with military families, “I went through like 35 people.” He said they were were “telling the story of their son who just died or daughter or husband, who just died in a war or recently died … They come within an inch of my face sometimes. They want to hug me and they want to kiss me. And they do. And frankly, I’m not telling them to back up. I’m not doing it. But I did say it’s obviously dangerous. It’s a dangerous thing, if you go by the Covid thing.”

It appears that Trump was the danger.