Home » Politics » Trump Is Looking to Announce 2024 Run in the Next Few Months: Reports 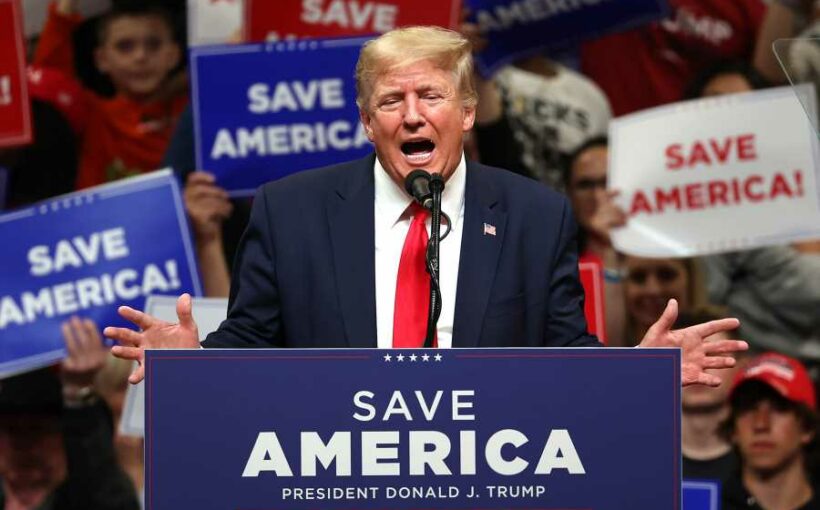 Trump told Nuzzi that at this point his decision isn’t so much if he’s running but when he’s announcing his candidacy, particularly in relation to the midterms. Do I go before or after,” that will be my big decision,” Trump said.

The Washington Post lent some specificity to Trump’s potential plans earlier on Thursday, citing sources close to the president who say he is considering a September announcement. Others believe Trump’s eagerness to secure his position may lead him to announce sooner, according to the Post.

As Trump has repeatedly teased a run and headlined campaign-style rally after campaign-style rally this year, speculation has shifted from whether he will run to when he’ll announce his intention to do so. Sources told Nuzzi that Trump was “100 percent going to announce on the Fourth of July,” but was talked down by advisers and his family who cited concerns that Trump could be blamed if Republicans failed to secure significant gains in the 2020 midterms.

The former President has been seeking advice on his announcement timing from donors, as well. Four attendees at dinners convening prominent supporters and high-level donors recently told Politico that Trump is seeking advice on campaign strategies. Trump’s Save America PAC has held these gatherings in Houston, Nashville ,and Las Vegas, and the invite list features prominent donors, elected officials, and Republican candidates.

Such conversations are taking place as potential challengers take stock of their odds in a presidential primary against Trump. Florida Governor Ron Desantis has emerged as the most formidable potential challenger. The former president isn’t too keen on the idea of DeSantis challenging him, especially considering he believes his endorsement secured DeSantis’ gubernatorial victory. “He was running and then he came to me for an endorsement because he was not, you know, he was at 3 percent,” Trump told Nuzzi.

Sources told Rolling Stone in June that Trump is eying Florida as the launching point for his campaign to show DeSantis “who the boss is.”