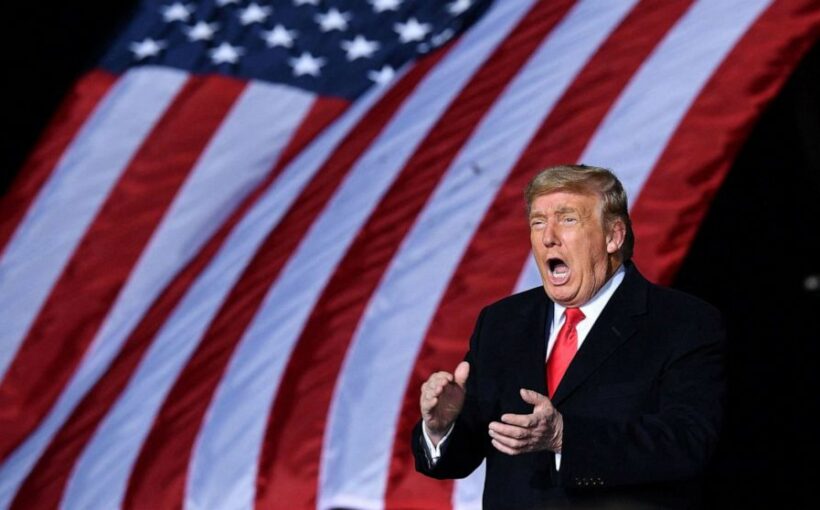 Former President Donald Trump’s message is getting out just fine without those forms of communication. Trump is continuing to rack up wins inside his party — sometimes without even extending much effort in the battles.

Rep. Liz Cheney, R-Wyo., is again being forced to defend her position in House leadership, this time with fewer voices inside the GOP coming out to back her. Cheney’s fist bump with President Joe Biden last week only adding a visual to efforts to bring another no-confidence vote this month on whether the highest-ranking congressional Republican to have supported Trump’s impeachment should still hold the No. 3 job in the House.

On Saturday in Texas, perhaps the most competitive special House election of 2021 landed the Trump-endorsed candidate in the top spot heading for a runoff. Perhaps more tellingly, the only anti-Trump candidate finished ninth in an all-party primary; he garnered barely 2,500 votes, or just more than 3%, and trailed four Republicans as well as four Democrats.

On the same day in Utah, the only Republican to vote twice to convict Trump, Sen. Mitt Romney, was greeted by a raucous round of jeers at his home-state party’s convention. Those boos will be remembered longer than the effort to censure him over his public breaks with Trump, which failed narrowly.

Romney was trying to tell his fellow Republicans about his policy differences with Biden when the boos forced him to pause.

“Aren’t you embarrassed?” he asked the crowd.

That didn’t require an answer. Nearly four months after Jan. 6, pro-Trump forces are energized about being just that — with ramifications for Biden’s governing agenda, and of course for the future of the Republican Party.

The RUNDOWN with Averi Harper

President Joe Biden has consistently pledged to root out systemic racism during his term. Simultaneously, efforts have been made from the right to push back on the inclusion of anti-racist concepts and the study of history with racial context in public schools.

“Families did not ask for this divisive nonsense. Voters did not vote for it,” wrote McConnell in the letter, first reported by POLITICO. “Americans never decided our children should be taught that our country is inherently evil.”

In similar fashion, Idaho Gov. Brad Little has signed legislation prohibiting public schools, universities or any entity under the state’s board of education from using funds for the study of “critical race theory” or teachings that claim individuals are “inherently responsible for actions committed in the past by other members of the same sex, race, ethnicity, religion, color, or national origin.”

Legislation akin to Idaho’s has been filed in other states including Arkansas, Mississippi and Iowa. It follows efforts by former President Donald Trump to launch the 1776 Commission, a rebuttal to the 1619 Project aimed to tell a “patriotic” story of the nation’s founding. The commission was quashed soon after Biden took office.

The push represents another cultural flashpoint for Republicans and illustrates that the nation’s so-called reckoning on race still has much to reckon with.

The TIP with Alisa Wiersema

Republican Susan Wright — the widow of the late Rep. Ron Wright — advanced to a runoff contest for Texas’ 6th Congressional District on Saturday, breaking away from a field of 22 other candidates. Her contender, Jake Ellzey, is a fellow Republican and a state representative who ran against her husband in 2018. The date of the runoff has not yet been decided.

Jana Lynne Sanchez, the leading Democrat in the field, came in third. In a statement, Sanchez indicated disappointment in the outcome, but both she and the state’s Democratic Party appear optimistic about narrowing their party’s margins in future matchups.

“Although a Democrat is not advancing to the runoff, yesterday’s incredibly close margins showed that voters are invested in electing Democrats, and are fighting for the representation their communities deserve. The clear enthusiasm in this election is one more sign that Texas is moving closer and closer to turning blue with every year that passes,” Texas Democratic Party Chair Gilberto Hinojosa said in a statement issued Sunday.

In the aftermath of the 2020 presidential election and the fallout over the Texas winter weather crisis earlier this year, Texas Democrats see an opportunity to mobilize voters ahead of the 2022 midterm elections and beyond. Still, Saturday’s outcome prevents Democrats from expanding their House majority by capitalizing on Biden-era gains this year.

President Joe Biden completes his first hundred days in office with a country that is more optimistic about the coming year, according to a new ABC News/Ipsos poll. Nearly two-thirds of Americans (64%) are optimistic about the direction of the country in the poll, which was conducted by Ipsos in partnership with ABC News using Ipsos’ KnowledgePanel.

ABC News’ ” “Start Here” podcast Monday morning’s episode features ABC’s Anne Flaherty, who discusses when people 12 to 15 years old could get the COVID-19 vaccine in the U.S. Then, ABC’s Kayna Whitworth breaks down the fight over trans athletes participating in youth sports. And, ESPN’s Rob Dawson reports on a chaotic protest by Manchester United fans against the team’s American owners. http://apple.co/2HPocUL