Home » Politics » Trump says he will not try to stop former Justice Dept. officials from testifying to Congress. 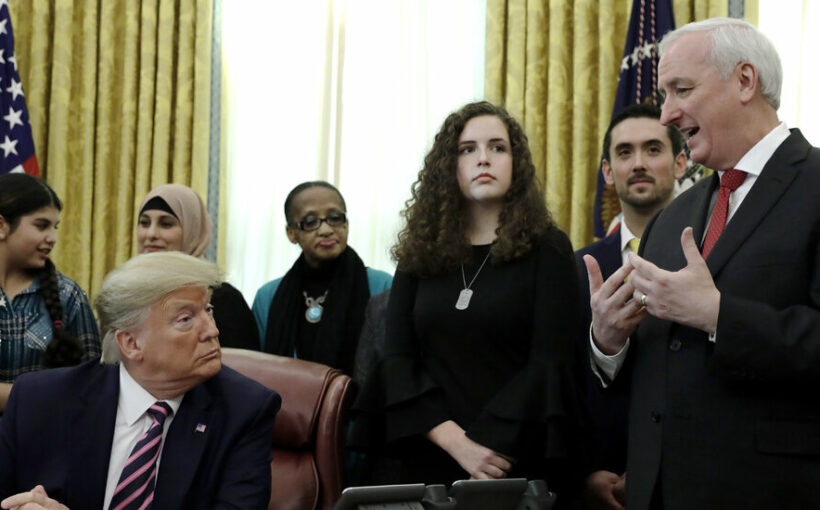 Former President Donald J. Trump said this week that he will not move to stop former Justice Department officials from testifying before two committees that are investigating the Trump administration’s efforts to subvert the results of the presidential election, according to letters from his lawyer obtained by The New York Times.

Mr. Trump said that he would not sue to keep six former Justice Department officials from testifying, according to letters sent to them on Monday by Douglas A. Collins, who was known as one of Mr. Trump’s staunchest supporters when he served in Congress and who is now one of the former president’s lawyers.

Mr. Collins said that Mr. Trump may take some undisclosed legal action if congressional investigators seek “privileged information” from “any other Trump administration officials or advisers,” including “all necessary and appropriate steps, on President Trump’s behalf, to defend the office of the presidency.”

The letters were not sent to the congressional committees, but rather to the potential witnesses, who cannot control who Congress contacts for testimony or what information it seeks.

By allowing his former Justice Department officials to speak with investigators, Mr. Trump has paved the way for new details to emerge about his efforts to delegitimize the outcome of the election.

Even though department officials, including Mr. Rosen and the former Attorney General William P. Barr, told him that President Biden had won the election, Mr. Trump pressed them to take actions that would cast the election results in doubt and to publicly declare it corrupt.

Mr. Trump and his allies have continued to falsely assert in public statements that the election was rigged and the results were fraudulent.

Jeffrey A. Rosen, a former acting attorney general, Richard P. Donoghue, a former acting deputy attorney general, and others have agreed to sit down for closed-door, transcribed interviews with the House Oversight and Reform and Senate Judiciary committees. The sessions are expected to begin as soon as this week, according to three people familiar with those interviews.

Last week, the Justice Department told former officials from the agency that they were allowed to provide “unrestricted testimony” to the committees, so long as it does not reveal grand-jury information, classified information or information about pending criminal cases.

The committees asked the Justice Department to allow former officials to testify after they opened investigations this year into the Trump White House’s efforts to undermine Mr. Biden’s victory, a pressure campaign that occurred in the weeks before Mr. Trump’s supporters attacked the Capitol as Congress met to certify the electoral results.

The Justice Department and the White House Counsel’s Office generally deny such requests because they believe deliberative conversations between administration officials should be protected from public scrutiny.

But they ultimately decided to allow the interviews to proceed, saying in letters to the potential witnesses that the scope of the investigation concerned “extraordinary events” including whether Mr. Trump tried to improperly use the Justice Department to advance his “personal political interests,” and thus constituted “exceptional circumstances.”

In his letter, which was first reported by Politico, Mr. Collins also said that Mr. Trump continued to believe that the information sought by the committees “is and should be protected from disclosure by executive privilege.”

Mr. Collins said that no president has the power to unilaterally waive that privilege, and that the Biden administration has “not sought or considered” Mr. Trump’s views in deciding not to invoke it.

“Such consideration is the minimum that should be required before a president waives the executive privilege protecting the communications of a predecessor,” Mr. Collins wrote.

The committees have also received a slew of emails, handwritten notes and other documents from the Justice Department that show how Mr. Trump, Mark Meadows, his former chief of staff, and others pushed the Justice Department to look into voter fraud allegations that were investigated and not supported by evidence, to ask the Supreme Court to vacate the election results and to publicly cast doubt on the outcome.