Home » Politics » Trump's Biggest Issue With Jan. 6 Is That Nobody Is Talking About His Rally's Crowd Size 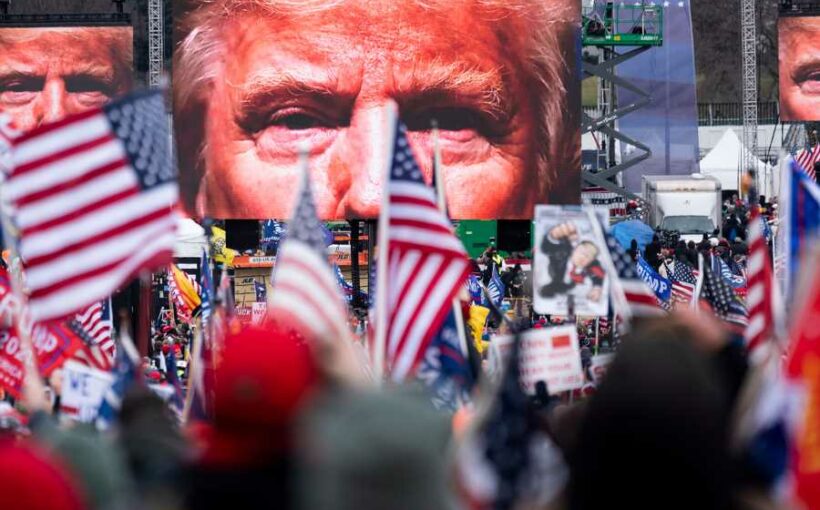 Hundreds of former President Trump’s supporters stormed the U.S. Capitol on Jan. 6, breaking into Congress in a violent attempt to overthrow democracy that resulted in five deaths, dozens of injuries, and an untold number of questions about how it was allowed to happen, how to hold those responsible to account, and how to contend with the growing thirst for violence among the American right.

Trump has a question about Jan. 6, too: Why is no one talking about his crowd size at the rally that preceded the riot?

“It was a massive rally, with hundreds and hundreds of thousands of people. I think it was the largest crowd I’ve even spoken in front of before,” Trump told British conservative Nigel Farage in an interview broadcast on Wednesday, adding (falsely) that the real insurrection took place on Election Day.

'Trump Called Us to D.C.': Capitol Rioter Who Tased Cop Blames Trump for Jan. 6 Attack. So Does a Federal Judge

5 Festivals That Ended in Disaster

“If you would have looked at the crowds, nobody wants to talk about that,” he continued. “I believe it was the biggest and most people — and I’ve spoken to very big crowds — I have never spoken in front of a crowd that size. Nobody ever talks about that.”

Farage’s original question was whether it was a mistake to hold a rally on Jan. 6.

Trump’s interview with Farage is yet another disturbing look into the psychology of the former president, for whom the deadly riot at the Capitol is merely an aside to the numbers he drew at the rally that started earlier that day.

The former president also pushed the ludicrous claim that the attack on the Capitol was driven by members of Antifa — rather than his own supporters. “Antifa. Bad. Very bad,” Trump told Farage. “They had Antifa in that rally. They had Antifa leading a lot of people on that day in January. It’s pretty incredible that nothing happens to them.”

The person who ultimately bears the most responsibility for the attack on the Capitol is Trump himself. He was the driving force behind the conspiracy theory that the 2020 election was stolen. He and his allies throughout Congress and conservative media spent the weeks leading up to Jan. 6 calling for action. He told his supporters at the Ellipse they needed to “fight like hell” or else they’re “not going to have a country anymore.”

The extent to which his message resonated is apparent in the cases of the more than 700 people who have been charged as a result of the attack on the Capitol. As federal judge Amy Berman Jackson said during a sentencing hearing for one of the rioters on Wednesday, Trump and his allies “deliberately stoked the flames of fear and discontent and explicitly encouraged [attendees] to go to the Capitol and fight for one reason and one reason only: to make sure the certification of the election didn’t happen.”