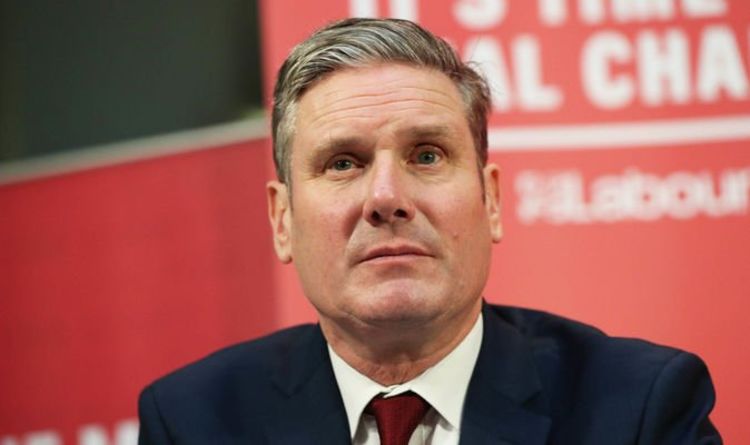 Sir Keir wants to ditch the “one member, one vote” rule that gave Mr Corbyn his landslide 2015 victory, despite him having little support among MPs. But his plan for an electoral college was blocked by the unions, which want more time to consult their members. The refusal is an embarrassment for Sir Keir, who wanted to put the change to the party at its conference this weekend. And the row has reignited tensions, with warnings of a new “civil war” from the hard-Left Momentum campaign group.

Sir Keir insisted the talks were “never a take it or leave it conversation” and discussions would continue.

He said: “I am continuing to take suggestions and have discussions about how we do everything we need to in order to make the Labour Party the party of working people again.”

Sir Keir admitted Labour “tied its own arms behind its back” with party squabbling that had been “harmful and alienating” and made members feel like “separate families living under one roof”.

His assessment of why the party had failed dismally to take on the Tories came in a 13,000-word essay saying Labour had spent long periods mired in self-doubt and navel-gazing.

He said the infighting “has not progressed the cause of achieving a Labour government and has been damaging to our country”.

Sir Keir added: “The Conservatives are not an easy opponent to pin down – and even less so when Labour has tied its own arms behind its back.”

Saying he wanted to create a “contribution society” of security and opportunity, he claimed the party would be tough on crime, make new laws to end street harassment and give rapists and stalkers tougher sentences.

He promised a crackdown on anti-social acts such as fly-tipping, vandalism and threatening behaviour.

Sir Keir said: “Our country is now at a crossroads: down one path is the same inequality of opportunity and insecurity.

“The Labour path is about building a better future for working people.”

But Tory party chairman Oliver Dowden poured scorn on Sir Keir’s plans, saying: “If this is Starmer’s ‘big vision’, then he should have gone to Specsavers.

“Labour are talking to themselves about themselves. They’re all essays and no action.”