Home » Politics » What happens if France doesn’t back down on fishing threats? Truss issues 48 hour warning 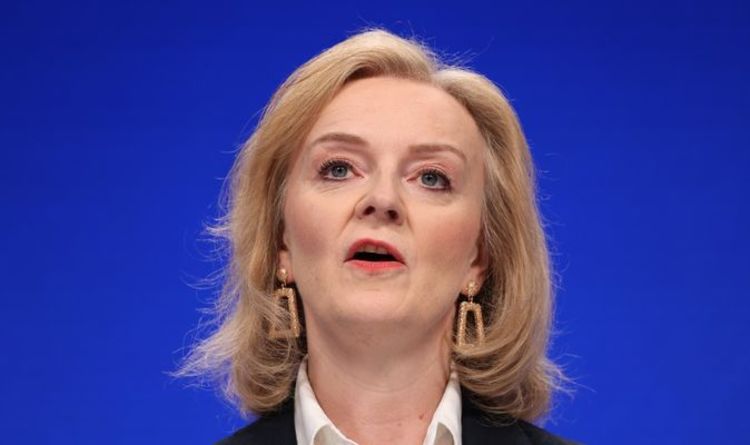 Boris Johnson urged to 'ramp up' pressure on France by Tice

Liz Truss has insisted the UK would not “roll over in the face of these threats”, as the dispute over fishing licences takes yet another turn. Ms Truss said on Monday: “The French have made completely unreasonable threats, including to the Channel Islands and to our fishing industry, and they need to withdraw those threats or we will use the mechanisms of our trade agreement with the EU to take action.

She added: “This issue needs to be resolved within the next 48 hours.”

When asked if the UK’s response could include legal action, the Foreign Secretary replied “absolutely”.

Downing Street said it was continuing to seek talks with the French government and the European Commission to resolve the dispute.

Why are the UK and France fighting?

The argument over fishing harks back to the Brexit negotiations of 2020.

The deal specified EU boats could continue to fish in UK waters, but British fishermen would get a greater share of fish from domestic waters.

Most of the share is being transferred to the UK this year and then there will be annual negotiations to decide how the catch is shared out going forwards.

Caught up in the current diplomatic row, the Scottish-registered scallop dredger Cornelis Gert Jan ship was detained in Le Havre.

French authorities allege the boat did not have a licence to fish.

Andrew Brown, head of public affairs for the Scottish firm Macduff Shellfish, said: “The charge relates to fishing in French waters without a licence and that’s the bone of contention.

“We believe we were fishing with a valid licence and the French authorities don’t.”

New tensions have arisen as France accused the UK and Jersey of unfairly rejecting applications from dozens of French boats to fish in the waters.

Paris has now accused the UK of breaching the Brexit deal – but the UK claims only two percent of applications were rejected for legitimate reasons.

France has said that with EU backing they would potentially use “retaliatory measures”, including cutting the Jersey’s energy supply and blocking off British boats from French ports.

Environment Secretary George Eustice said the UK would respond proportionately if France went ahead with the threats.

What will happen if France doesn’t back down?

A UK Government spokesperson said: “The Government is accordingly considering the possibility, in those circumstances, of launching dispute settlement proceedings under the Trade and Cooperation Agreement, and of other practical responses, including implementing rigorous enforcement processes and checks on EU fishing activity in UK territorial waters, within the terms of the TCA.”

Asked on BBC Breakfast how the UK would respond if France follows through with its threats, the Cabinet minister responded: “Two can play at that game.”