Home » What Stacey Abrams Is Fighting for Next, After a Historic Voting Year in Georgia: 2021 ‘Must Be Better’ 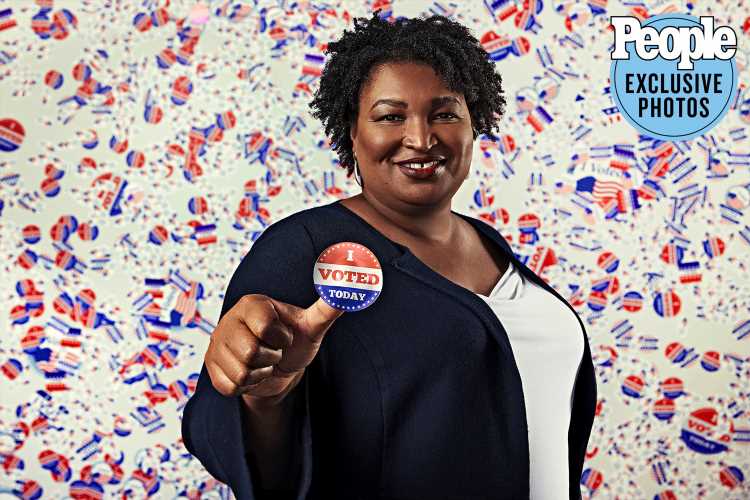 Stacey Abrams has told this story before: her childhood in Gulfport, Mississippi, as the second-oldest of six kids; the lessons of service her parents imparted; the sweep of her ambition as a lawyer, an advocate, a lawmaker. Her vision of a democracy that is more inclusive and more complete.

In an interview with PEOPLE for this week's Women Changing the World issue, Abrams again recounts her life, work and dreams, much as she has for more than a decade.

"My family really instilled in me this belief that it's not enough to talk about what needs to be done," she says. "You've got the responsibility to try and do it."

She goes big and metaphorical on the point of it all: "To me, it is absolutely the case that democracy is the medicine for the cancer of poverty, for the insistent illness and perversion of racism and sexism and bigotry. Democracy is how we ingest and make new who we can be."

She's going to keep talking about all of this.

That's kind of the whole point.

"What I learned from my parents who became ministers is that you have to tell the truth again and again and again," says Abrams, 47. "If you want people to internalize it, if you want them to see it themselves, you've got to keep at it."

"Winning helps," she notes. "People pay a lot more attention to the possibilities when proven that you can do it."

And how. An Atlanta transplant and longtime Democratic lawmaker who narrowly lost the 2018 Georgia governor's race, Abrams has become one of the country's leading voices on the importance of — and challenges to — voting rights.

"It isn't my job to ensure that one political ideology is dominant," Abrams says. "It is my job to solve the problems that people face."

• For more from PEOPLE's Women Changing the World Issue, featuring Camila Cabello, Naomi Osaka and Sofia Vergara along with everyday heroes, subscribe now or pick up this week's issue, on newsstands Friday. Two groups she founded, the New Georgia Project and then Fair Fight, have been central to an enormous registration drive in Georgia in recent years, including some 800,000 new voters between 2018 and the 2020 election. Abrams' theory has long been that Georgia's electorate, if only it could be rightly expanded, was more diverse than history made it seem.

For years, she and others have been making this argument, only underlined by Abrams' own near-victory in 2018.

"I didn't declare that at the end of this [my gubernatorial campaign], we were going to be victorious. I declared that at the end of this, we're going to make sure every vote counts or do our best to make that happen," she says. "Because level-setting and having this combination of hope and honesty is, I think, the only way you build the trust you need to actually get people to fully participate."

As it turns out, the organizers were right.

The Georgia voter-registration efforts set the backdrop for November's presidential surprise, when some 5 million ballots were cast, smashing the previous record. Joe Biden defeated Donald Trump in Georgia — the first Democrat to win statewide there in decades.

Deborah Scott, who founded another local group, Georgia Stand Up, echoed that to the Times: "We weren't surprised that Georgia turned blue, because we've been working on it for over 15 years."

Abrams freely shares the credit of what she describes as a years-long effort: "Let's celebrate the extraordinary organizers, volunteers, canvassers & tireless groups that haven't stopped going," she tweeted in January ("The list is too long and I get myself in trouble if I start naming names," she tells PEOPLE.)

But she's not shy about being the face of this work outside of the state and of taking her own future seriously. Abrams enjoys the success of the last few months but she knows she isn't done.

"I'm relieved not to live in a totalitarian society where we are dying with no hope of recourse. … I don't mean to make light of it, I mean very, very seriously, that was a good thing," she says. But, she goes on, "This isn't work to be done that will have an end date or a success. It is work to be done because I believe in the responsibility to engage and to help."

"For me, the goal is to make sure that we know that [2021], it can be better and must be better than 2020 — but that the forces that are trying to deny us our democracy are still hard at work, that the scourge that is COVID is still present and that the challenge of recovery is before us," Abrams says. "But that our survival of 2020 and our entry to 2021 is, once again, proof that we can do it."

Abrams, currently working as an activist, is widely expected to run again for higher office.

With rare downtime, she'll watch Bridgerton or Lupin on Netflix or tend to her second career as, yes, a writer of a string of hit romance thrillers. She has another novel due out in May and a documentary, All In: The Fight for Democracy, streaming now on Amazon.

"I learned that ethos from my parents. We used to tease them — that these two black people and their six children were their own little social justice workforce, trying to solve the ills of our entire state. But what my parents wanted me to know, what I learned, is that it's not about some grand victory at the end," Abrams says. "There might be great titles and great moments, but it's always asking the question, 'How can I help? What can I do? How can I fix it?' Because if I'm asking that question and I'm doing that work, then every day is meaningful and every day is a better day."