Home » Politics » What’s It Like to Have Kamala Harris As ‘Momala’? We Asked Her Stepkids. 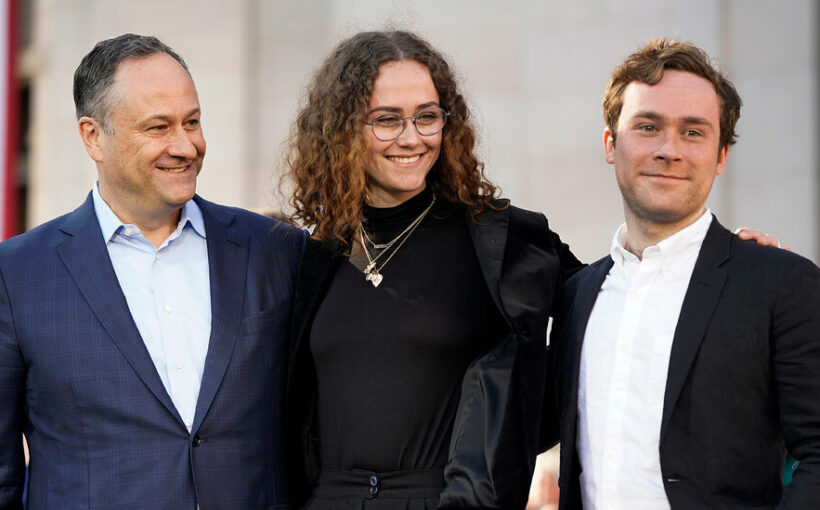 Before November, most people didn’t know the names Cole and Ella Emhoff. Cole, 26, was working at a production company in Los Angeles, living with his girlfriend. Ella, 21, was an art student in New York, living in Bushwick, and posting pictures of her knitting designs on Instagram.

But on the night that Joe Biden and his vice-presidential running mate, Kamala Harris, delivered their acceptance speeches, with their families gathered onstage, watching fireworks, Cole began receiving astonished texts from friends and colleagues. “They’re like, ‘Wait, how did you not tell me this?” he said, speaking by Zoom with his sister from their mother’s home in Los Angeles. He was wearing a gray T-shirt with an image of Ms. Harris’s face on it — he swore it was “the only clean one I had in the house.” This interview has been edited and condensed.

The past few months must have been pretty surreal for the two of you. What’s it been like?

Cole Emhoff: It’s weird to turn on CNN and see my dad. I’m like, “Wait, you don’t belong there! But I guess you do?” It feels completely unprecedented for us because we haven’t really been around politics our entire life. We’re still kind of getting used to it.

Ella Emhoff: When we went to see them for Election Day, it really hit me, like, Whoa. Seeing them is a lot different now. There’s a lot more people. I think the idea of sharing our parents with the world is kind of insane. Like, it’s a really cool thing to wrap your head around — because you get to share all the great things — but it’s also like, Hunh?!

Was your family political growing up?

Ella: Cole and I grew up having knowledge of politics. When Proposition 8 was happening [in California], we were really active in that. But I feel like it was in a different way than we are now. …

Now this is like, we’re really in it. We’re learning the behind the scenes. We’re learning policy. But we didn’t ever say, like, “Oh, we’re going to be really political now!”

What’s it like being in a room with your extended family?

Ella: It’s like you get the most confident, strong personality people, a lot of them being women, and it’s like you’re layering all of them on top of each other and it becomes everyone trying to talk over each other. So it’s a lot of really enthusiastic yelling.

So it’s a family of strong personalities and also lawyers. What was that like growing up?

Ella: It was nice to have so many different, really strong opinions. We always joke that whenever we bring our friends over for the first time they’re going to get grilled. Like, if you don’t have your 10-year plan, like, fully ready and outlined in a spreadsheet for them, you’re not going to survive that meal.

Cole: They don’t do well with small talk. It’s like, Let’s get down and dirty right there at our dinner table.

What kinds of things were your dad and stepmom asking about?

Cole: I was a senior when they got together, and I remember I saw a tweet that someone did. It was a photo of Kamala at the Kavanaugh hearing, and someone tweeted, like, “I’d hate to have to look at that face and explain why I’m late for curfew.” And I was thinking, “I’ve literally had to do that.” 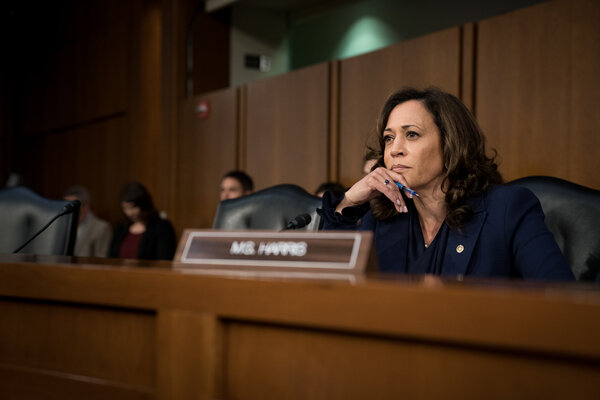 Cole: I went to school in Colorado, and it was kind of a, not to say “hippie” school but, like, very outdoorsy crunchy, if you will. And one of my friends wanted to go backpacking when she graduated, and Kamala was like, “OK, so then what are you going to do with that after? Then what? And then what?” And my friend still quotes that conversation as having kind of reframed what she felt like her path would be — in terms of having goals that were not in her immediate future. But I think they just want us and people to be intentional.

How would you describe them as a couple?

Cole: It depends on the setting. Because Doug and Kamala together are like almost vomit-inducingly cute and coupley. I’m like, When is this going to wear off?

Ella: It’s so insane. It’s like the honeymoon phase forever. Like, the rest of the world gets to see it on social media, but we live that.

What is the parenting dynamic like between your mom, Kerstin Emhoff, and Doug and Kamala?

Your mom did mention that she found out about your tattoo on Instagram.

Ella: Oh my God. OK. Well, when it comes to stuff like that, I think they all have conflicting ideas — and all of their ideas are like, “EL-LA.” So I don’t tell them. And luckily Doug and Kamala don’t really see my Instagram.

Cole: Ella just banks on wearing long sleeves when she needs to.

Ella: The level of parenting between the three of them is very different now that we’re both in our 20s and are kind of able to make decisions. So with hair and tattoos and things like that, I think they’re all in the realm of like, “I don’t understand it, but I want you to be who you want to be.” They have good communication between the three of them. They are really a unit, like a three-person parenting squad. It’s really cool.

What’s it like seeing your dad in this role?

Cole: My favorite thing is if you scroll back through Doug’s Instagram, you can see the progression from quintessential “Dad” with, like, 10 followers — like, a selfie shot right under his face — to having hundreds of thousands of followers and legitimately being good at it.

Ella: Yeah, it’s weird for us to see the change from going from this, like, normal, regular shmegular “Doug” —

Cole: Also just a quick note, but we do call Doug “Doug” at home and always have. I consider it a term of endearment. “Doug” and “dad” are both one syllable; they sound similar so it almost felt like a nickname. And now I just can’t stop.

Ella: Yeah, I write all emails: “To Mom and Doug.”

What was it like when your parents split up?

Cole: There was like a period of, I don’t know how many years, when we called ourselves the “Palazzo Crew.” Because when Doug moved out, he moved into this apartment complex called the Palazzo.

Ella: It definitely, for the three of us, was really bonding. And I think we do have that sense of like, we made it through the random apartments, figuring out the dynamic of it being just us.

Cole: There was definitely a lot of learning to be done for everyone involved. Ella was in elementary school. I was in middle school. There was a time when we’d go almost every night and get a sandwich for dinner at the Whole Foods deli counter next to our house. And Doug was like, “We need to eat better.” So we’d try to cook — and Kamala has turned Doug into, like, actually a good cook — but there was a period when Doug made what he thought was a great decision. He was like, “What if I order premade meals for us that we can heat up once a week?” But this was pre-Farmbox or whatever, so it was like a Craigslist-type situation. So we would just have these Tupperwares of like random spaghetti that were like stained red, that someone would bring to the house — and he’d be like, “Homemade dinner, guys!”

How do you think he’s going to adjust to Washington?

Cole: I think Doug is a bit of a chameleon, and that’s why everyone loves him. Like, he can fit in in any room.

Cole: I think of all people, Doug was like randomly born for this.

Your dad has never not worked, right? What do you think that’s going to be like for him?

Ella: I hope he takes up, like, another hobby. I hope he starts knitting, like I do. I think it’ll be a good time for him to slow down and just, I don’t know, like appreciate life. And tap into a lot of the things that he couldn’t do because he was working so much or had these, like, time constraints. I hope that it opens up some of those creative outlets, but that’s obviously just me, the creative child.

Did you think of your family as different, or particularly evolved, growing up?

Cole: Divorce was extremely common in our world in L.A. It was hard at first, but I always think, like, I’m so happy they divorced because I think it really brought us closer.

Ella: It’s a cool dynamic we all have. And I think it is a good model to show that you can have this and this isn’t weird. Like it’s not weird to be friends or have a good relationship with your ex. It’s actually very healthy.