Home » Politics » Where is the money? SNP condemned as just seven out of 30 UK schemes paid to Scots 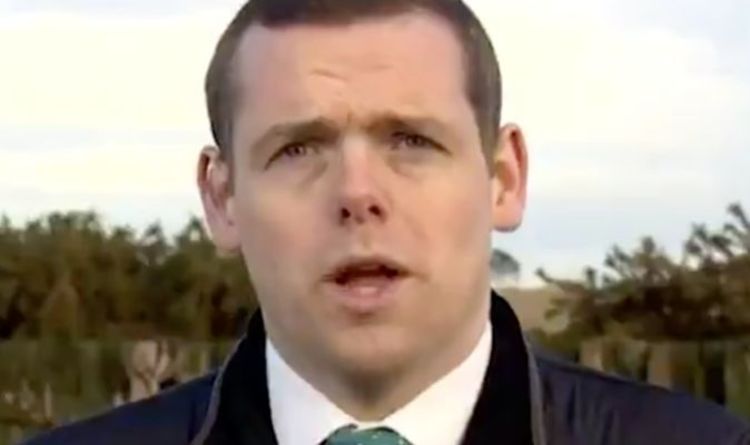 The attack came from Scottish Tory leader Douglas Ross who claimed the SNP have been sitting on funds provided by the UK Government that would help businesses across Scotland recover from the coronavirus pandemic. He said: “We had a welcome announcement yesterday from Kate Forbes that some of the money that the UK Government have delivered to the Scottish Government is going to go into new schemes.

“But we’ve got to see these schemes delivering.

“The fact is that seven out of the 30 schemes that have been announced since December have not paid out a penny.

“We still don’t know how businesses can get that support and I want to see a 10-day turnaround from schemes being open to businesses getting that funding because it’s vital that the money is there to support businesses and the jobs that they employ.”

The stern attack on the SNP Government comes as a hospitality industry body warned most businesses are not viable after the “worst December’s trading in living memory”. 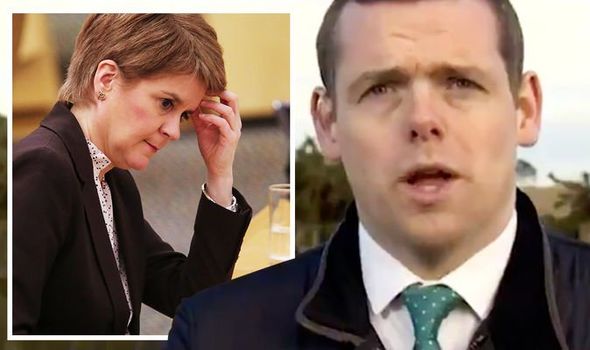 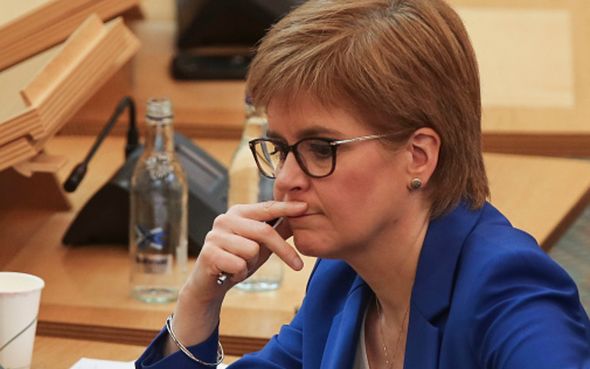 The Scottish Hospitality Group said its members took only 20 percent of last year’s earnings during the Christmas trading period, losing on average £12,000 in revenue per week per premises.

SHG said the support available during the coronavirus pandemic is “completely inadequate” and claimed that in many cases what there is has not appeared months after it was promised.

The group, which represents several large hospitality companies, said the massive cut in revenue will impact payments for property and equipment rent and utilities until at least the summer, affecting suppliers, investors such as pension funds and others who depend on the industry.

Stephen Montgomery, SHG spokesman, said: “Without Christmas, when we earn around 30 percent of our entire annual income, most hospitality businesses just aren’t viable.

Brexit: SNP calls on government to provide support to Scotland

“We’ve had the worst December’s trading in living memory and we’re facing the worst start to a year ever. Instead of helping, our political leaders are squabbling with each other. It’s like arguing about who throws the lifebelt when someone’s already under water.”

SHG said that during lockdown, businesses continue to spend on average nearly £6,000 per week per premises on fixed costs and contributions to the furlough scheme.

The organisation, which represents businesses including the DRG Group, Signature Pubs and G1 Group, called on the Scottish and Westminster governments to work together to support the sector.

Mr Montgomery said: “The continued furlough scheme is welcome but it’s there to protect jobs rather than businesses, and we still have to pay all sorts of fixed costs. 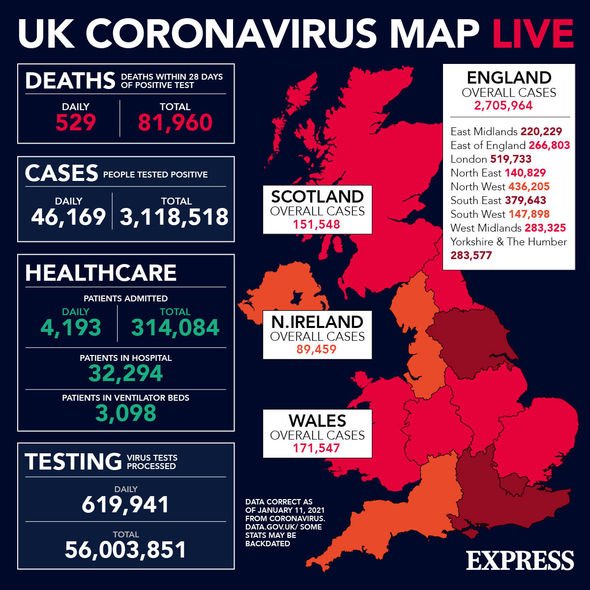 “Even those businesses that survive will seriously struggle to recover this year. Not only is the support completely inadequate, in many cases what little is available hasn’t appeared months after it was promised.

“We will soon be proposing specific, realistic measures that both governments can introduce so we’ve got a fighting chance of getting back on our feet by next year.

“First of all though, we need them to grow up and start working together so that the hospitality sector still exists to drive our economic recovery once the virus is under better control.”

A Treasury spokesman said: “We’ve taken swift action throughout the pandemic to protect lives and livelihoods, and this week’s cash injection will ensure we continue to support businesses and jobs through to the spring.

“We’ve already extended the furlough scheme until April, providing certainty for businesses as they navigate the months ahead.

“And we’ll have a Budget in early March to take stock of our wider support, and set out the next stage in our economic response.”