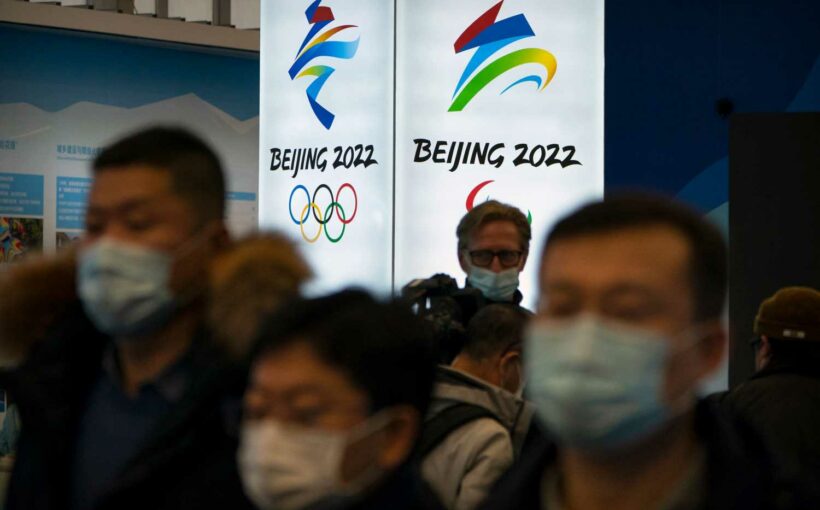 As the United States and China continue discussions on a virtual summit to be held between the countries' two leaders next week, one thorny topic looms large: the 2022 Beijing Winter Olympics.

President Xi Jinping of China is likely to use the discussion, expected next week, to extend a personal invitation to U.S. President Joe Biden to attend the events in Beijing in February, said two people familiar with the matter.

The invitation would serve as a challenge to Biden to decline and put the relationship on ice; or accept and contradict his administration's own messaging on democracy and human rights.

The White House and National Security Council declined to comment on how the president would respond to such an invitation. Karine Jean-Pierre, White House principal deputy press secretary, previously said staff were working out details of the summit, which was focused on managing the countries' competition, not on "deliverables."

Further complicating the issue: Group of Seven, or G-7, nations are still discussing a possible "diplomatic boycott" of the games, where athletes would participate but heads of state would not attend, according to two Western diplomats.

A joint decision has not yet been made on government attendance, these officials said.

Activists have called for a global boycott of what they've labeled the "Genocide Games" and urged the International Olympic Committee to postpone or relocate the events, citing China's human rights abuses against the Uyghur population.

The State Department has condemned the "mass detention and political indoctrination campaign" against China's ethnic minority, which it estimates are engaged in forced labor in some 1,200 "state-run internment camps."

"In Xinjiang, the government is the trafficker," the agency said in a July factsheet.

In April, State Department spokesman Ned Price said a coordinated boycott is "something we certainly wish to discuss" with allies. The department later walked back the comments, suggesting it is not discussing a full boycott of the Games.

But dissension has continued to simmer. A group of U.S. senators, led by Sen. Mitt Romney, R-Utah, have proposed to exclude funding for government travel to the Games in an upcoming defense spending bill. And at the G-20 summit in Rome, the U.S. and Canada blocked language praising the upcoming Beijing Games from inclusion in the joint statement, according to Politico.

Reached for comment about the administration's current posture on the boycott, a spokesman for the State Department referred CNBC to comments made by Secretary of State Antony Blinken at The New York Times DealBook Summit.

"This is the most complex and consequential relationship we have," Blinken told Andrew Ross Sorkin.

Biden will enter the talks with Xi coming off a domestic win, with the passage of the bipartisan infrastructure deal. The U.S. and China also pledged in Glasgow to work together on climate. The top U.S. trade official, Trade Representative Katherine Tai, said Wednesday that progress is being made on discussions to enforce the trade deal negotiated by the Trump administration.

The virtual Biden-Xi summit, which sources said could happen early next week, will be the closest thing to a face-to-face meeting between the two world leaders since Biden took office. Though the two leaders engaged closely before becoming heads of state, they have been relegated to phone calls as the coronavirus pandemic lingered and Xi opted not to travel internationally.

If it appears Western leaders will not attend the Beijing Games in person, Xi may also opt not to attend, citing Covid-19 risk, according to the diplomats.

Personal invitations to the Games by the host country's leader are customary. In March, Japan's prime minister, Yoshihide Suga, told reporters he was likely to invite Biden to attend the Tokyo Summer Olympics when he visited the White House the following month.

In May 2021, the U.S. issued a do-not-travel warning for Japan as the country's Covid cases surged. In July, first lady Jill Biden attended the opening ceremony in Tokyo.