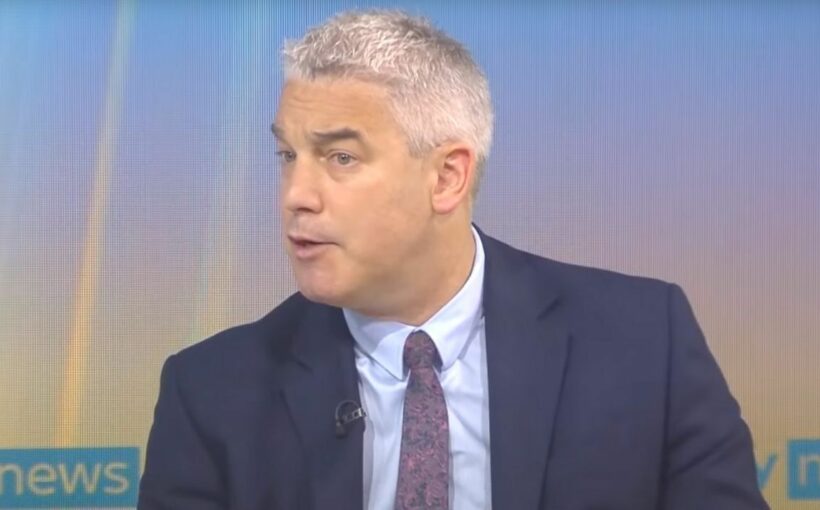 Steve Barclay fumbled to address the concerning revelations of Sue Gray’s report into lockdown gatherings in Downing Street. The Downing Street Chief of Staff has served as an MP under both David Cameron and Theresa May. Sky News host Kay Burley probed the Tory MP over whether previous Conservative prime ministers would have accepted the pandemic behaviour permitted by Boris Johnson. She asked: “You’ve been an MP since 2010, was it your understanding that David Cameron would’ve overseen wine time Friday?”

Mr Barclay replied: “I don’t know, I mean I was a backbench MP at the time so I wasn’t working in Downing Street.”

Ms Burley was prepared for the denial of the Conservative MP: “I know, which brings me onto Theresa May.”

She continued: “You were her Brexit secretary, weren’t you?

“Would you have seen wine time Fridays when she was in Downing Street?”

Mr Barclay continued to dodge the questions of the Sky News reporter.

“It’s just simply about, if you’re asking my own personal roles, I was working in Number Nine-”

Ms Burley interrupted: “Do you think Theresa May would’ve been happy with what was happening in Downing Street?”

As the Downing Street Chief of Staff continued to swerve her line of questioning, Ms Burley said: “You do know, you know exactly what type of woman she was and she wouldn’t have been at all happy.”

Mr Barclay failed to provide a clear answer as to whether previous Conservative Prime Ministers would have allowed the boozy gatherings that were held in Downing Street under Boris Johnson.

The Tory MP continued to defend the Prime Minister as he asserted Mr Johnson was shocked by the findings of the Sue Gray report published on Wednesday.

He said: “Sitting with the Prime Minister yesterday, as I say, he was shocked, particularly by the treatment by some staff of others in the building.”

Mr Barclay continued: “That is something the Prime Minister was not aware of, he was shocked by.”

The Chief of Staff explained Mr Johnson had been “humbled” by the revelations of the partygate investigation and had made an effort to direct apologies to mistreated Downing Street staff.

He claimed the Prime Minister had accepted “ultimate responsibility” for the lockdown breaches despite not being present at all gatherings investigated.

In an address to the House of Commons following the publication of the Sue Gray report, Mr Johnson apologised for his actions but maintained his defence that he did not consider his actions to be in breach of lockdown conditions at the time.