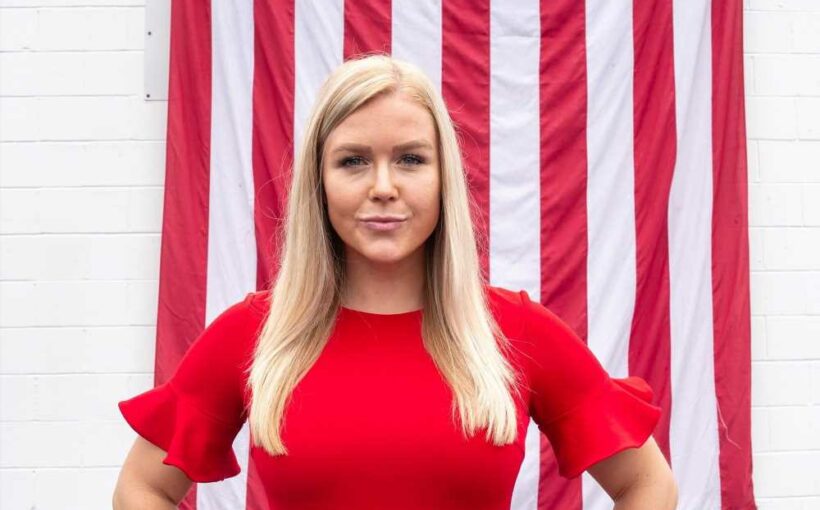 This is how much the rogue Texas Dems’ DC trip cost, says lawmaker

A 20-something Republican is launching her campaign for Congress Tuesday, seeking to unseat a New Hampshire Democrat — by specifically running against 78-year-old President Biden’s policies and what she calls the “tyrannical … corruption” of New York’s Gov. Andrew Cuomo.

Karoline Leavitt, 23, a 2019 college graduate, would be 25 when she takes office if she defeats two-term Rep. Chris Pappas next year in the swing district. She entered the race with significant national support after working at the White House for former President Donald Trump and then for upstate New York Congresswoman Elise Stefanik.

“People here, more than any state in the union, value our freedom and our liberty, and we have a federal delegation that is made up of Democrats right now who are voting in favor of policies that are infringing on our freedoms, whether it’s gun control measures, whether it’s higher taxes, whether it’s more regulations on our businesses,” Leavitt told The Post.

“Everything they’re doing is the antithesis of what New Hampshire stands for.”

Republicans most recently carried the district in 2014 and Pappas was re-elected last year with only 51 percent of the vote. In a potentially worrying pattern for Democrats, the GOP won the seat in both midterm elections under President Barack Obama.

Although New Hampshire has a reputation as a purple state, Leavitt says she’s running as a conservative who is “proudly pro-life, pro-liberty and pro-gun” and against the “radical uncontrolled spending” of Biden and Democrats in Congress.

“My age is not the problem. The problem is the fact that we have people in Washington, DC, who have been serving twice as long, maybe three times as long, as I have been alive. If we want real change in our system, we should elect young leaders to reinvigorate our base,” she said.

Leavitt grew up in New Hampshire and graduated from the state’s Saint Anselm College. Her parents didn’t attend college, but launched small businesses including a successful truck dealership. She gained early work experience at the family’s ice cream shop — which she says Biden, who famously treats himself to ice cream while traveling, has yet to visit.

Leavitt said she wants to promote policies that give “more freedom for our businesses to thrive.” If elected, she said that she also wants to support police officers and push to reduce illegal immigration along the US-Mexico border.

At both the White House and Stefanik’s office, Leavitt took on a prominent role in messaging against Gov. Andrew Cuomo (D-NY) amid his nursing home and sexual harassment scandals — including supporting Stefanik’s early call for the governor to resign. Most elected state Democrats later joined the calls for Cuomo to quit.

“Gov. Cuomo is the perfect example of a tyrannical dictator, quite frankly, who has clung to power because of his money and his name and all of the corruption that he’s been involved in,” Leavitt said.

Trump has not announced an endorsement in the race, but he’s gotten behind former aides in other contests and his endorsement often is decisive in GOP primaries. Leavitt said “I proudly served [Trump] and I continue to support him with all of my heart, and I hope he runs again in 2024.”

Another former Trump aide, Matt Mowers, lost to Pappas in 2020 and may run again, setting up a potential struggle for Trump’s backing. Mowers is close to New Hampshire resident Corey Lewandowski, who served as one of Trump’s 2016 campaign managers. Lewandowski remains a close ally to the former president.

A source familiar with Mowers’ thinking said there’s a “strong likelihood” that he will enter the race. Mowers worked for the Trump campaign in 2016 and later in the State Department from 2017-2019.

For Leavitt, youth can be a significant asset. Rep. Alexandria Ocasio-Cortez (D-NY), formerly the youngest House member at age 29, used her instant national profile to help push socialism into the Democratic Party’s mainstream.

AOC was supplanted as the youngest member of congress by North Carolina Republican Madison Cawthorn in 2021.

Leavitt, meanwhile, said she plans to advocate the exact opposite message as Ocasio-Cortez.

“My generation is incredibly brainwashed by the Left, by social media, by cancel culture, by the mainstream media, by Hollywood and by higher education,” Leavitt said.

“My generation needs to know that socialism does not work. It will cripple our economy and will make all of us dependent on the government.”

Leavitt called the Democratic incumbent Pappas, 41, first elected in 2018, “a radical in disguise” who “talks and acts like a moderate” but is actually “a puppet” of House Speaker Nancy Pelosi (D-Calif.).

Pappas’ campaign did not respond to a request for comment.