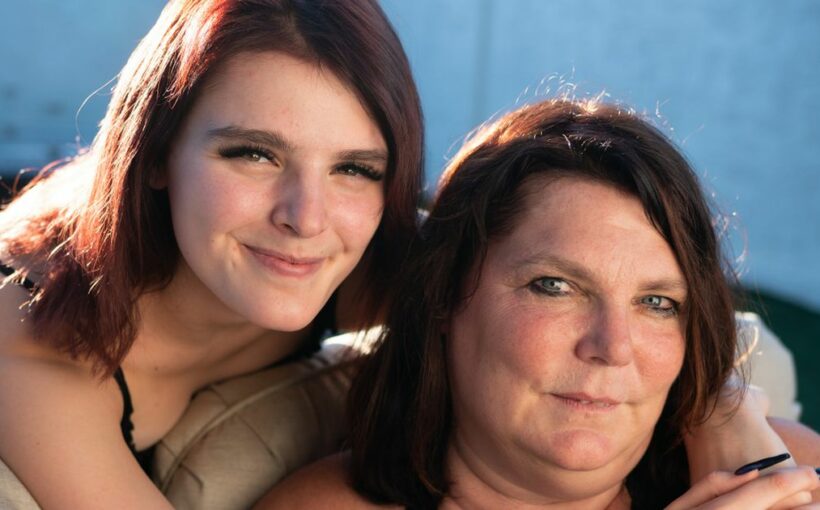 A woman who was born two days after her dad died in the September 11 terrorist attacks in New York has heard his voice for the first time thanks to resurfaced old footage of him in a band.

Daniel Lee was 34-years-old when he boarded American Airlines Flight 11 to LA to be home for the birth of his second child.

The plane was hijacked by al-Qaeda terrorists and crashed into the North Tower of the World Trade Center, killing all 92 onboard, almost 20 years to the day, and a week shy of his daughter's 20th birthday.

Daniel was a roadie for Backstreet Boys, Neil Diamond, ­Aerosmith, Janet Jackson, and REO Speedwagon. Two days after his untimely death his daughter Allison Lee was born via cesarean section, The Mirror reported. Allison, 19, said of her dad, who was also a musician: "In the last couple of months I’ve heard my dad sing and my dad play for the very first time. Mum found some old cassettes and videotapes and put them on a flash drive.

"The band was called Driving Force and I really loved their music.

"That was the first time I’d heard him and it was pretty cool. And I also saw videos of Mum and Dad water-skiing together that was lovely to watch.

"I’d only seen their wedding video so it was lovely seeing them doing something normal as a couple."

Allison was around 10 years old when she started to realise what had happened to her dad after Osama bin Laden, who plotted 9/11, was killed by US Special Forces on May 2, 2011.

She said: "I didn’t really understand until around that time. That’s when I started to understand what really happened to my dad."

Sitting in the kitchen of their home in Los Angeles, tearful wife Kellie, now 52, said that before her C-section she was given a choice of dates and still laments not choosing the earlier one because, she says, it would have had Dan home before the terror attack.

She said: "It was a planned C-section and I had been given the choice of a date between September 9 and 16. I’ve always thought – why didn’t I choose the 9th – then Dan would have been home safely before 9/11 – that’s always upset and ­bothered me.

"I chose the 14th as it was my dad’s birthday but the doctor forgot and I ended up with the 13th.

"And the Backstreet Boys, who he was working for at the time, had to delay their tour because one of the members went into rehab.

"I’ve often thought that if that tour hadn’t been put back, hadn’t been delayed then Dan would never have been in Boston and would still be with us."

Kellie, who was with Daniel for 10 years and married for six, said: "I remember getting cards saying congratulations on the birth of your daughter and condolence on the death of your husband." She recalled what ­happened on the morning of 9/11 at the couple’s Californian home in Van Nuys in Los Angeles.

"I woke up and Dan had already died – his plane had already hit the Towers but I didn’t know. That’s always upset me… even all this time later," she said.

Kellie will not be at the Ground Zero 20th ceremony in New York on Saturday, where victims of the four coordinated terrorist attacks in the US will be honoured, instead, she'll be remembering him by eating at one of his favourite restaurants.