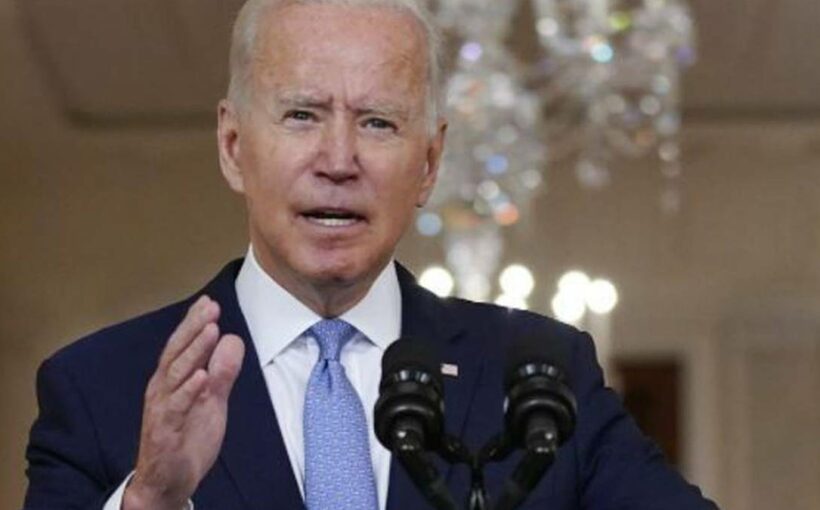 An Afghan interpreter who helped save US President Joe Biden during his trip to Afghanistan in 2008 is among those who have been stranded by America’s withdrawal from the country.

Mohammed, whose surname has not been revealed for his own safety, is now in hiding with his wife and four children.

His life is under threat from the Taliban, which is reportedly hunting down Afghans who collaborated with western forces, threatening their families and, in some cases, executing them.

“Save me and my family,” Mohammed said in an interview with The Wall Street Journal this week, directing his plea at Biden.

Thirteen years ago, when he was still a US senator, Biden visited Afghanistan with his colleagues John Kerry and Chuck Hagel. A snowstorm forced the two Black Hawk helicopters they were travelling in to make an emergency landing in the mountains.

The senators were stranded out in the open, about 32 kilometres away from the safety of Bagram Air Base. A day earlier, US forces had engaged in a serious battle with Taliban fighters nearby, killing almost two dozen of them.

The helicopter crew issued an urgent plea for help.

At Bagram, a group of US national guardsmen leapt into action, driving into the mountains to rescue the politicians. They brought Mohammed, a highly trusted interpreter, with them. The Journal reports he’d been in more than 100 gunfights alongside US forces, and was so well trusted that the Americans would sometimes give him a firearm.

Hours later, the convoy reached the grounded helicopters. Biden, Kerry and Hagel were all taken back to Bagram, while Muhammed stayed behind with US and Afghan soldiers, guarding the Black Hawks in the freezing cold until they could take off again 30 hours later.

When local Afghans approached the scene, he told them to stay away.

As the US prepared to withdraw from Afghanistan, Mohammed was among tens of thousands of Afghans to apply for a Special Immigrant Visa, which would have granted him permanent residence in America. Like many others, he fell victim to administrative farce, as the contractor he worked for lost the records he needed.

Americans who served alongside him appealed for help.

“If you can only help one Afghan, choose (Mohammed). He earned it,” wrote one Afghanistan veteran, Shawn O’Brien.

But Mohammed never made it out. When he tried to enter Hamid Karzai International Airport in Kabul, the Americans told him only he could get in. His wife and children could not.

“What’s your response to him? And why is he and other Afghan allies like him still in the country if the President believes, as he said today, that the mission was ‘an extraordinary success’?” a reporter asked her.

“Well, I would say first, our message to him is, ‘Thank you for fighting by our side for the last 20 years. Thank you for the role you played in helping a number of my favourite people out of a snowstorm, and for all of the work you did,'” said Paski.

“And our commitment is enduring, not just to American citizens, but to our Afghan partners who have fought by our side.”

She said America’s efforts had shifted to “the diplomatic phase”.

“We will get you out. We will honour your service. And we’re committed to doing exactly that.”

Just how, exactly, the US intends to extract the remaining Afghans who helped it is unclear.

As NBC News has noted, the data indicates only a small fraction of those Afghan allies made it out of Afghanistan before US forces left on August 31. While tens of thousands of Afghans applied for Special Immigrant Visas, having worked for the US or US-backed organisations, only 8500 or so were evacuted.

The visa program was set up years ago, but was always plagued by administrative issues. The Biden administration has argued it inherited a massive backlog of applicants.

But human rights groups and those advocating for America’s Afghan allies say the Biden administration ignored warnings that it needed to begin its mass evacuation sooner.

In a defensive speech to Americans yesterday, Mr Biden hit back at criticism of the chaotic withdrawal that unfolded under his watch.

“Some say we should have started mass evacuation sooner and, ‘Couldn’t this have been done in a more orderly manner?’ I respectually disagree,” the President said.

“Imagine if we’d begun evacuations in June or July, bringing in thousands of American troops, and evacuated more than 120,000 people in the middle of a civil war. There still would have been a rush to the airport, a breakdown in confidence and control of the government, and it still would have been a very difficult and dangerous mission.

“The bottom line is, there is no evacuation from the end of a war that you can run without the kinds of complexities, challenges and threats we faced. None.”