A Sydney businesswoman accused of defrauding the National Australia Bank of millions of dollars suggested to a friend that she “wasn’t paying” for a birthday lunch in Woolloomooloo attended by dozens of guests, a court has heard.

Helen Rosamond, 47, is standing trial in the NSW District Court in Sydney on charges relating to her alleged role in defrauding NAB of $15 million. She has pleaded not guilty to 60 counts of giving a corrupt benefit and 32 counts of dishonestly obtaining, or attempting to dishonestly obtain, a financial advantage by deception. 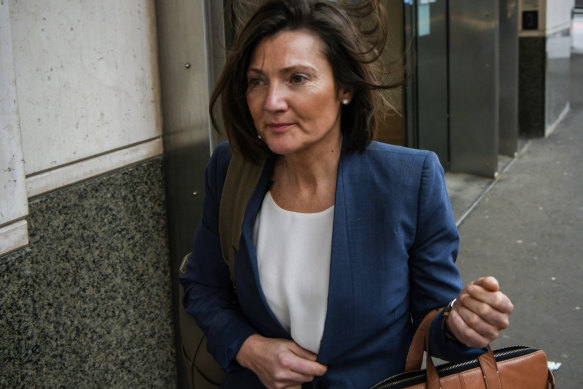 Sydney’s Downing Centre District Court heard evidence on Wednesday from Margaret Waller, who said she met Rosamond about eight years ago. She told the court she attended Rosamond’s “lavish” 40th birthday in about 2015 at a mutual friend’s Mosman home.

Waller agreed she later attended a lunch in 2017 at the China Doll Restaurant in Woolloomooloo in Sydney’s east to celebrate Rosamond’s mother’s birthday.

“I believe Helen paid for lunch. I remember it being such a generous lunch for Helen’s mother that I approached the guests, which I think there were 30 or more, to take up a collection for the drinks,” Waller said.

“I gave it to Helen and said, ‘Here’s a contribution towards the lunch.’ She said, ‘What’s this for? Don’t worry, I’m not paying for it’, or something like that.

“I didn’t know exactly what that meant but it was an unusual statement, I thought. I just handed her the money and thanked her for the lovely lunch.”

During cross-examination, Rosamond’s barrister, Dr Anton Hughes, pressed Waller on her statement that Rosamond had said “something like” the words she claimed, and asked: “You’re not really sure about what she might have said?”

Waller replied: “I’m sure that it was in that context, but I’m not sure if those exact words were said.”

Waller said the lunch was also attended by interior designer Robbie Nicol, who has previously given evidence that Rosamond paid her $228,747 to furnish her Potts Point terrace in 2017. Nicol agreed this week she attended the lunch and said “we paid for our drinks”.

The Crown alleges Rosamond sent falsified and inflated invoices from her event management company Human Group to NAB between 2013 and 2017 and paid millions of dollars in kickbacks to Rosemary Rogers, chief of staff in the office of the bank’s then-chief executive, to ensure they were paid.

The court has heard Rosamond’s company had regularly carried out event planning services for NAB executives. Rogers, who had worked for the bank since 1995, was authorised to approve payments of up to $20 million.

The court has previously heard allegations Rosamond paid for luxury travel, accommodation, and a vehicle for Rogers, in return for Rogers approving inflated invoices that incorrectly attributed Rosamond’s personal expenses to NAB, including her Potts Point home furnishings.

Rogers has been prosecuted and jailed for her role in the NAB arrangement, the jury has been told, and she is expected to give evidence in the trial. 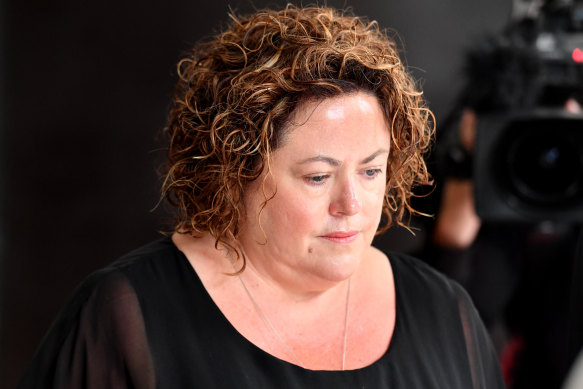 Rosemary Rogers has been jailed for her role in the NAB arrangement.Credit:Sam Mooy

Rosamond’s barrister said in his opening address to the court that the central issue in the case would be whether Rosamond was party to an agreement with Rogers to defraud the bank.

“[The] interpretation that it was all Ms Rosamond’s idea is very much disputed,” Hughes said.

“The defence is likely to raise an alternative interpretation, that it was Ms Rogers who took those benefits for herself.”

Haryono Setiadi, a real estate leasing manager at Sotheby’s International Realty, gave evidence on Wednesday about a leasing agreement entered into by Rosamond for an apartment in Potts Point in the same street as her home.

The tenant was listed as Rosamond, but the court heard two other names were listed under tenant. Setiadi referred to an email and said “supposedly” the tenants were Rosamond’s parents.