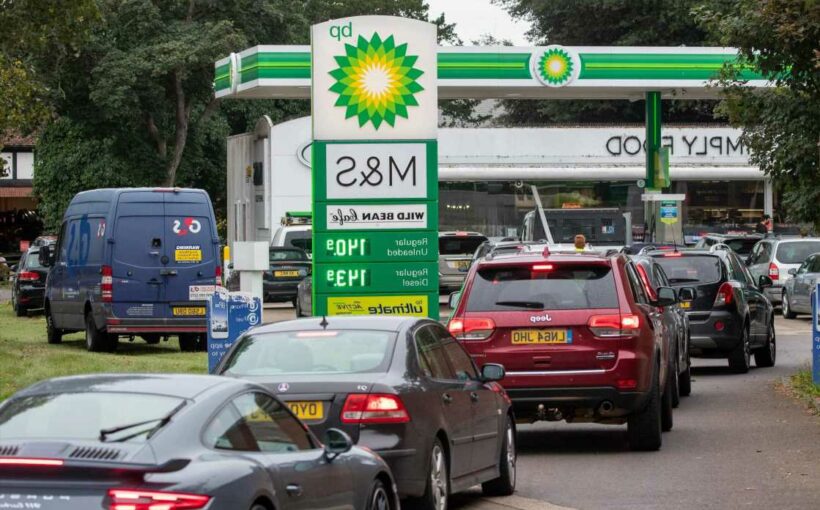 AMBULANCE drivers have been sent begging letters from the Government urging them to switch career and become truckers.

Ministers denied angry claims they're trying to "poach" paramedics after they issued a national distress call to a million HGV licence holders. 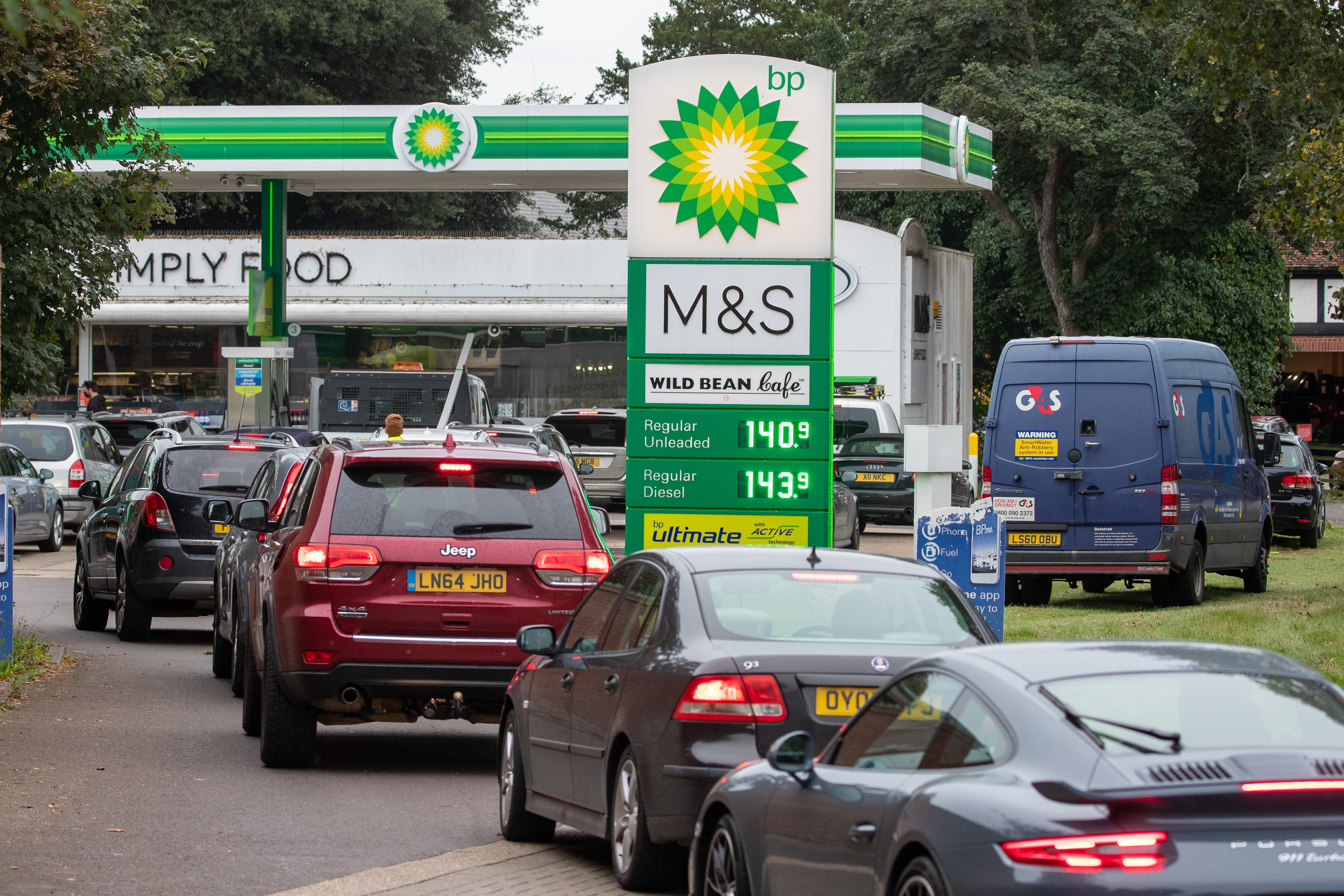 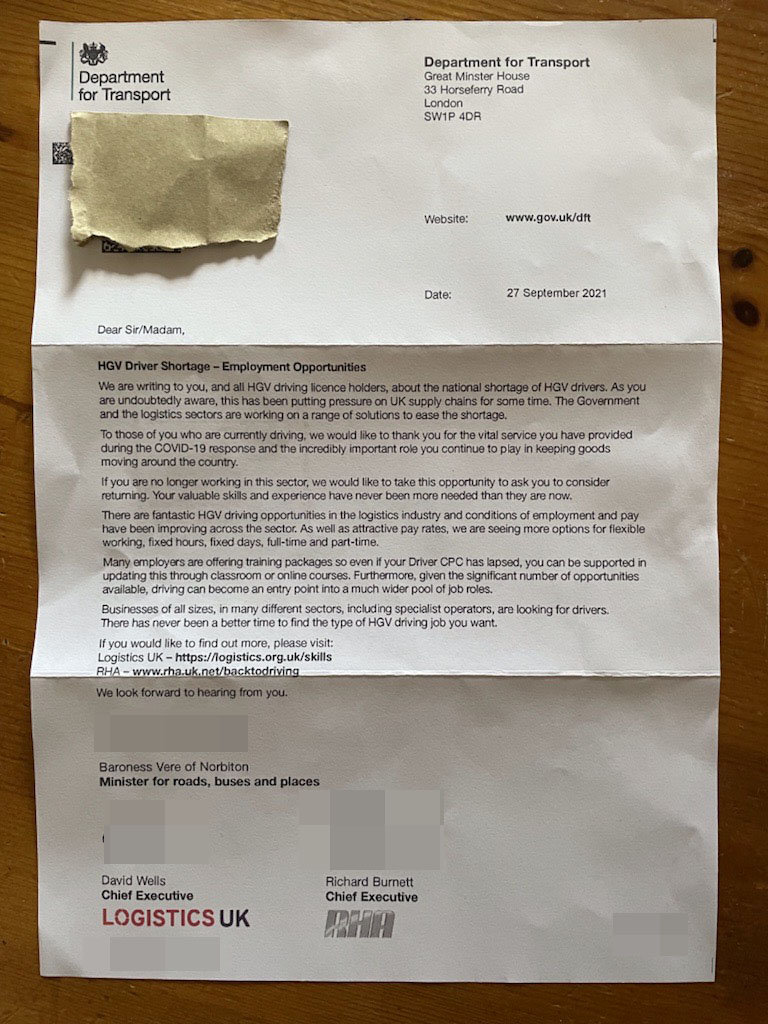 Those approached include ambulance drivers who have to be qualified to get behind the wheel of vehicles up to 7.5 tonnes.

The issue was highlighted by an SNP councillor who received one of the letters because he's training to be an ambulance technician.

He said: "If I'm receiving this letter then every other ambulance driver in the country will have too.

"The fact ambulance drivers are receiving this letter shows that the UK could face stark choices between health care, food and fuel over the coming months.

"It's a reflection of the shambolic situation we find ourselves in with Brexit.

"We've made this country an unwelcome place to thousands of HGV drivers and we're now forced to take such desperate measures as this."

The Department for Transport insisted it was impossible to exclude emergency staff from the mailing list due to data protection rules.

A spokesman said: "We don't want ambulance drivers to change jobs or to be diverted from their vital work saving lives.

"The letter was automatically sent to almost one million people with HGV driving licences."

In it ministers speak of "fantastic" job opportunities in the sector and improving pay and conditions for truckers.

Transport secretary Grant Shapps has urged retired drivers to get back behind the wheel to help end the nightmare fuel crisis.

He said: "My appeal would be if you have an HGV licence, perhaps if you're retired from the sector or found that you weren't being paid enough to make it worthwhile, do take another look.

"Right now there are great jobs available to drive lorries."

Ministers today insisted the panic buying run on petrol stations is finally starting to ease and could be over "very quickly".

The number of empty forecourts has tumbled from 60% at the weekend to 27% with deliveries now outstripping demand from motorists.

But the fallout from a week of major disruption could still take a month or more to fully repair.

It comes with Brits being warned to brace for a "nightmare" Christmas with nut roasts replacing turkey, beer shortages, and presents not arriving.

Experts have warned there will be a "distinct lack of choice" on supermarket shelves with some festive favourites likely to be in short supply.

Mums and dads may also struggle to get their hands on sought after presents like toys, bikes, and electronics due to the global shipping crisis.

Industry insiders warned the shortage of truckers is going to cause "disruption" for families this Christmas.

They said the Government's move to offer 5,000 temporary visas to foreign drivers won't be enough given Britain faces a 90,000 shortfall.

Andrew Opie from the British Retail Consortium said: "HGV drivers are the glue which holds our supply chains together.

"Without them we are unable to move food and other goods around the country.

"The new visa scheme is a step in the right direction but is insufficient in size and scope to prevent Christmas disruption".