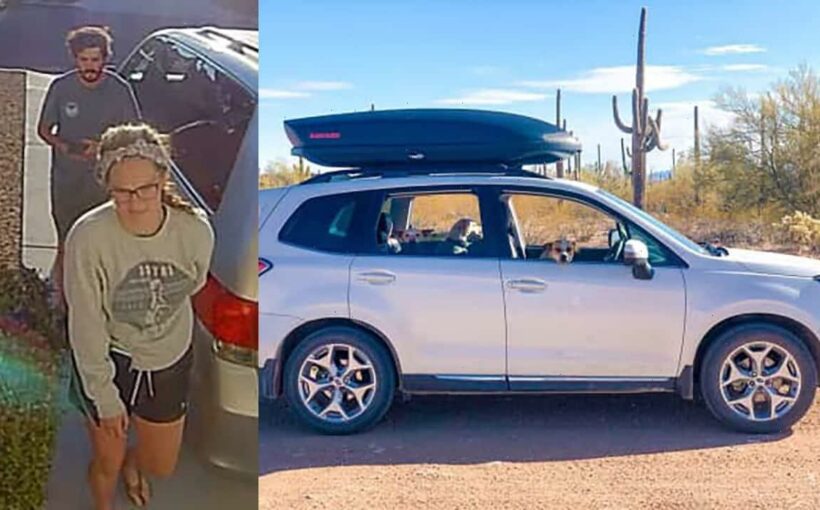 An Arizona congressional aide was found dead and his girlfriend was airlifted to a hospital for medical treatment, days after the couple went missing while camping in Death Valley.

At 11:40 a.m. local time Thursday, Inyo County search and rescue team members were able to reach the remote, steep ledge where missing campers Alexander Lofgren and Emily Henkel were located the day before via aerial reconnaissance.

They had been spotted in the Willow Creek area of Death Valley National Park, authorities said.

Lofgren, 32, was dead, but Henkel, 27, was able to be airlifted for treatment, according to the Inyo County Sheriff’s Office.

“Words cannot begin to describe how heartbroken I am over the death of Alex Lofgren, a dedicated caseworker in my district office,” Grijalva said in a statement Friday. “Alex will forever be a part of our family, and my heart is with his family, his loving partner Emily, and his colleagues who mourn him today.”

“After serving our country in Afghanistan, he came home to Arizona to serve veterans right here in southern Arizona as a caseworker in my office,” the statement continued. “The passion he dedicated to his work each day touched countless lives. No matter the situation, Alex met those he helped with a smiling face, a caring heart and unrivaled empathy.”

The Inyo County coroner will investigate to determine the cause and manner of death, according to the sheriff’s office.

“This has been a tremendously difficult operation in a very unforgiving geographic area of Inyo County, I sincerely hope for healing and recovery for all involved,” Sheriff Jeff Hollowell said in a statement Thursday.

Once the couple was located Wednesday through aerial reconnaissance, a hoist operation was attempted, but “due to the extreme location the two team members who rappelled down were unable to reach Lofgren and Henkel,” according to the sheriff’s office.

The search and rescue technical team was then called in to descend the canyon. 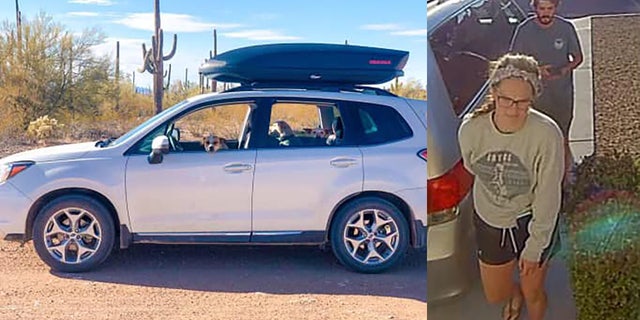 Lofgren and Henkel, both of Tucson, left Helendale, California, for the camping trip in Death Valley and were due to return a week ago. A search was initiated on Tuesday when the Inyo County Sheriff’s Office was alerted that the couple had not returned.

The sheriff’s office said Lofgren’s backcountry itinerary was thoroughly checked, along with every attraction and tourist site along Highway 190, with no results. A “be on the lookout” notice was sent to the California Highway Patrol and national park for their white 2018 Subaru Forester.

The missing Subaru was located at approximately 11 a.m. Thursday off Gold Valley Road with a note inside that read, “Two flat tires, headed to Mormon Point, have three days’ worth of water.”

According to the sheriff’s office, the note proved to be a crucial tip in directing search efforts. The couple was described by authorities as experienced campers, and Lofgren was known to camp in remote areas.