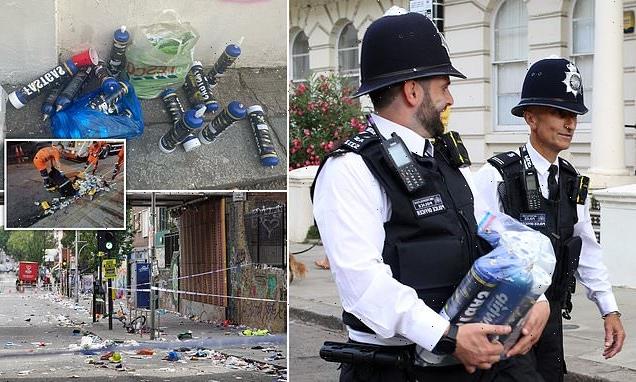 No laughing matter: Army of 200 binmen collect giant aerosol cans of Dutch ‘hippy crack’ from the streets of Notting Hill as huge clean-up operation to clear 300 TONS of rubbish begins after two-day party

Huge Dutch ‘hippy crack’ canisters filled with 80 times more nitrous oxide than normal cylinders have lined the streets of Notting Hill as a major clean-up operation gets under way.

An army of council workers cleared 300 tonnes of rubbish – the same weight as 25 London buses – from the streets of the capital following the two-day party.

Some 200 cleaners and 30 refuse trucks were involved in the huge late night clean-up operation, with 30 per cent of the waste expected to be recycled

The mammoth operation could only begin had to ensure the streets were spick and span by 6am on Tuesday. 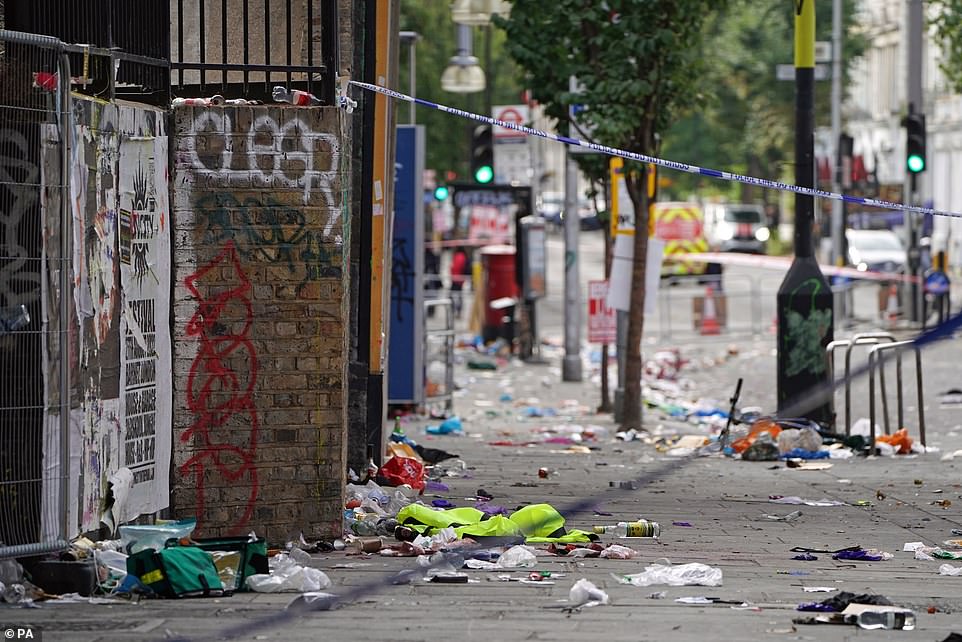 Among the rubbish was hundreds of the large gas canisters have been discarded on the ground in west London, leaving binmen to collect the giant aerosol cans.

Nitrous oxide is regularly taken by young people at parties and festivals, and the small silver canisters it is usually sold in have become a familiar sight in town centres and parks.

But revellers are increasingly using large containers instead, with industrial sized tubes of ‘noss’ appearing at the Notting Hill Carnival in recent days and at another festival in London last weekend.

Experts say the rise in these larger 600 gram canisters, which contain around 80 times the equivalent of the smaller metal cylinders, is a new worrying trend. 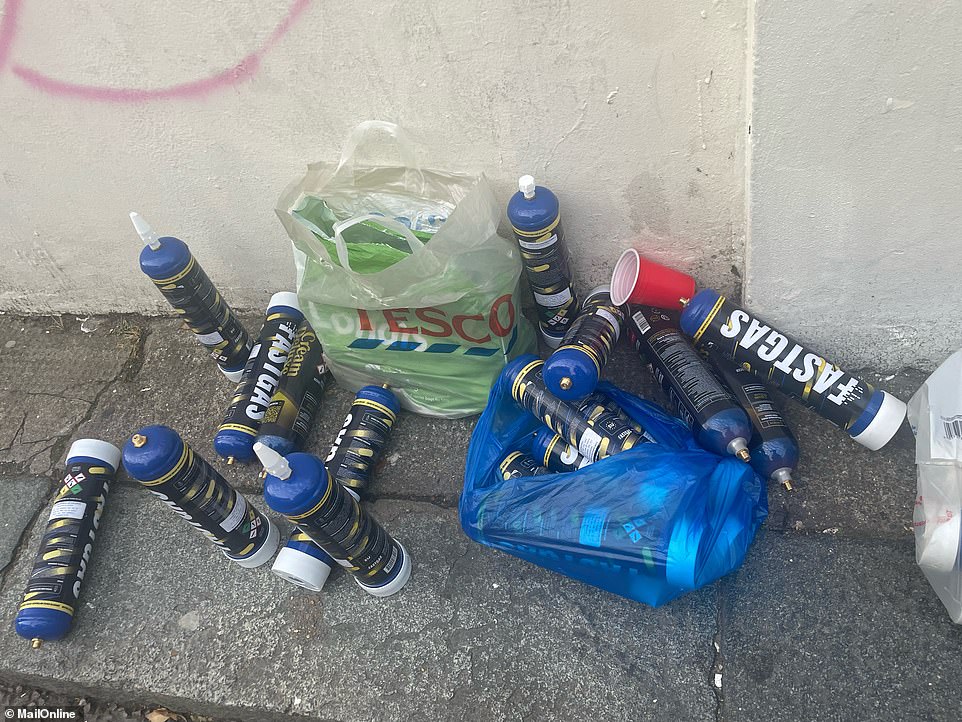 Harry Sumnall, a Professor in Substance Use at Liverpool John Moores University, told the MailOnline: ‘Some of the 600g canisters contain about 80 times the equivalent of those smaller metal ones.

‘There are also canisters up to about 2kg which contains about 250 times the amount in those smaller chargers.

‘The availability of these larger canisters, which are most cost-effective, mean you can get many more times the amount of gas and you are saving quite a lot of money.

‘So in these cash-strapped times it can be quite appealing, especially if it’s going to be shared amongst friendship groups.’

Nitrous oxide is also referred to as ‘laughing gas’, ‘nos’ and ‘hippy crack’.

Nitrous oxide is bought in cannisters and used legally for anaesthesia or as a propellant for whipped cream, however it is often pumped into balloons to be inhaled by those hunting for a ‘high’.

Professor Sumnall explained some retailers are selling these products under the guise of being used for catering purposes when actually the real intention is to inhale it for ‘intoxicating purposes’.

He continued: ‘There has been a couple of legal cases in the UK where it’s been quite clear that people are selling large quantities of nitrous oxide and are selling it for intoxicating purposes.

‘It really does have legitimate catering and industrial uses so we have to be able to maintain that but it’s then obviously more work is needed around the regulation of online sales.’