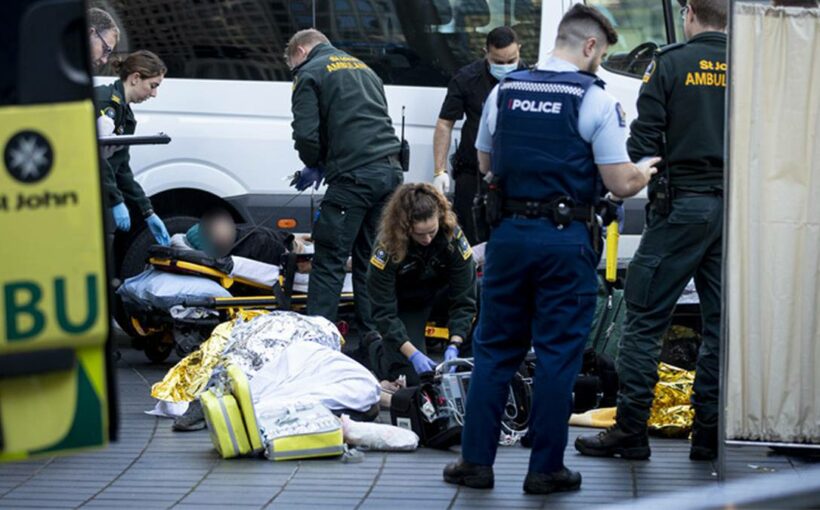 SkyCity is investigating an incident in which three people suffered a suspected overdose outside its central Auckland hotel and Casino today.

The three victims were rushed to hospital after emergency services were alerted to their plight about 8.30am.

In a statement, SkyCity Entertainment Group said it was investigating the incident which occurred nearits plaza in Auckland’s CBD.

“A member of SkyCity staff observed three people unwell and the matter was reported to ambulance and police.

“The three people were transported to hospital by ambulance.

“The matter is now in the hands of police.”

Police and multiple ambulances responded to the incident around 8.30am.

A police officer said three people – two females and one male – had been transported to hospital after ingesting or inhaling some sort of substance.

“We think they’ve ingested or smoked something and obviously OD’ed on something and they’ve gone to hospital to hopefully come round.

“My guess is it would be some sort of synthetic cannabinoid.”

The patients had been found directly outside SkyCity’s main entrance. They would now undergo toxicology tests at hospital to confirm what substance they had taken.

Kai Laidler, a staff member at United Coffee Nation on Federal St, said a woman buying her morning coffee “just ditched it” about 9am after seeing someone being dragged outside the shop.

“She went outside and people were helping someone and then four ambulances came and cops came. Another customer came in 20 minutes later and said they’d had a seizure.”

A man sitting near SkyCity asking for spare change said he understood the trio had been smoking synthetic drugs.

“They just passed out. It wasn’t good. They were incoherent, put it that way.”

The man said security guards erected screens around the three people while they waited for ambulances to arrive.

The man told the Herald he had lost his own brother to synthetics in 2018.

“So that was the last thing I wanted to see in front of me. It’s not good.”