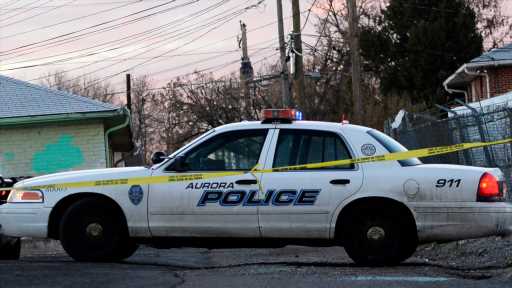 An Aurora police sergeant is on administrative leave after being arrested Monday for allegedly driving drunk and fleeing police once they pulled him over.

Denver police arrested Aurora Sgt. John Moreland, 41, just after 3 p.m. Monday at 4720 Tower Road after an officer saw him weaving in and out of his lane, according to Moreland’s probable cause statement. Moreland ran away from police after he was stopped but returned to the scene a few minutes later, according to the document.

Moreland’s speech was slurred, his eyes were bloodshot and his breath smelled of alcohol, according to the arresting officer.

Moreland joined the Aurora Police Department in 2007, department spokesman Matthew Longshore said in an email. Moreland is on administrative leave after his arrest.

Court records show Moreland in 2016 was charged with prohibited use of a weapon while intoxicated. The charge was dismissed by an Arapahoe County judge as part of a deferred sentence after he completed probation.