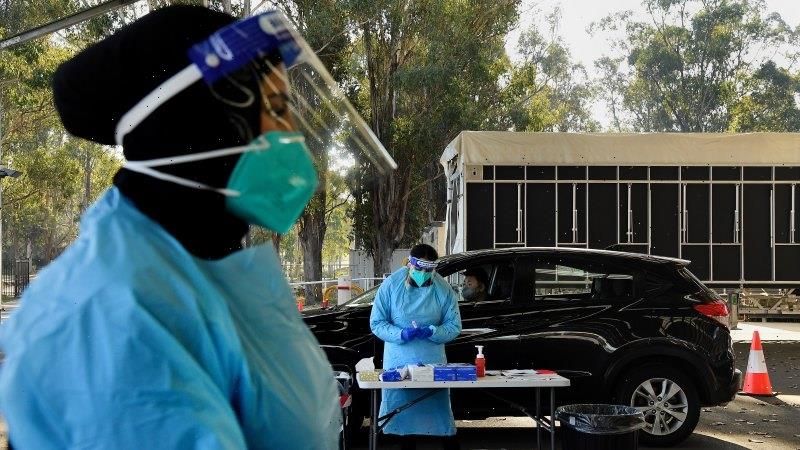 We have made our live coverage of the coronavirus pandemic free for all readers. Please consider supporting our journalism with a subscription.

The decision to halve the number of plane seats available into the country, made by national cabinet, was a separate matter and a non-appearance from Annastacia Palaszczuk could be detrimental to Queensland should it not secure the 2032 Olympics, Mr Turner said. 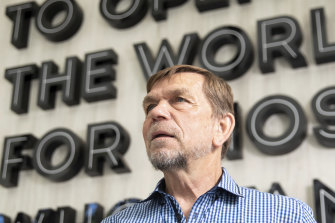 More than 80,000 people have signed an online petition calling for Ms Palaszczuk to be denied an exemption to leave the country.

The full story is available here.

In case you missed it, the NSW government is facing its most difficult decision of the pandemic with senior ministers cautiously canvassing abandoning a zero local transmission strategy and accepting the Delta strain of COVID-19 will circulate in the community.

Three senior ministers, who would not speak publicly due to cabinet confidentiality, have acknowledged the state has reached a “fork in the road” where it must choose between a lockdown to eliminate COVID or living with the virus. 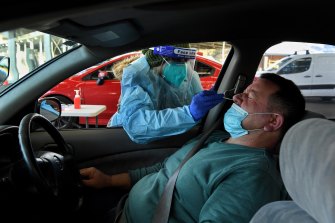 A man is tested in Fairfield in Sydney’s west on Thursday after he was informed he was a close contact of a COVID-19 case. Credit: Kate Geraghty

The discussions will intensify in the coming days as NSW battles to contain the growing outbreak in south-west Sydney, which has much lower rates of vaccination in its elderly population than the rest of the state.

‘This isn’t a crime emergency, this is a medical emergency’: Western Sydney mayor

As we mentioned earlier, additional police are set to descend on south-west Sydney this morning to enforce the city’s coronavirus restrictions.

The mayor of Fairfield, in Sydney’s west, was interviewed on Nine’s Today show just moments ago for his reaction to the crackdown. 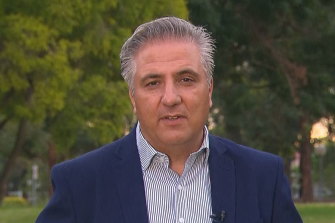 Here’s what he had to say:

“I think people feel they have been mistreated. I think people don’t like it when people push their hand to push people down. People want a hand that lifts them up and I think there’s been a real poor narrative when it comes to this.

Sydney’s hospitals are standing by to mobilise COVID-19 surge plans in preparation for the possible influx of people needing urgent care, as the number of cases in ICU climbs.

More than 10 per cent of the state’s 395 cases are now in hospital, prompting the Australian Medical Association to warn that the system will be overwhelmed if NSW eases Greater Sydney’s lockdown before spread of the highly transmissible Delta variant is contained. 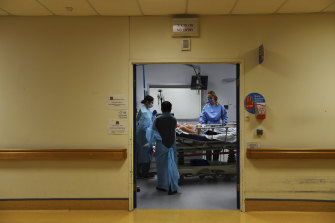 St Vincent’s Hospital is preparing its surge capacity in light of a possible jump in cases.Credit:Kate Geraghty

This morning’s headlines at a glance

Here’s everything you need to know.