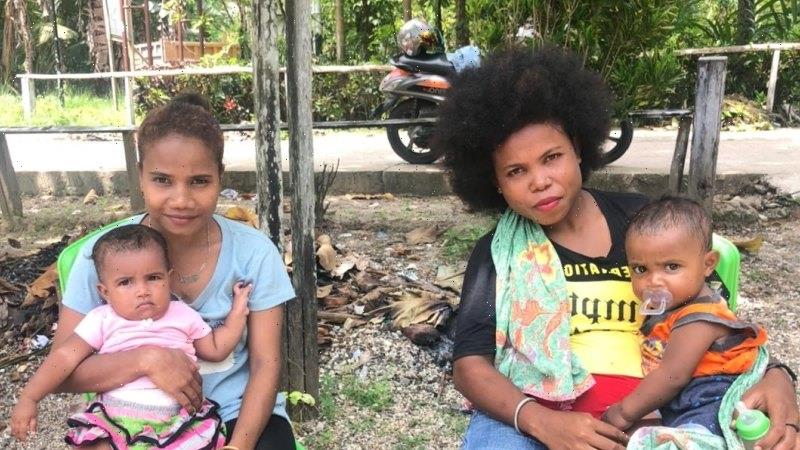 Singapore: In the coastal village of Tanjung Kasuari, on the north-west tip of West Papua, there is no garbage collection service, so the locals burn their household trash.

All of it, that is, except the nappies that have been worn by their young children. 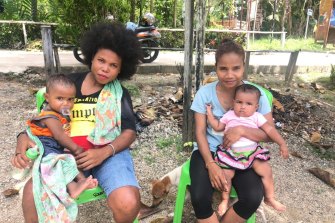 Esterlina and Ella, two of the mothers in Tanjung Kasuari, and their children.

“We usually keep them for a week, then dump them to the beach,” Esterlina, a 26-year-old mother of two girls, told The Sydney Morning Herald and The Age.

The reason they are not incinerated is because of a superstition, passed down through the generations, that by burning a nappy, the child who used it will develop a rash.

It is a belief that is not limited to Indonesia’s easternmost region but one that has contributed to waterways being inundated elsewhere in the south-east Asian archipelago.

“If we burn the nappies the child’s [backsides] will hurt … it feels hot as if on fire,” said Ella, also 26 and a mother to a one-year-old boy, in Tanjung Kasuari. 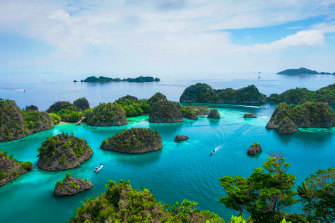 Raja Ampat boasts one of the most biodiverse marine environment in the world.Credit:iStock

The trash disposal on the doorstep of Raja Ampat – an underwater wonderland of unmatched biodiversity at the western end of West Papua – is a snapshot into Indonesia’s waste crisis.

The country of 270 million people is among the world’s biggest marine polluters, ranking behind only China last year.

It is far from alone in south-east Asia, with the Philippines, Vietnam and Thailand having consistently been among the world’s top-10 worst offenders.

But a World Bank report in May described Indonesia’s plastics plight as “one of the greatest environmental challenges of our time”, revealing an estimated 346.5 kilotons of plastic waste was discharged into Indonesian waters every year, two-thirds of it from Java and Sumatra. 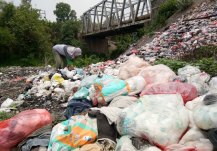 Nappy waste pictured along the banks of the Brantas River in Mojokerto, East Java, in August 2020.

Disposable nappies make up one-fifth of that debris, according to Indonesian biologist Prigi Arisandi, while the Waterkeeper Alliance, a global network of environmental groups, says they are a greater contributor to marine waste there than single-use plastic bags.

So serious has the problem been in eastern Java in particular that two women filed a citizen lawsuit against the central and provincial governments in 2019 claiming their negligence caused the Brantas, the island’s second largest river, to become a nappy waste site.

In the face of this ecological disaster, though, an Australian couple is attempting to prompt changes, starting in the village of Tanjung Kasuari, a short drive north of West Papua’s largest city, Sorong.

Jason and Kim Graham-Nye were alerted to the issue there in February by a superyacht owner – the founder of one of the biggest companies in the world – who came across a disturbing sight at Raja Ampat, a nature lovers’ paradise at the intersection of the Indian and Pacific Oceans and one of the planet’s most desired diving destinations.

“This superyacht owner was diving and saw huge numbers of semi-submerged nappies that baby leatherback turtles were thinking were jellyfish,” Jason Graham-Nye said.

“So he took his boat into the marina in Sorong, spoke to the marina owner and said, ‘We’ve got to do something about this’.”

The Graham-Nyes, who run eco-nappy operation GDiapers, just happened to know the marina owner and have since launched a pilot program offering specially designed, decomposable nappies made from corn starch to mothers in Tanjung Kasuari.

In an effort to preserve Raja Ampat’s untouched quality, conservationists have waged a broader campaign to rid it of the plastic pollution that has tainted its beaches.

The Australian environmental entrepreneurs are setting out to tackle the nappy epidemic at its core, having run similar projects elsewhere including on the south Pacific island of Tuvalu, whose government invited Kim Graham-Nye to be part of its delegation to the COP26 summit in Glasgow. 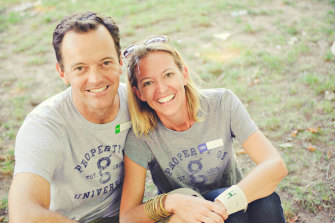 “We deliver [the nappies], collect them, compost them, then sell the compost. It’s a true circular solution,” Jason Graham-Nye said.

The plan is to extend the program to nearby Sorong, but they have the wider picture in Indonesia in mind as well.

“[Indonesia] is the epicentre of the plastic waste problem. There are five rivers in the world that generate 95 per cent of plastic waste and three of them are in Indonesia,” he said.

“In Surabaya, the Brantas River has about a million nappies going in a month.”

Indonesia aims to slash marine pollution by 70 per cent by 2025 and eradicate it altogether by 2040 as part of an ambition of President Joko Widodo’s government to reduce plastic usage, redesign products, double waste collection and recycling, and build and expand disposal facilities.

In announcing the plan last year, Luhut Binsar Pandjaitan, Indonesia’s Co-ordinating Minister for Maritime Affairs and Investment, said “our beautiful nation is grappling with a serious plastic pollution challenge” that was escalating at unsustainable levels.

“In our cities, our waterways and our coastlines, the accumulation of toxic plastic waste is harming our food systems and the health of our people,” he said.

“Our pristine natural environment is a gift that we have treasured for thousands of years, and one that we must pass down to future generations.”

As well as superstition, experts point to a lack of proper garbage infrastructure and a birth rate higher than most developed nations to explain why so many nappies are dumped in the ocean and rivers.

Prigi, the biologist, said the problem persisted there despite district governments providing special containers and disposal sites and removing mountains of waste from riverbanks.

He founded of an environmental activist group focused on pollution in the waterways of densely populated Java.

“Brantas River and other rivers in Java are not yet free from diaper waste. Citarum, Ciliwung and Brantas rivers – these are big and long rivers – are still full of diaper waste,” he said.

“The government fails in providing waste management infrastructure in particular for diaper waste, which falls into the category of residual waste. The producers should be urged to be responsible over diaper waste by redesigning the diaper substance. The society should also be involved in reducing the use of disposable diapers.”

In Tanjung Kasuari, West Papua, they are at least making a start.

A compostable alternative has been well-received there, said Esterlina, one of the mothers in the pilot program.

“It is good because it will be good for our plants and our environment will be clean,” she said.

A guide to the environment, what’s happening to it, what’s being done about it and what it means for the future. Sign up to our fortnightly Clear Air newsletter here.