BBC Weather forecaster Helen Willets noted that across Europe, for the majority it is considered cool. There will be some snowfall in high areas of about 20-30cm while in other areas there will be some snow showers. In the southeast of Europe, they will maintain the warm temperatures for a few more days but have more showers towards the end of the week.

Ms Willetts said: “It has been getting colder this week across the north of Europe.

“That is because we have been introduced to wind coming down from the Arctic.

“That north-easterly wind has made a real difference in the UK and it now moving into France.

“Behind this area of low pressure, it is also bringing in some rain. 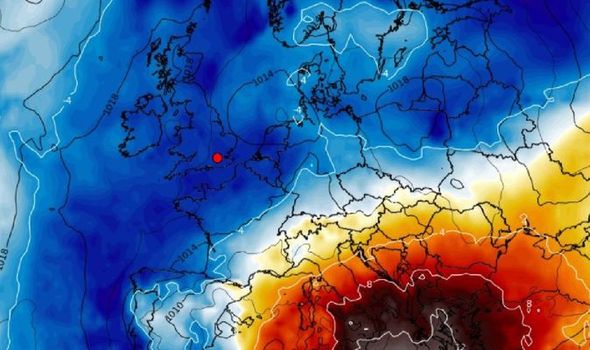 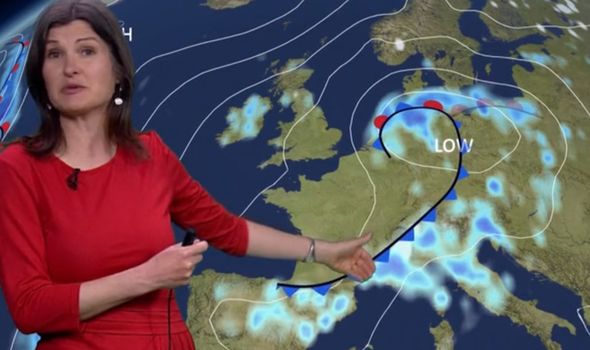 “This is rain across the low country, the baltic states and it is tailing this old weather front and bringing in snow showers.

“We might see 20-30cm of snow along that weather front, along the higher ground that is.”

The BBC Weather forecaster noted that there are still pockets of warmth in Europe.

The south-east of the continent is still experiencing warm temperatures in the high teens and low 20s however with more rain. 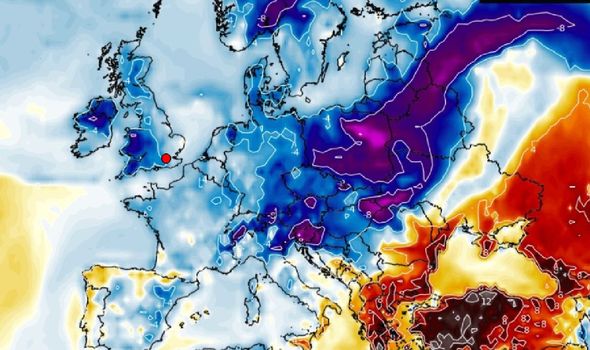 She said: “Further south and east there are still showers.

“There is more dry weather across Turkey, through Cyprus and the Greek islands.

“Not to rule out the odd shower as this cold weather front is moving southwards. 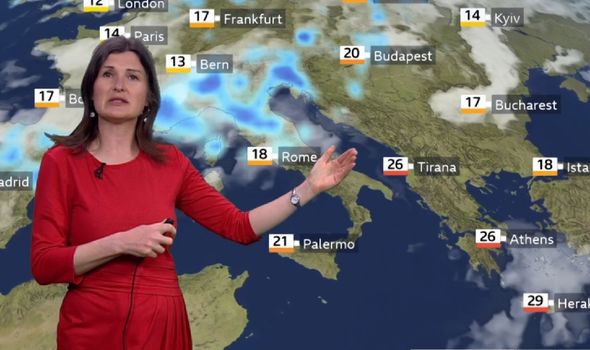 “There will be some quite intense rains in the area which could cause some localised flooding, hail and gusty winds.

“This will also be impacting parts of Spain and Portugal so it is a little cooler here.

“That cooler air will then push eastwards behind our low pressure and move into Poland and Russia.

“That cold air will certainly be settling in for Scandinavia.”