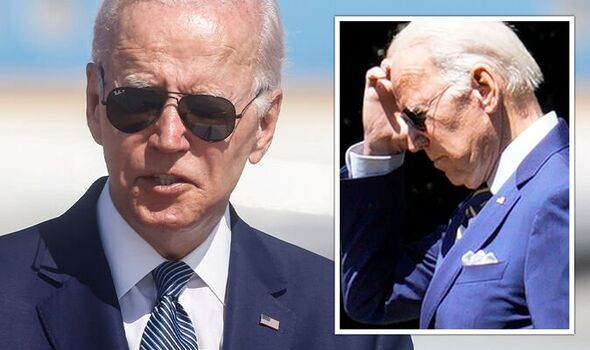 The 70-year-old US President is “experiencing very mild symptoms”, his press secretary Karine Jean-Pierre said, and is taking the antiviral medicine Paxlovid. Mr Biden, who is fully vaccinated and has received two booster jabs, will isolate at the White House and continue to carry out all his duties, including taking part in meetings via telephone and Zoom, a statement added.

Consistent with White House protocol, the president will continue to work in isolation until he tests negative, Ms Jean-Pierre said.

First Lady Jill Biden is said to have tested negative while in Delaware.

The President’s positive Covid test comes just a week after his administration called on people to exercise renewed caution about the virus, stressing the importance of getting booster shots for those who are eligible and wearing masks indoors as two new highly transmissible variants are spreading rapidly across the United States.

The new variants, labelled BA.4 and BA.5, are offshoots of the Omicron strain that has been responsible for nearly all of the virus spread in the US and are even more contagious than their predecessors.

Dr Anthony Fauci, the nation’s top infectious disease expert, said that while the new variants are concerning, with boosters, indoor masking and treatments, the US has the tools to keep them from being disruptive.

He said: “We should not let it disrupt our lives, but we cannot deny that it is a reality that we need to deal with.”

Dr Fauci emphasised that even those who recently had COVID-19 should get a booster, saying “Immunity wanes, so it is critical to stay up to date with COVID 19 vaccines.”

Joe Biden talks about having cancer during speech

The BA.5 variant is estimated to be causing around 65 percent of infections in the US. First identified in January, it has been tracked by the WHO since April.

Eric Topol, a cardiologist and professor of molecular medicine at Scripps Research, dubbed BA.5 “the worst version of the virus we’ve seen”.

Dr Topol told CNN last week that while the sub-variant seems to be less susceptible to immunity and previous vaccines, it doesn’t appear to be as dangerous as previous highly-transmissible Covid versions.

He said: “One good thing is that it doesn’t seem to be accompanied by ICU admissions and deaths as with previous variants, but it is really worrying.”

His remarks echoed those of the WHO’s Maria Van Kerkhove, who said that while rising cases have caused more hospitalisations in some countries, deaths have not gone up dramatically.

There is also no evidence that BA.5 is more dangerous than any of the other Omicron variants, she added, although spikes in cases can put health services under pressure and risk more people getting long Covid.

Mr Biden sparked fears for his health yesterday during a speech on climate change as he appeared to say “That’s why I, and so damn many other people I grew up with, have cancer”.

While on a visit to a former coal plant in Massachusetts, Mr Biden used the present tense in a confusing statement.

Speaking about growing up in Claymont, Delaware, which has many oil refineries, he said: “You’d have to put on your windshield wipers to get literally the oil slick off the window.

“That’s why I — and so damn many other people I grew up with — have cancer.”

White House officials clarified Mr Biden was referring to his past treatment for skin cancer and his deputy press secretary. Andrew Bates, pointed to his 2021 health exam, which noted his treatment for “several, localised non-melanoma skin cancers”. He had these removed before he took office.